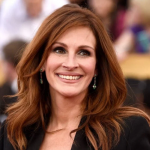 Julia Roberts is the leading name in the Hollywood entertainment industry, who has been contributing as an actress and executive producer since the 1980s. She became a Hollywood star after headlining the romantic comedy Pretty Woman (1990) which grossed $464 million worldwide. Overall, her films have brought in a box office grossing of over $3.8 billion globally. She Julia played the role of Babs in the 1987 film "Firehouse" which was her debut movie but her role was uncredited. In 1987, Roberts appeared in NBC’s drama series Crime Story for her role as Tracy in just 1 episode titled “The Survivor” which was her debut TV Show. She is the owner of a production company named “Red Om”. If you read it reversed, it reads as “Moder”, which is the last name of Julia’s husband Daniel. She is the recipient of various accolades, including an Academy Award and three Golden Globe Awards. For her performance in Erin Brockovich (2000), Roberts won the Academy Award for Best Actress. Her most successful films include Mystic Pizza (1988), Steel Magnolias (1989), Pretty Woman (1990), Sleeping with the Enemy (1991), The Pelican Brief (1993), My Best Friend's Wedding (1997), Notting Hill (1999), Runaway Bride (1999), Erin Brockovich (2000), Ocean's Eleven (2001), Ocean's Twelve (2004), Charlie Wilson's War (2007), Valentine's Day (2010), Eat Pray Love (2010), Money Monster (2016), and Wonder (2017). She has also been named the most beautiful woman in the world by People magazine a record five times.

Julia Roberts sent some sparks flying on July 4 as she took to Instagram to thrill her more than nine million fans about her happy marriage with cinematographer, Daniel Moder. She rarely posts photos with Moder, 52. But on Sunday, the two celebrated an important milestone in their lives -- 19 years of marriage. With the caption, "19 years… Just getting started," the 53-year old Academy Award winner proudly told her fans about her exciting relationship with Moder whom she met on the set of her film, “The Mexican,” in 2000. In her holiday weekend selfie with Moder at the beach, Roberts wore an orange cap and sunglass with her arm wrapped her arm around her husband. The photo has since garnered nearly 600,000 likes from her fans. Roberts and Moder tied the knot on July 4, 2002, in Taos, New Mexico. The “Eat, Pray, Love” star and Moder are parents to 16-year old twins, Hazel and Finn, and son Henry, 14. “Today we start our 20th year of marriage,” Moder said in the Instagram post. “This photo was on a dusty road before that big idea…just holding on to this beautiful girl one day at a time. One epic day at a time.” 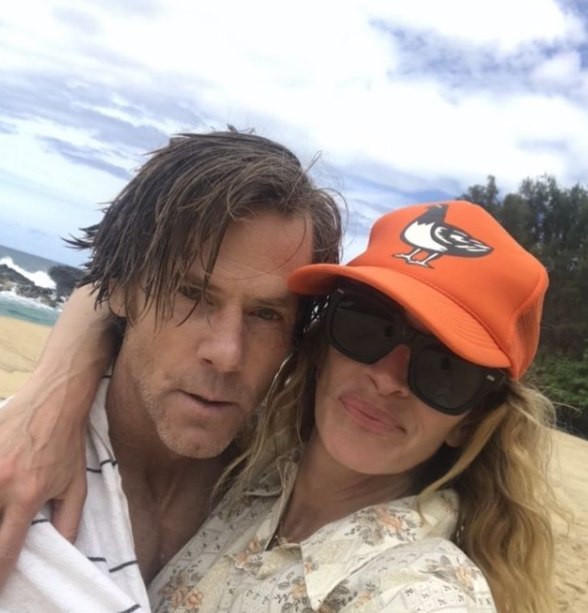 Who are the Parents of Julia Roberts?

Julia Roberts was born on 28th October 1947 in Smyrna, Georgia, the United States. Her born name is Julia Fiona Roberts. She was born to Walter Grady Roberts, her father, and Betty Lou, her mother. She grew along with two siblings including her brother, Eric Roberts, and sister, Lisa Roberts Gillan. Born and raised in a Roman Catholic background, she is currently following Hinduism. Surrounded by the creative individuals from her childhood, her parents were proved as an inspirational source for her to involve in the performing sector. Her nationality is American and her ethnic background is Mixed as she is of Scottish, Irish, German, English, Swedish and Welsh descent. Her race is White. Scorpio is her astrological sign and her religion is Hinduism. Her mother is a Roman Catholic whereas her father was a Baptist. Julia was also raised a Catholic but later became a devotee of the guru Neem Karoli Baba (Maharaj-Ji), a picture of whom drew Roberts to Hinduism. She celebrated her 51st birthday with her dear ones as of 2020.

How was the Career of Julia Roberts? 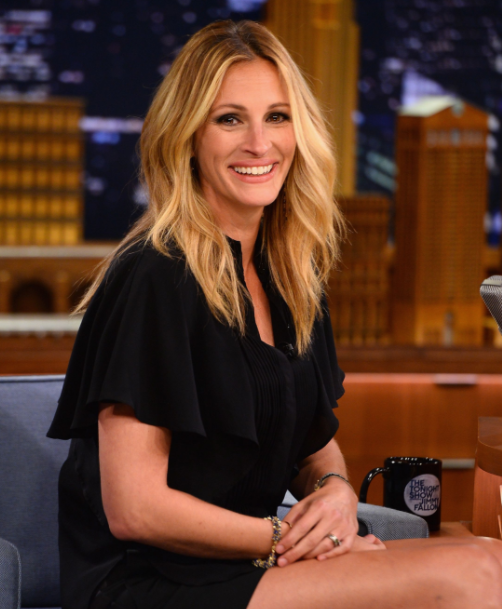 Who is Julia Roberts married to?

Julia Roberts is married to her handsome husband, Daniel Moder, a cameraman since 2004. The couple started dating in 2000, while she was still in connection with Benjamin Bratt and Moder was still married to his first wife. The amiable relationship of the couple has resulted in the birth of three adorable children including 2004 born twins: Phinnaeus “Finn” Walter Moder and Hazel Patricia and 2007 born son Henry Daniel Moder. Currently, she is enjoying her life a lot with her husband and kids. Her sexual orientation is straight. 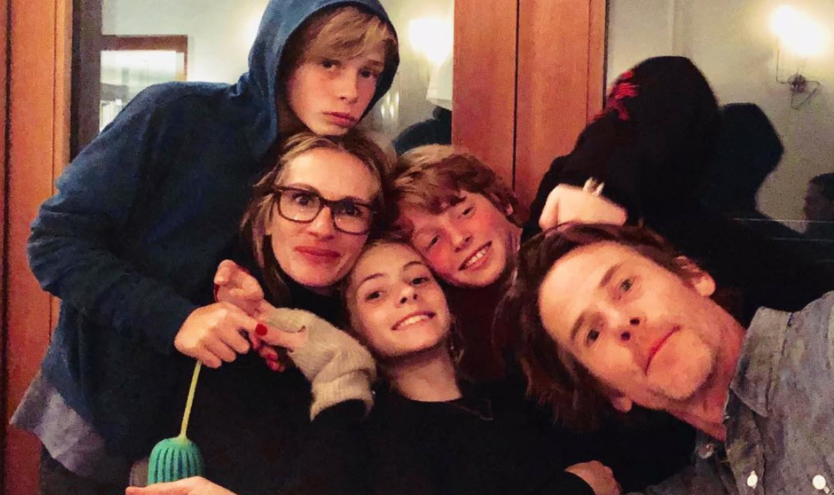 Julia Roberts had shared her first marital bliss with Lyle Lovett, a singer in 1993. Just after two years of connection, the couple separated by the official divorce in 1995. Moreover, this beautiful and gorgeous star was reported for her romantic connections with several other celebrities like Liam Neeson, Jason Patric, Kiefer Sutherland, Matthew Perry, and Dylan McDermott.

She has two pet dogs named Satchmo and Diego.

What is the Net Worth of Julia Roberts?

Through her lifetime work in the acting line, she has garnered a net worth of $250 million as of 2021. She has established herself as the highest-paid actress worldwide. Her earnings and salary is still to get disclosed yet. She is enjoying a luxurious lifestyle from her earnings. Her openhanded behavior has shown her interest in involving in charitable works. Along with the elevated fame in the Hollywood movie line, she has been highlighted with several tabloids regarding the subjects of plastic surgery with the process of nose job, Liposuction, and Botox treatment. This light-hearted woman has given her resources and time to UNICEF and supporting various charities and foundations as well. Providing donations to the poverty eradicating programs and supporting several campaigns like ‘Chime for Change’ of Gucci for spreading female empowerment, she has reflected her charities works. She has endorsed a number of brands such as America Online, L’Oreal, Lancôme, Nationwide Insurance, Gianfranco Ferré (received $5 million), Caffè Lavazza, Givenchy, etc. Her major source of wealth comes from her acting career.

How tall is Julia Roberts?

Julia Roberts is a very beautiful actress with hot body figure. She has a tall height of 175 cm or 5 ft 9 in and her weight consist of 58 Kg or 128 lbs. Her hair color is Dark Blonde and she has a pair of beautiful light brown eyes. Her body measurement is 34-24-35 in or 86-61-89 cm. Her dress size is 4 US and her shoe size is 9 US. Overall, she has got a healthy body with charming smile.

Trivias About Julia Roberts You Need To Know.