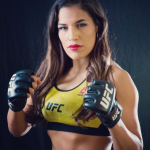 Julianna Pena is an American professional mixed martial artist. At present, she competes in the bantamweight division of the Ultimate Fighting Championship, where she is the current UFC Women's Bantamweight Champion. Moreover, she is also the first woman to win The Ultimate Fighter. As of 13th December 2021, she is ranked #4 in the UFC women's pound for pound rankings. She made her professional MMA debut in May 2009 in a match against Raylene Harvey. She won the match in 2 minutes and 58 seconds via submission after putting Harvey in a rear-naked choke. She made her TV show debut in 2013 with the reality action series The Ultimate Fighter. In 2013, she was awarded the mixed martial arts comeback of the year award. She is nicknamed 'The Venezuelan Vixen'.

What makes Julianna Pena so famous? 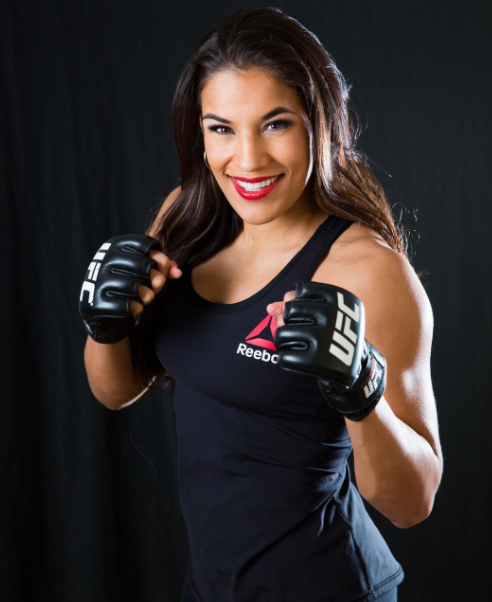 What Nationality is Julianna Pena? Know About Her Birthplace, Family, and Real Name

Julianna Pena was born on 19th August 1989 making her the present age of 32 as of 2021. Her birth name is Julianna Nicole Pena. Her hometown or birthplace is Spokane, Washington. She was born as the youngest of four children to her parents; Ernie Pena (father) and Pamela Pena (mother). Thus, she has three siblings. She is the younger sister of former KREM 2 reporter and morning/noon meteorologist Grace Peña. She is American by nationality and her ethnicity is mixed as she is of Mexican and Venezuelan decent. Her race is White. Her Zodiac sign falls under Leo and she follows the Christianity religion.

About her education, she graduated in 2007 from Mt. Spokane High School. After that, she attended Spokane Community College. Next, she enrolled in a cardio kickboxing class to lose weight and channel aggression in her early adulthood, and subsequently, she transitioned to mixed martial arts. 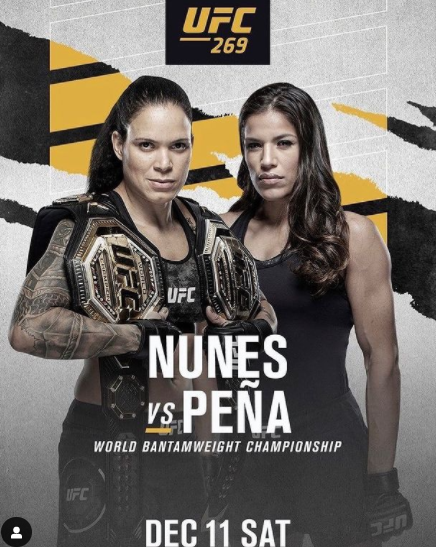 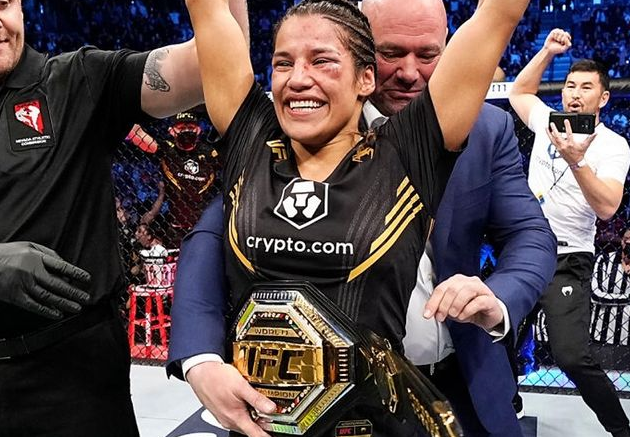 Julianna Pena Personal Life: Who is she married to?

Julianna Pena is a married woman. Whereas there are no details regarding her husband's name, married date, and their relationship history. She is very secretive when it comes to her personal life. In January 2018, she gave birth to her first child, a daughter namely Issa Cruz. She is enjoying her present life happily without any disturbances. Her sexual orientation is straight. 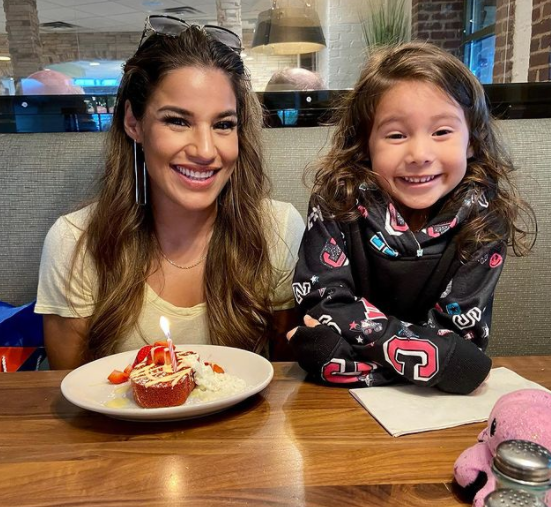 Back on 20th September 2015, she was arrested in Spokane, Washington, and was charged with two counts of assault due to an altercation with bar staff following an earlier street fight in which Josh Gow, her training partner on the Sikjitsu fight team, had been injured. A judge later granted a stipulation order of continuance in her case such that if Peña had no other incidents for a year, the case would be dismissed.

Julianna Pena Net Worth in 2021: How much is she making annually?

Julianna Pena is a talented and successful fighter. She is one of the best female fighters in the UFC who currently competes in the bantamweight division. Her net worth is estimated to have $500K as of 2021. Her contract with UFC pays her a salary of $56K as per reports. At present, her exact salary has not been disclosed yet. However, she is living a cool lifestyle as of today. She has not done any endorsement deals.

Julianna Pena Body Measurements: How tall is she?

Trivias About Julianna Pena You Need To Know.