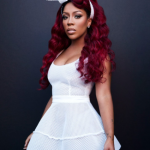 American singer, songwriter, and television personality is named for K. Michelle who rose to fame after appearing as a regular cast member of VH1's TV series "Love & Hip Hop: Atlanta" for two seasons. She got her first big breakthrough with the success of her single, "Fakin It". She started her music career in 2009 after having signed a record deal with Jive Records. Signing with Atlantic Records, she released her debut studio album, "Rebellious Soul" which debuted at number two on the US Billboard 200, and number one on the US Top R&B/Hip-Hop Albums charts. Her second studio album "Anybody Wanna Buy a Heart?" was released on 9th December 2014. The album sold 87,000 copies in its first week in sales. Her third studio album, "More Issues Than Vogue" was released in March 2016. Her fourth album, "Kimberly: The People I Used to Know" was released on 8th December 2017. Her fifth studio album, "All Monsters Are Human" was released on January 31, 2020. The album was preceded by two singles "Supahood" and "The Rain". While growing up, she took piano and guitar lessons. She also took formal voice lessons from Bob Westbrook, who has also trained popular singers such as Justin Timberlake and Britney Spears. As an actress, she has also starred in reality series "Love & Hip Hop: New York", "K. Michelle: My Life" and "Love & Hip Hop: Hollywood" (under the name Kimberly), as well as in her own special, "The Rebellious Soul Musical", directed by Golden Globe winner Idris Elba. She made her first TV show appearance on the comedy talk show, "The Mo’Nique Show" in November 2010. She won a Soul Train Music Award and an NAACP Image Award in 2013 and 2014. She was also honored with an ASCAP Women Behind the Music award in 2015. She is also active in social media sites having more than 6.9 followers on her  Instagram account @kmichellemusic, more than 1.6 million followers on her Twitter account @kmichelle, and more than 5.7 million followers on her Facebook account 'K. Michelle'. 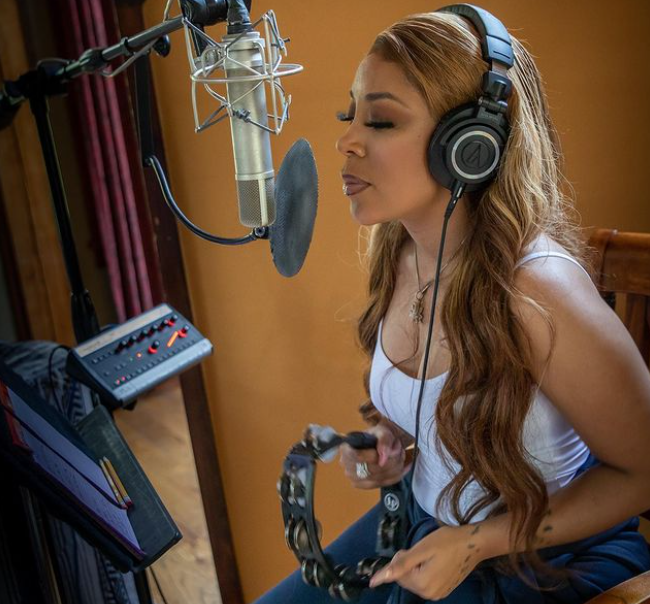 What is the Ethnicity of K. Michelle?

K. Michelle was born on 4th March 1985 and her birthplace is in Memphis, Tennessee, the United States of America. Her real name is Kimberly Michelle Pate. She is American by nationality and her ethnicity is American-African making her the race of black. About her parents, K. Michelle has not stated anything. However, the only thing known about her family is that she has a sibling, a younger sister named Shalah Pate. Her horoscope sign is Pisces and her religion is Christian. She credits her faith for everything she has achieved in life. In fact, she carries a Bible in her purse.

For her education, Michelle attended & graduated from Overton High School in Memphis in 2000. Then, she earned a music scholarship at Florida A&M University (FAMU). She completed her university studies with honors and had admission offers from top law schools but she decided to focus on her music.

How was the Career of K. Michelle?

Who is K. Michelle Dating?

K. Michelle is not married yet but she is currently in a relationship. She is dating her handsome boyfriend, Kastan Sims. The duo is living a happy life as of now. Her sexual orientation is straight. 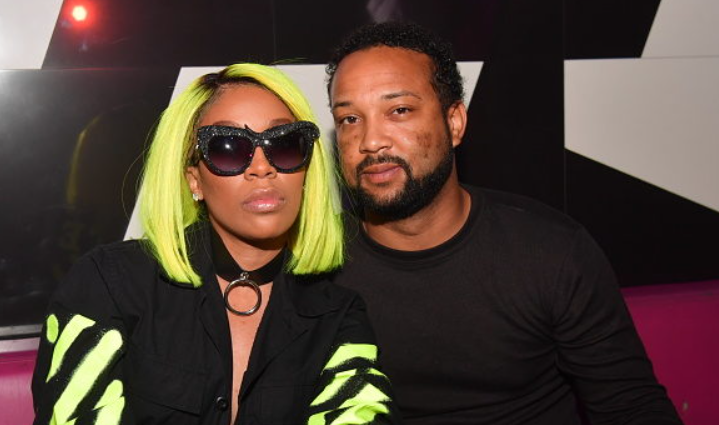 Back to K. Michelle's past affairs, she firstly dated a guy named Brian while she was studying in university. She even got pregnant during the course of their relationship and had to suspend her studies to give birth to her son, Chase in September 2004. Later, they split and Brian got married to Michelle's sorority sister. She then dated a former NFL player, Chad Johnson. There were also rumors of her having affair with rapper and actor, Shad Moss. She also had a relationship with Mickey Wright from 20008 to 2009. In the year 2012, she dated Ryan Lochte and J.R. Smith. After a year, she dated basketball players Lance Stephenson and R. Kelly. After then, she started going out with English actor Idris Elba at the end of 2013. Rumors rose about her being involved with rapper Meek Mill while he was lending some helping hand for her album, "Anybody Wanna Buy a Heart?" in 2014. Likewise, she had a short-lived relationship with NFL player, Chris Johnson in 2014. She also started dating basketball star, Bobby Maze in the same year. During the course of their relationship, she even got pregnant with the player's baby but she decided to undergo an abortion. In the summer of 2016, she had a very short-lived relationship with NFL star, LeSean McCoy. Later, they ended their relationship. In her interview with Hollywood Unlocked in August 2018, she insulted him by claiming that he had very small manhood and didn’t last long in the bed as well.

What is the Net Worth of K. Michelle?

K. Michelle is a very successful and talented rapper, R&B recording artist, pianist, guitarist, songwriter, and reality TV personality who has accumulated a huge amount of money. Her four albums are all hits and her album has sold over half a million copies. As of 2021, the net worth of K. Michelle is estimated to have $15 Million. Her salary is more than $1 Million annually.  Her luxury includes a mansion in ATL worth around $2 million and she also owns a Porsche. What's more, she has also opened her own restaurant in Georgia called Puff & Petals. Her source of earnings comes from her songs, albums, sponsorship, advertisements, and endorsements. She has used her social media popularity to earn lucrative endorsement deals. She has promoted the following products and brands through her social media posts Jack Daniel's, Fashion Nova, D Hair Boutique, Sea Lily Malibu, Jessica Rich Collection. As part of her endorsement deal with Jack Daniel’s, she has received rights to create her own signature drink. She is living a lavish lifestyle.

How tall is K. Michelle?

With a Voluptuous body build, K. Michelle has a height of 5 ft 1 in or 155 cm. Her weight consists of 55 Kg or 121 lbs. Her body measurement is 35-25-40 inches. She has brown eyes and black-colored hair. She likes experimenting with other hair colors such as 'Red' and 'Auburn'. She has a Curvaceous body figure. She has also inked tattoos. She has also gone through some plastic surgeries procedure. K. Michelle has found herself trending on Twitter. In a post on the app from Wednesday, the singer and reality star posted a picture of her new look, including brand new pink hair and to some, an unrecognizable face. She shared in the picture, "Y'all got your summer styles together? Today you can call me Pinky," along with a brand new selfie. Tweets started flooding in on Wednesday after the singer shared the post. While many confirm she looks beautiful in the picture, most users are just confused as to how different she seems to look to them. One Twitter user wrote in a tweet, "K Michelle looks great she just don’t look like K Michelle." Another user seemed to share similar sentiments, writing in the tweet, "Y'all really expect me to believe that’s K. Michelle…?" 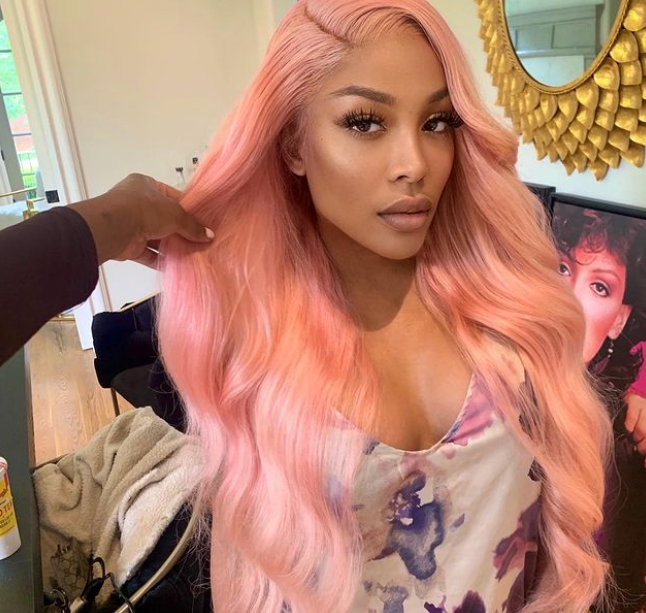 Trivias About K. Michelle You Need To Know.