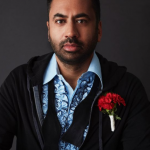 Kal Penn is an American actor as well as a former White House staff member in the Barack Obama administration. Being an actor, he is famous for his role portraying Lawrence Kutner on the television program "House", the character Kumar Patel in the "Harold & Kumar" film series, and appeared as Gogol in the film "The Namesake". He has also served as a visiting lecturer in Asian American Studies at the University of Pennsylvania in 2008. He was working on a graduate certificate in international security from Stanford University in 2014. He joined the Obama administration as the Principal Associate Editor in the White House Office of Public Engagement in April 2009. He then left his post in June 2010 to film the third installment of the Harold & Kumar series, "A Very Harold & Kumar 3D Christmas", returning to his White House job upon the movie's completion. In July 2011, he again left the White House to accept a role in the television series "How I Met Your Mother". He played Seth Wright in the political drama "Designated Survivor" from 2016 to 2019. He also went on to host a political talk miniseries on Freeform called "Kal Penn Approves This Message" in 2020.

What is Kal Penn Famous For? 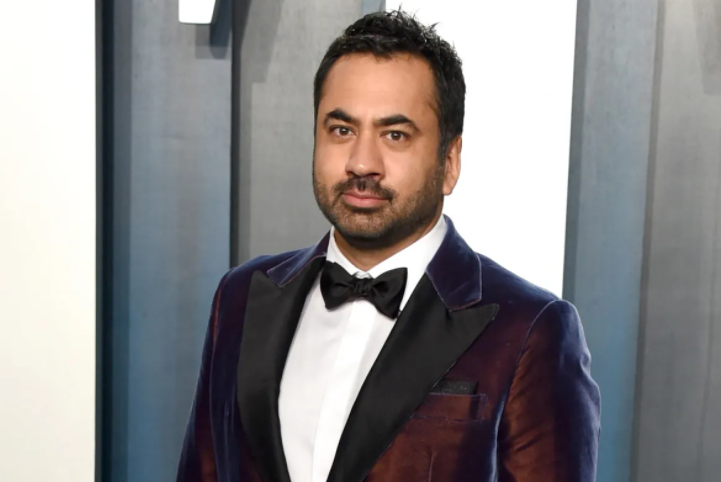 Who are Kal Penn Parents? Know About His Nationality, Ethnicity, and Education

Kal Penn was brought into this world by his parents on 23rd April 1977. His birth name or real name is Kalpen Suresh Modi. His place of birth is in Montclair, New Jersey, the USA. His father, Suresh Modi is an engineer by profession, and his mother, Asmita Bhatt is a fragrance evaluator for a perfume company. His father is from Kaira and his mother was born in Baroda. He is American by nationality and his ethnicity is Mixed. He has stated that stories of his grandparents marching with Mahatma Gandhi during the Indian independence movement were a significant influence on his interest in politics. His religious belief is Hindu and Taurus is his Zodiac sign. He has a younger brother named Pulin. His parents were traditional Gujrati immigrants who wanted their son to become a lawyer or a doctor, but Kal chose to be an actor instead. He celebrated his 44th birthday as of 2021.

Regarding his educational background, Kal Penn attended Marlboro Middle School (located in Marlboro Township, New Jersey). There, he played baritone saxophone in the jazz band. After then, he attended The Fine and Performing Arts Academy (a magnet program) as a Theater major at Howell High School for freshman year, and later, he transferred to Freehold Township High School for sophomore, junior, and senior years; both schools are part of the Freehold Regional High School District. He was also active in the schools' theater productions and competed on the Freehold Township public speaking team. In 2000, he graduated from UCLA and double majored in film and sociology. 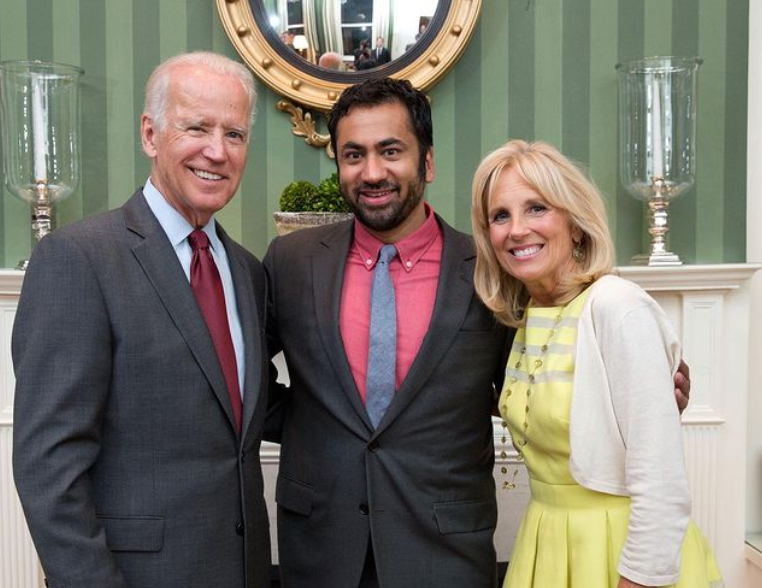 Kal Penn Partner and Boyfriend: Who is he engaged to?

Kal Penn is an engaged man. On 31st October 2021, he announced that he and his partner of 11 years, named Josh, were engaged to be married. The announcement comes in tandem with further details on his memoir, You Can't Be Serious, which is set to release on November 2, 2021. His relationship has been out of the public eye for over a decade, and the book will cover all of the details of his love life that he's willing to reveal. "I'm really excited to share our relationship with readers. But Josh, my partner, my parents, and my brother, four people who I'm closest to in the family, are fairly quiet," he said in the interview. "They don't love attention and shy away from the limelight." The book will cover multiple aspects of his relationship, as well as his family and how they've supported him over the years. "The whole point of writing this book was for the reader to feel like we're having a beer together." "I thought, if we're supposed to feel like we're having a beer together, then I want to take you into my stories and I want you to experience them with the same joy that I've experienced them. That was the way that my friends have met my parents and Josh, as they've gotten to know them over the last 10 years." The engaged couple is enjoying their present life happily without any disturbances. 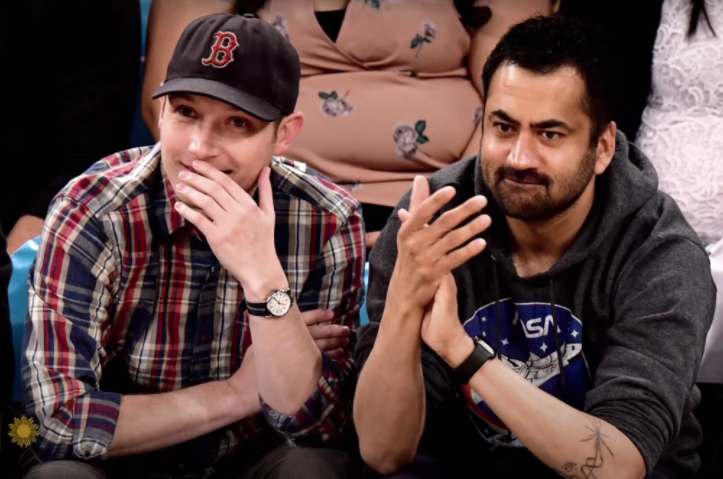 Kal Penn reveals he is engaged to his fiancé, Josh

The actor and former President Obama adviser Kal Penn has revealed that he's engaged to be married. He surprised the public as he come out as gay. He said that he is engaged to Josh, his partner of 11 years. He also told the publication that he felt "very supported" when he came out to his loved ones. He rose to fame in the "Harold & Kumar" movies and recently, he opened up about his sexuality publicly for the first time ahead of Tuesday's release of his new tell-all memoir, which is called "You Can't Be Serious." He added "I shared things with my parents and close friends first. I know this sounds jokey, but it's true: When you've already told your Indian parents and the South Asian community that you intend to be an actor for a living, really any conversations that come after that are super easy." He continued: "They're just like, 'Yeah, okay.' ... That's a wonderful thing. I know everybody has different experiences with that and so I definitely feel very fortunate." He added that he discovered his sexuality relatively late in life. Speaking of the couple's wedding plans, Penn said he wants a big Indian wedding but his partner would prefer a "quick 20-minute thing with our families and that's it." The actor said the pair would have to "meet halfway in the middle." 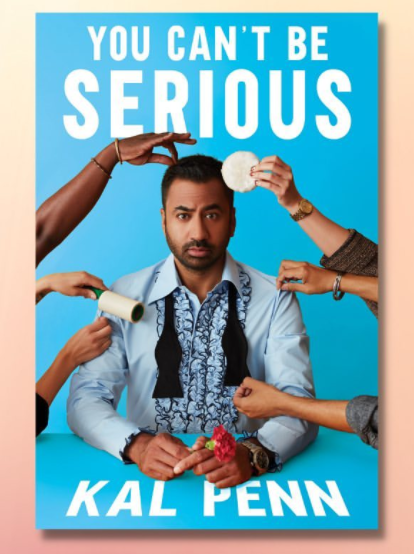 Kal Penn Sexuality: Is He Gay?

In regard to his sexual orientation, Penn said he "discovered my own sexuality relatively late in life compared to many other people." However, he believes that "there's no timeline on this stuff. People figure their shit out at different times in their lives, so I'm glad I did when I did."  Kal Penn surprised everyone publicly coming out as gay. Thus, his sexual orientation is gay.

Kal Penn Net Worth: How Rich is he?

Kal Penn is an actor as well as a former White House staff member in the Barack Obama administration. His net worth is estimated to have $10 Million as of 2021. He has made a huge amount of money appearing in a number of films and TV shows including "Harold & Kumar", "How I Met Your Mother", "House", "The Namesake" and more. His main source of wealth comes from his acting career and he is living a luxurious lifestyle from his earnings. He also purchased a house for $1.2 million in Hollywood Hills which features a courtyard spa, an entertaining deck, a wine cellar, and many other luxuries. He added $1.585 million to his fortune after selling the house in the Hollywood Hills. On 28th January 2017, following a racist comment from a user on Penn's Twitter feed, Penn crowd-funded a fundraiser for refugees of the Syrian Civil War and raised $813,533 which occurred during President Donald Trump's Executive Order 13769, which banned immigration to the United States from Syria, Yemen, Sudan, Iran, Iraq, Libya, and Somalia regardless of visa status. His salary as a staff in the White House was around in the range of $40,000 to $50,000. Working in "Harold & Kumar", he made $75,000 and said, 'I never got a big paycheck from Harold and Kumar Go to White Castle. He won the "MasterChef Celebrity Showdown" and donated the $25,000 cash prize to UNRWA, a United Nations relief and human development agency that supports Palestinian refugees on 2nd January 2017.

Kal Penn Body Measurements: How tall is he?

Kal Penn is a handsome man with a charming smile and glowing face attracting a lot of people towards him. He has a tall height of 5 ft 8 in and his balanced bodyweight consists of 80 Kg. His body measurement is 40-32-12 inches (chest-waist-arms). He has a pair of black eyes and his hair color is black. Overall, he has got a healthy body with an attractive personality. He does not smoke marijuana, saying it is not for him, nor does he eat meat. He is a strict vegetarian. He was reported to have died in June 2016 on Facebook. This report was later confirmed to be a complete hoax.

Trivias About Kal Penn You Need To Know.