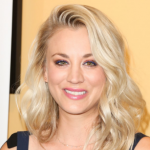 Kaley Cuoco is one of Hollywood’s leading ladies who came to the limelight following her role on the ABC sitcom 8 Simple Rules. She grabbed tremendous popularity after landing a role in the TV series  The Big Bang Theory. Today, we will try to disclosing her all facts including career, affairs, net worth, and many more in this biography!

While it pains me to say this, there are only a few more episodes left until we have to say goodbye to The Big Bang Theory forever. After 12 successful seasons, the CBS sitcom - which is one of the longest-running staples of network TV, by the way - is coming to an end on May 16. I recently got to chat with Kaley Cuoco about what fans can expect from the series finale, and to say I was ecstatic is an understatement. Not only have I been following the gang since Leonard (Johnny Galecki) first laid eyes on Penny (Cuoco) in the hall of their apartment building, but I also feel like I know the cast better than I know my own friends. I've even grown to love Sheldon (Jim Parsons) and caught myself singing "Soft Kitty" to my boyfriend on multiple occasions (don't ask).

While the show's final episode hasn't even been written yet, the 33-year-old actress said, "It's going to be a surprise to all of us." "Everyone is struggling to let go of this show, even the writers. I know that we're all going to freak out reading that final episode," she added. "I hope that whatever loose ends they felt [they] needed to tie up will be tied up. I'm sure they want to see where all these characters end up, and I think the writers don't want to leave some sort of ending. They want these characters to live on in people's minds and hearts, so it's going to have to be written in a very special way."

Regardless of the ending the writers ultimately decide on, Cuoco just has one request: "I'd love to see the elevator get fixed." OMG, same!

Cuoco got her first big break in 1992's Quicksand: No Escape, but it wasn't until she starred on ABC's 8 Simple Rules that people (myself included) finally began noticing how funny the star is. Still, Cuoco is best known for her role as Penny on The Big Bang Theory, and she says everything she does going forward "will be owed" to the show.

"I just love this character. It's a great example of a character that has grown," Cuoco said. "We went from this single, young, bartender waitress to getting married, having a business and a job, and I love that the show didn't go the normal route. Penny didn't want to have kids, and they've kind of taken that and run with it, which I think is really interesting. It's been such an iconic, fun character."

So what's next for Cuoco? Well, in addition to recently launching her own production company, Yes, Norman Productions, the actress is starring in and producing a limited series based on Chris Bohjalian's The Flight Attendant novel. "This is the first time I have a project that I'm kind of nurturing from the beginning, so it's been a really interesting experience," Cuoco explained. "It's got a lot of aspects. It's very sexy. It's a really well-written book, which is why I wanted to option it. I'm ready to bring the character to life."

But that's not the only new series Cuoco is working on! The actress is also the host of Shell's new YouTube show, The Great Travel Hack, which aims to "inspire consumers to protect our environment by choosing low carbon transportation options." The digital series follows two teams as they "battle it out to travel from LA to NYC using the lowest amount of CO2 emissions possible." I can't wait to see what else Cuoco has in store for us!

Where did Kaley Cuoco grow up?

Kaley Christine Cuoco was born in Camarillo, California. She is the daughter of Layne Ann, a homemaker, and Gary Carmine Cuoco, a realtor. Her younger sister, Briana, competed on the fifth season of "The Voice."

As a child, Cuoco was a regionally ranked amateur tennis player, since the age of three. To focus on her acting endeavors, she stopped playing at the age of 16 in 2002. She was home schooled on the set and earned her high school diploma at age 16. She did six Barbie commercials when she was younger.

There is no information on Kaley’s educational background.

Awards and Nominations of Kaley Cuoco

Who did Kaley Cuoco dating? 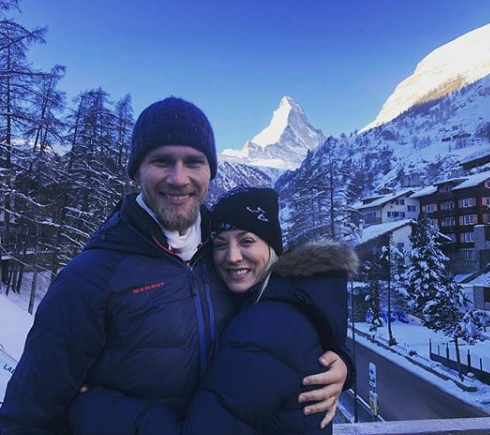 Everything To Know about Karl Cook

Kaley Cuoco was having romantic love affairs with her co-star Johnny Galecki. They were in relation since the start of the series and they end this love life in the mutual understanding at the end of 2009.

In October 2011, Kaley got engaged to Josh Resnik however, this engagement was dissolved within five months.

In September 2013, news about her getting engaged to Ryan Sweeting became public. He is a professional tennis player. They finally got married on the 31st of December 2013. They lived together as a loving spouse for about one and a half year and then their separation and her desire to divorce him became public.

The couple, nonetheless, parted ways after three years of the marital relationship. Following their divorce, the actress went on to date equestrian Karl Cook. The couple got engaged on November 30, 2017. The two exchanged the vows on June 30, 2018.

After her second wedding, Cuoco underwent shoulder surgery. The couple divorced in 2021. 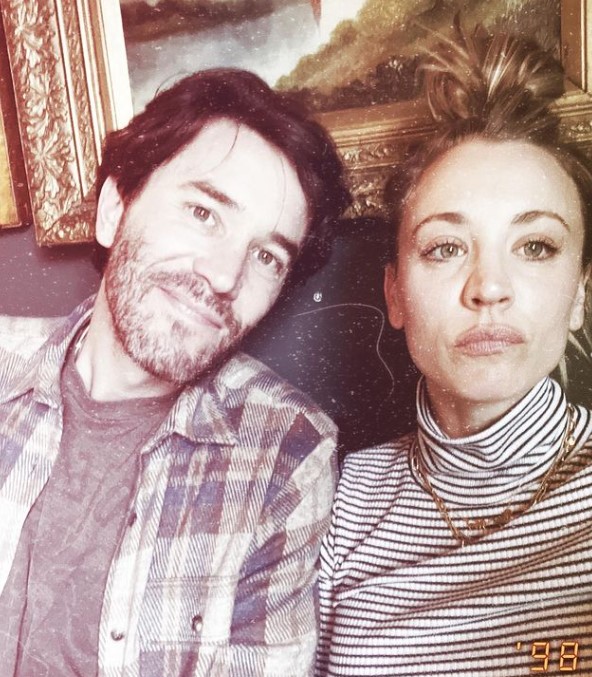 Who is Tom Pelphrey? Everything To Know About Kaley Cuoco's New Boyfriend

Cuoco made headlines in May 2022 after she introduced her new love interest to the public. She went Instagram official with a new man, Tom Pelphrey who is also an actor. Pelphrey is best known for his work in series, Guiding Light, As the World Turns, Banshee, Iron Fist, Ozark, and Outer Range.

Cuoco shared his picture for the first time on Instagram on 4 May 2022, which wrote,

rays of gold slipping into my eyes and heart, rays of yellow to break the grey’"

Pelphrey also shared their pictures on Instagram and captioned them with a romantic quote,

"But nothing can save you. Not your friends, not the best Fred Astaire musical you’ve ever seen- the grace of it, not your mother’s beauty, not a line from a letter you find at the bottom of a drawer, not a magazine or the next day. Nothing can save you. And you stand in the moonlight and a sweetness comes off the top of the trees, and the fence around the yard seals you off from the dark and you can’t breathe. It is all so familiar and possible. It is too simple that there is this much good in the world and you don’t know how to have it. And it makes you wonder when it was you lost your place. Then you catch a breeze, so warm and ripe, it makes you hope that someone will come who also cannot save you, but who will think you are worth saving." - from Noah's wall -1/31/04"

Kaley Cuoco has been standing with a perfect height of 5 feet 6 inches and weighs around 57 kg. Her body size is 35-24-36 and Bra size is 32C. Her dress size is 6 (US) while shoe size is 9 (US). She has a bubbly personality with blonde hair and hazel eyes.

Trivias About Kaley Cuoco You Need To Know.