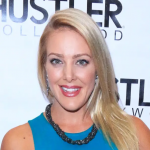 Kate Quigley is a talented American comedian, actress, and model who is well recognized for hosting Playboy TVs "Undercover" and the 2016 AVN Awards. She was the host of The Hollywood Pool Party on Periscope. Her standup credits include CMT's The Josh Wolf, the FOX's Talkshow with Spike Feresten, and NBC's The Megan Mullally Show, among others. She previously got a theater scholarship in Chicago and majored in acting. Kate's acting credits include "Star Trek: Hidden Frontier", "My Super-Overactive Imagination" (2013-2015), "Guber" (2016), and "The Office". She has gained more than 174k followers on her Instagram.

Comedian Kate Quigley told a friend she is doing ok after she was hospitalized after reportedly taking a tainted batch of cocaine that resulted in three deaths. "I'm alive. I'm not great. But I'm ok," Quigley texted her comedian pal, Brian Redban after he asked how she was following the tragedy at a Venice home on Friday night.

Quigley was hospitalized after attending a party in Los Angeles on 4th September 2021. The party was held next door to where Quigley lives in Venice. She was reportedly in critical condition after overdosing on cocaine laced with fentanyl. Three other people at the party died including Natalie Williamson, 33, Enrico Colangeli (Rico Angeli), 48, and Fuquan Johnson, 43, per the Los Angeles County coroners' office. Comedian Brian Redban also posted an update on social media regarding Kate's health on 5th September 2021 and she responded to him that she was alive.

Where is Kate Quigley from?

Kate Quigley took birth on 8th February 1982 in Canton, Ohio, U.S. She holds American nationality and she belongs to the American-white ethnicity. Similarly, her religion is Christian and her race is white. Kate's present age is 39 which she recently celebrated in 2021. As per her birth date, her zodiac sign is Aquarius. She has not shared much regarding her parents however we know that her parents, were supportive and kind. She has two siblings named Glen and Greg Doherty, with whom she spent her whole upbringing. Glen, her older brother, was a retired Navy Seal and a pilot. Unfortunately, he was killed in the 2012 attack on the US Consulate in Benghazi, Libya.

Moving to Kate's education, she left home to study theater at the Chicago College of Performing Arts.

Kate Quigley is a married woman. She was previously married at the age of 19 to her high school boyfriend. However, things did not work out, and they split up. It was known that she was dating Darius Rucker who is a singer and songwriter. She was linked up with Rucker at the beginning of the summer last year and they allegedly began dating in July 2020 after Darius announced that he is separating from his wife, Beth Leonard. But, the duo is rumored to have gone their separate ways after less than a year together. It's not clear why the couple parted ways. They were allegedly together for much of 2020 after the former Hootie And The Blowfish frontman's divorce. In May, Quigley shared a photo of herself with Rucker wearing matching T-shirts with the caption "These couples are the worst". Talking about Kate's sexual orientation, she is straight.

Kate Quigley has a net worth of around $400,000 as of 2021 whereas her exact amount of salary has not been disclosed yet. With her hard work and luck by her side, she can double the amount of wealth she has today. Kate has not done any endorsement work yet. In addition, her major source of income is from her comedian, actress, and model career.

Kate Quigley is 5 ft 5 in / 165 cm tall and her body weighs around 115 lb / 52 kg. She has good-looking blonde hair and dark brown eyes color. Kate's killer stilettos with short fabulous dresses showing off her envious long legs make her the object of desire among the men belonging to any age. She has a slim body build with 31-24-35 inches of body measurement.

Trivias About Kate Quigley You Need To Know.