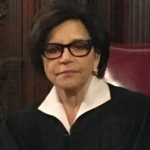 Kathryn Kates was an American actress who was well-recognized for her appearances on the popular American television sitcom, "Seinfeld" where she had the recurring role of Counter Woman in the episodes "The Rye", and "The Dinner Party". Kates also received good recognition for her appearances in the hit television series including "Law & Order: Special Victims Unit", and "Orange Is the New Black". She was also one of the founding members of "The Colony Theatre" along with other 24 actors. Her marvelous acting in the films, earned her much popularity in the acting industry until her death on January 22, 2022, due to lung cancer. She was 73 years old at the time.

What was Kathryn Kates famous for?

Kathryn Kates Cause of Death

Kathryn Kates passed away on January 22, 2022, just a week ago her 74th birthday. She was 73 years old at the time. She died of lung cancer in her brother's home in Lake Worth, Florida. Her death left her family, friends, relatives, and fans in grief. She was survived by her brother, Joshua Kates, and her sister-in-law, Sue Ann Kates at the time of Kates's death.

Where was Kathryn Kates born?

Kathryn Kates was born on January 29, 1948, in Queens, New York City, United States. Her birth name was Kathryn Jane Kates. Her nationality was American. Kates belonged to the White ethnicity while Aquarius was her zodiac sign.

She was born as the daughter of Louis Kates(father) and Sylvia Kates(mother). Her father was an electronics engineer while her mother was an actress who acted with the stage name "Madelyn Cates". She had a brother, Joshua Kates who is a former Psychotherapist in Private Practice. She also had a sister, Mallory Kates. Kates was raised along with her siblings in her hometown, New York City. She did her schooling at Great Neck North Senior High School where she was graduated in 1971. Then, she attended New York University. Since her childhood, she was interested in acting and wanted to pursue it as her career. She considered her mother as her inspiration. Then, she moved to Los Angeles to pursue her career in acting.

Kathryn Kates had married only once throughout her life. She was married to her only husband, Steven Lebetkin. The couple was happily living together in Deerfield Beach, Florida. She was an adventurous woman who used to love to be accompanied by her friends.

What is Kathryn Kates's net worth?

Kathryn Kates had quite good earnings from her professional career as an actress. She had worked in several TV series and films throughout her career. Her source of income was her films and series. At the time of her death, she had a net worth estimated to be around $1 million.

Kathryn Kates was a beautiful woman with an average body physique in her early 70s. She had a height of 5ft. 3inches(1.60m) while her body weight was around 60kg. She had a fair complexion with black hair and brown eyes.

Trivias About Kathryn Kates You Need To Know.