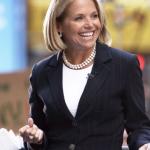 Katherine Anne Couric, popularly known as Katie Couric is an American television and online journalist, presenter, and author. From 1989 to 2014, she worked for NBC News, CBS News, and ABC News where she worked as a co-host of NBC’s Today, the correspondent for CBS’s 60 Minutes and presenter for CBS Evening News.

She began her career from CNN being an assignment editor who hosted her own show ‘Katie’ and even worked as a presenter of Yahoo Global News Anchor. In her career, Katie won the ‘Gracie Allen Award’ in 2009 for ‘Outstanding Anchor’ and also won the ‘TV Guide Award’ for ‘News Person of the Year’.

What is Katie Couric Famous For? 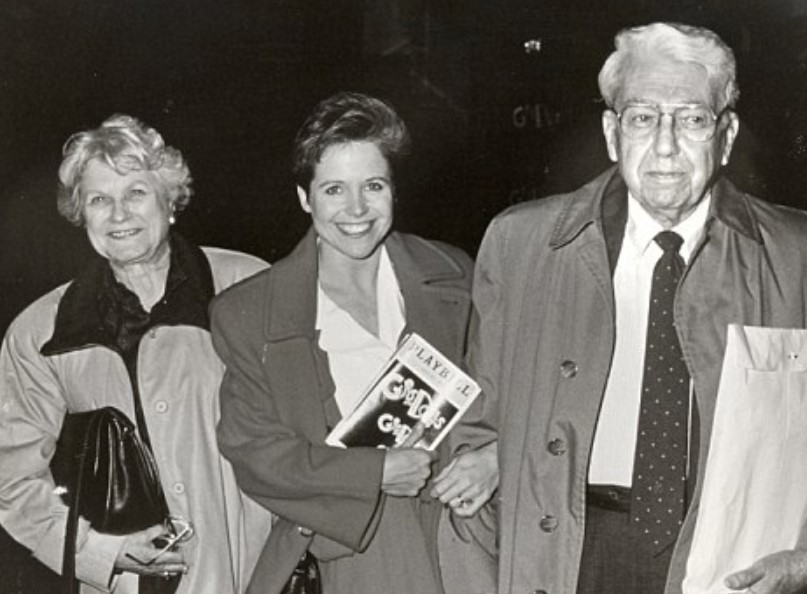 How was Katie Couric’s Childhood?

As the daughter of Elinor Tullie and John Martin Couric, Katherine Anne Couric was born on January 7, 1957, in Arlington, Virginia. Her mother was Jewish, but Couric was raised in her father's Presbyterian faith. She has three siblings: Emily Couric, Clara Couric Batchelor, and John M. Couric Jr.

Couric attended several Arlington Public Schools including Jamestown Elementary, Williamsburg Middle School, and Yorktown High School, where she was a cheerleader. During her high school, she interned at Washington, D.C. WAVA station. She even enrolled at her father's alma mater, the University of Virginia, in 1975 and was a Delta Delta Delta sorority sister. She graduated in 1979 with a bachelor's degree in American Studies.

How did Katie Couric Start Her Career?

Katie Courie began her career from Washington, D.C.’s ABC News bureau in 1979. Later, she became an assignment editor at CNN and she worked with WTVJ for two years from 1984 to 1986 where she used to report for WRC-TV and earned an Associated Press award and an Emmy. Finally, she joined NBC News as a deputy correspondent in 1989.

Couric became the substitute host for various shows like ‘Today’ and ‘NBC News at Sunrise’ from 1989 to 1991. Later, she became a permanent co-anchor on April 5, 1991. Similarly, in 1994, she became co-anchor of ‘Now with Tom Brokaw and Katie Couric’—an evening time weekly TV newsmagazine with Tom Brokaw. She has hosted some specials for NBC and even co-hosted the opening ceremonies of the Olympic Games. She has broadcast with Bob Costas, beginning with the 2000 Summer Olympics.

Couric, in her career, has interviewed many international political figures and celebrities, including presidents Gerald Ford, Jimmy Carter, George H. W. Bush, Bill Clinton and George W. Bush, and Barbara Bush. John F. Kennedy Jr. and after working for 15 years, she left Today and NBC News in 2006. Then, in the same year, on April 5, Couric become the news anchor and managing editor of CBS Evening News where she earned the US $15 million per year, which made her the highest-paid journalist in the world. She made her first broadcast as an anchor and managing editor of the CBS Evening News with Katie Couric on September 5, 2006, where she has interviewed presidents, cabinet members, celebrities, and business executives around the world, including President Barack Obama, Secretary of State Hillary Clinton, Former President George W. Bush. She worked there till 2011. In the same year, Couric also hosted a weekly, one-hour interview program on CBSNews.c.

In 2011, Couric returned to ABC where she became the guest host of The View. In 2012, she became the co-anchor of Good Morning America. And later, she became the host of the show Katie. In addition, from 2014 to 2017, Couric worked at Yahoo! as Global Anchor of Yahoo! News.

In 2015, Couric founded Katie Couric Media, a film production company that has partnered with National Geographic to produce several documentaries and in 2016, Couric became an executive producer and narrator for the documentary Under the Gun. Similarly, she was also an executive producer of Flint, a 2017 Lifetime drama. In 2018, Couric hosted a docu-drama series titled America Inside Out with Katie Couric, which was telecast on the National Geographic Channel. Then, in 2019, she served on Netflix's true crime miniseries Unbelievable as executive producer

In addition, Couric is the author of two children's books and a non-fiction collection of essays. Her children's books The Brand New Kid (2000) and The Blue Ribbon Day (2004). She has even published other books including The Best Advice I Ever Got: Lessons from Extraordinary Lives (2011) which became the New York Times bestseller and Sugar Savvy Solution: Kick Your Sugar Addiction for Life and Get Healthy (2014). 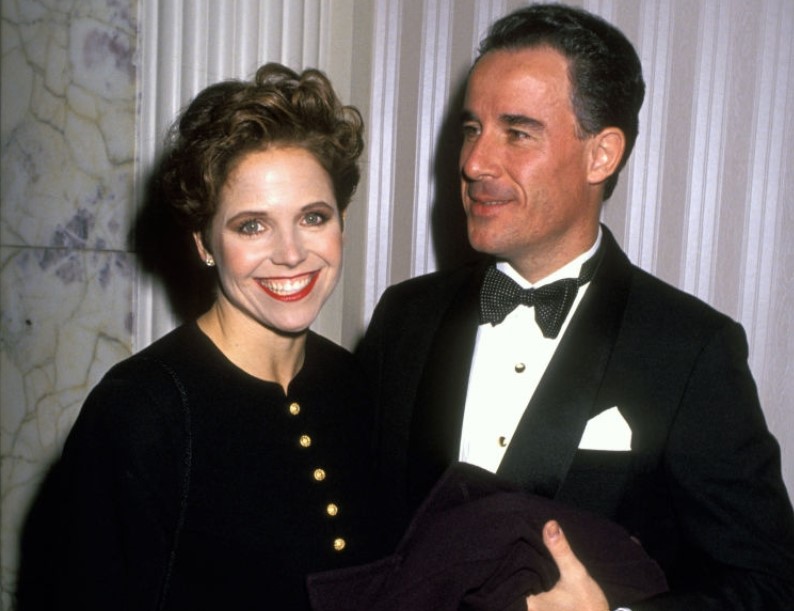 What are Katie Couric’s Awards and Achievements?

Katie Couric has won several television reporting awards throughout her career, including the prestigious Peabody Award for her series Confronting Colon Cancer.  Likewise, The CBS Evening News with Katie Couric won the 2008 and 2009 Edward R. Murrow Award for best newscast. In 2009, Couric was awarded the Emmy Governor's Award for her broadcasting career. Besides, she has won other awards.

In 2001, she won the TV Guide Award for the News Person of the Year.

In 2004, she was honored at the Multiple Myeloma Research Foundation.

In 2009, she won the Gracie Allen Award for Outstanding Anchor.

In 2013, she was nominated for the People’s Choice Awards and had won the 2017 Shorty Award for Best Journalist.

She has won six Daytime Emmy Awards out of 14 nominations. 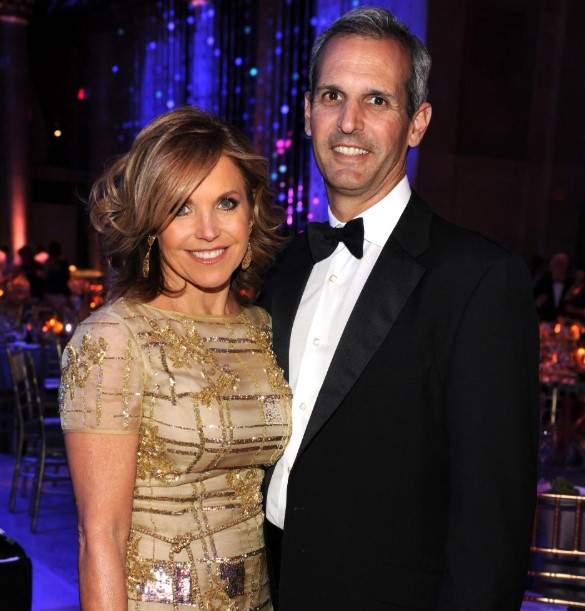 How is the Personal Life of Katie Couric?

However, her husband died in 1998 at the age of 42 due to Colon Cancer. Later on June 21, 2014, she married financier John Molner after two years of relationship.  She has been involved in various charitable works and has voiced for cancer campaigns. 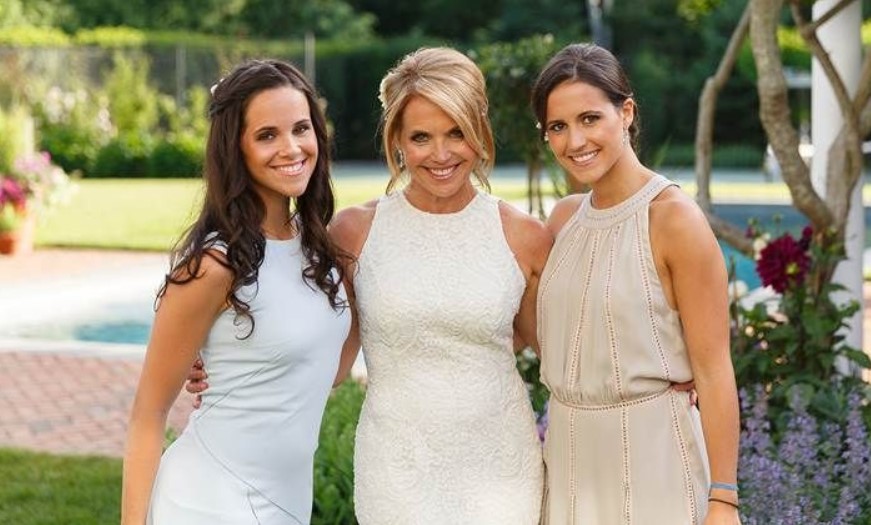 How tall is Katie Couric?

What is Katie Couric Net worth?

As of 2020, successful Katie Couric’s net worth is estimated to be $75 million with a yearly income of more than $10 million per year.  Her source of income is journalism where she has been working for a very long time and has won many awards in her career. While she was working at CBS, her salary was $15 million per year which made her the highest-paid journalist in the world. Similarly, when she was an anchor in Yahoo!, she was paid $10 Million per annum.