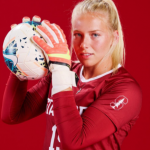 Katie Meyer, 22, was a captain and goalkeeper for the Stanford University women's soccer team. She was majoring in International Relations and minoring in History. After playing soccer all throughout high school and winning various awards, Katie participated in domestic camps for U16, U17, and U18 national teams and participated in national tournaments. After being redshirted as a freshman at Stanford, Katie went on to make a plethora of saves throughout her years on the team and, as a Team Captain, helped her team make two College Cup appearances, become two-time Pac-12 Champions, and, of course, become 2019 NCAA champions. She was on track to starting a major new project: a show of her own called "Be The Mentality," where she would talk to guests chosen by her to talk about "their lives, their passions, everything under the sun". The first episode featured her father, and she noted it was a project she was working on for "two years". We're completely disheartened to see a valuable project get cut short by the soccer player's untimely death. On 2nd March 2022, Katie was found dead in a campus residence, Stanford Vice Provost for Student Affairs Susie Brubaker-Cole said in a statement to the community on Wednesday. Her exact death cause has been revealed yet.

Katie Meyer, the captain, and goalkeeper of Stanford University's women's soccer team, has died at the age of 22. The university confirmed Meyer's death in a letter sent to the school's community Wednesday.  According to the letter, which was obtained by NBC News, Meyer died in a campus residence. "Katie was extraordinarily committed to everything and everyone in her world," the statement said. "Her friends describe her as a larger-than-life team player in all her pursuits, from choosing an academic discipline she said ‘changed my perspective on the world and the very important challenges that we need to work together to overcome' to the passion she brought to the Cardinal women's soccer program and to women's sports in general." Stanford Athletics posted a heartfelt message on its Twitter page. "The Stanford community has suffered an unimaginable loss. Our thoughts & love are with Katie's family & friends," the tweet said. The post included a photo of Meyer in her soccer uniform and a heart emoji.

What was Katie Meyer Known For?

Who are the Parents of Katie Meyer?

Katie Meyer took birth on 20th January 2000. She was born in Burbank, California, the USA. She held American nationality and she belonged to American-White. She lastly celebrated her 22nd birthday as of 2022. Aquarius was his zodiac sign and she follows the Christianity religion. She was born as the daughter of her father, Steven Meyer, and her mother, Gina Meyer. She grew up with her siblings namely Samantha Meyer (elder sister) and Siena Meyer (younger sister).

About her education, she graduated second in her class from the Century Academy in Thousand Oaks, California, in 2018 after playing soccer for Newbury Park High school for three years. then, she went to attend Stanford University. In 2019, she made two key saves in a penalty shootout to help Stanford win the national championship. She was a senior who majored in international relations and minored in history. She was also a resident assistant. 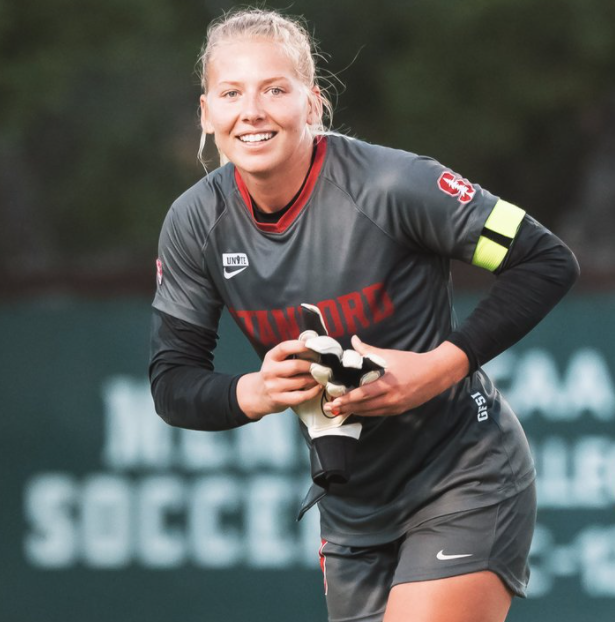 Who was Katie Meyer Boyfriend?

Katie Meyer was an unmarried lady. It is unclear whether she was dating or in a relationship or having affairs with anyone at the time of her death. However, she was living a happy life prior to her death. It seems she was leading a single life and was focusing on her professional career rather than being engaged in a love life. Her sexual orientation was straight.

How much was Katie Meyer Net Worth?

Katie Meyer was a goalkeeper and captain of the Stanford women's soccer team. Katie Meyer had an estimated net worth of $100,000 at the time of her death. Whereas her exact annual salary and career earnings is still a mystery as it has not been revealed yet. Only it can be assumed that her salary was in thousands of dollars. Her main source of wealth was from her football career and she was living a cool lifestyle. 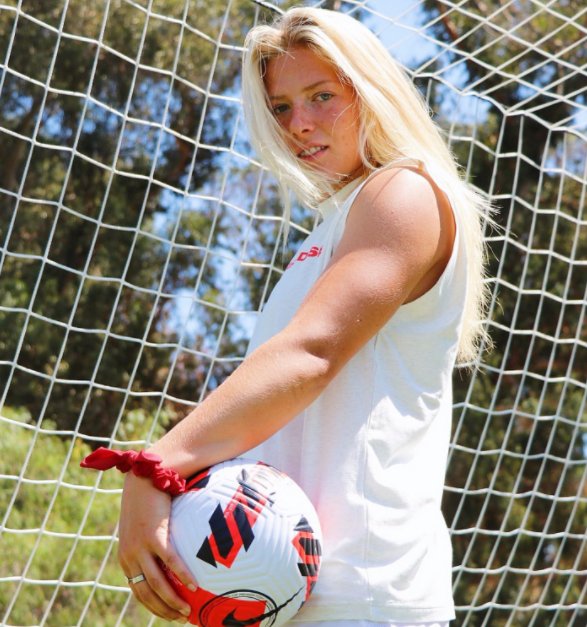 How tall was Katie Meyer?

Katie Meyer was a beautiful lady with a glowing face and charming smile on her lips attracting a lot of people towards her. She stood at the height of 5 feet 8 inches. Her exact body weight is 68 kG. Her hair color was blonde and she had a pair of light brown eyes. Her body type was athletic. Her body measurement is still to get figured out yet.

Trivias About Katie Meyer You Need To Know.