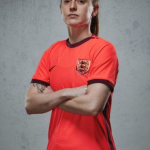 Keira Walsh is an English professional footballer. He is currently playing for Barcelona as a midfielder and England National Football Team. She is considered both a playmaker and a defensive midfielder and has been described as one of the best midfielders in the world. She is nicknamed "WonderWalsh". She became a first-team regular at Manchester City as a teenager during their 2014 campaign, playing a key role in helping the team secure their first Continental Cup. In March 2022, she became the second player to reach 200 appearances for the club; when she left to join Barcelona later that year, she held City's joint record for a number of appearances and set a world-record fee for a female footballer. She represented England for their age-group teams from the age of twelve before making her senior debut in 2017. She was part of the team that won the UEFA Women's Euro 2022 and was named player of the match in the final. Her jersey number is #21 for Barcelona.

Who are the Parents of Keira Walsh?

On 8th April 1997, Keira Walsh was born with the birth name of Keira Fae Walsh. She is from Rochdale, England. She was raised by the Pennines in a rural suburb of the town. Her nationality is British and her ethnicity is British-White. She celebrated her 25th birthday as of 2022. She was born to Peter and Tracy Walsh; her parents. She practiced football with her father on the field across from their house from about the age of five. She played for local side Pearson Juniors under-7 boys', then Samba Stars boys', before joining Blackburn Rovers in their age-group teams from under-12 through under-17. In the February 2014 FA Girls' Youth Cup (under-17) quarter-final against Sunderland, Walsh scored a hat-trick in thirteen minutes. About his education, she attended Haslingden High School and Bacup and Rawtenstall Grammar School Sixth Form, both in Rossendale. She joined Manchester City, the team she and her family support, in July 2014, when she was seventeen; City sent her to St Bede's College in Manchester to finish her A-Levels while she trained and played with them. During a period of Walsh's youth when City was less successful, her father would encourage her to watch Barcelona as guidance instead.

How did Keira Walsh start her Football Career? 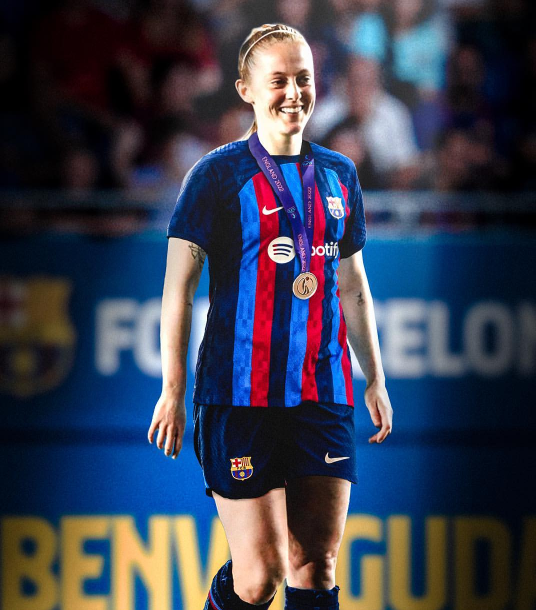 Who is Keira Walsh's Boyfriend?

Keira Walsh is currently single and she is not dating anyone at present. There is also now news and rumors about her affairs and relationship with anyone as of now. She is currently focusing on her career rather than being in a relationship. Her sexual orientaiton is straight.

How much is Keira Walsh's Net Worth?

Keira Walsh is a talented footballer. As of 2022, the net worth of Keira is estimated to have $1 Million. She is making her salary of $45K from her current team. She has also signed an endorsement deal with Nike. Her main source of wealth comes from her football career. She is satisfied with his earnings and she is living a cool lifestyle at present.

What is Keira Walsh's Weight?

Keira Walsh is a beautiful lady who stands at the height of 5 ft 6 in (1.67 m). Her body weight consists of 67 KG. Her body type is athletic. She has a pair of light brown eyes and her hair color is blonde. She maintains her body a lot and she has got a healthy body at present.

Trivias About Keira Walsh You Need To Know.