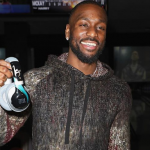 Tall and handsome Kemba Walker is an American well known professional basketball player. He is best known as the player for Charlotte Bobcats of National Basketball Association (NBA). He plays from point guard position wearing jersey number 15.  He is also commonly known as the dancer and singer. You will learn more here, on how he was able to do it all in addition to knowing what Kemba's remuneration has risen to over the years.

After losing Lonzo Ball in the Anthony Davis trade, the Los Angeles Lakers will target three-time All-Star Kemba Walker in free agency, according to Marc Stein of The New York Times.

Walker has made it clear that he would love to stay in Charlotte, where he’s spent the last eight years, and the Hornets have every incentive to pay him the five-year “supermax” contract he earned by making an All-NBA team this season. Walker has even said he would take less than the “supermax” to re-up with the Hornets so the team could improve.

However, if Walker, who turned 29 years old in May, decides that he wants to make a run at a championship next season, Los Angeles might be the best place to do it.

Walker is coming off a career year with the Hornets, where he averaged a career-high 25.6 points per game on 43.4 percent shooting from the field, including 35.6 percent from behind the 3-point line. He also contributed 5.9 assists, 4.4 rebounds and 1.2 steals per game.

Defensively, he leaves a lot to be desired, but that’s to be expected of a 6’1” point guard. Plus, he’s valuable enough on the offensive end for his shortcomings on the defensive end not to be a glaring issue.

While the Lakers should first look to two-way wings like Kawhi Leonard, Jimmy Butler, and Klay Thompson, Walker would be a fine consolation prize for a team that already has LeBron James, Kyle Kuzma, and Anthony Davis.

What is Kemba Walker known for?

Who are the parents of Kemba Walker?

Back to his early life, Kemba Walker was born in The Bronx, New York as Kemba Hudley Walker. He is of African American ethnicity and has an American nationality. He is the son of Paul and Andrea Walker. He has one sister Sharifa and two brothers, Akil and Keya.

Walker studied at Rice High School where he was named McDonald’s All-American Team. He was considered a five-star recruit by Rivals.com. After graduating high school, he joined the University of Connecticut where he led his team to an NCAA Championship.

When did Kemba Walker pursue his basketball career?

Is Kemba Walker in the relationship?

Pondering an individual existence of Kemba Walker, he is single. There isn’t any data with respect to his sentimental relationship undertakings. His own life isn’t in the spotlight as his career path is.

He has kept his own life a long way from the sensationalist newspapers. There isn’t any strong verification which leads towards his wedded way of life and children. Being a superstar, his own stuff is dependably a matter of discourse and enthusiasm to people in general. Because of an absence of much data about him, his fans are constantly inquisitive to find out more about him.

How much net worth is Kemba Walker owns?

In each of the NBA seasons from 2015-2016 to 2017-2018 NBA seasons; Kemba Walker has earned at least $12 million in salary. For the 2018/2019 season, the point guard is billed to earn another $12 million. Kemba Walker has an estimated net worth of $38 million. The point guard has earned enough over the years to afford the luxe things of life. Among his assets include an over 8,000 square feet mansion in Charlotte, North Carolina which he reportedly bought for $2.5 million.

How tall is Kemba Walker?

Observing his body statistics, Kemba has a height of 6 feet 1 inch and weighs 83 kg. His hair color is black and eye color is dark brown. His other body information is yet to be revealed. In the case of revealed, we will let you know.

Trivias About Kemba Walker You Need To Know.