An American model, 26, and Phoenix Suns player, 25, sparked romance rumors as they were captured spending time together during the coronavirus quarantine in footage posted by TMZ on Wednesday, April 29, 2020. The pair got some fresh air during their road trip to Sedona, Arizona.

Jenner and Booker were first spotted together on a double date with other people in May 2018.

It was reported in June 2020 that "Kendall Jenner and NBA Star Devin Booker are 'hooking up' but it's 'not serious'. She's talking to a couple of different guys. She has so many men after her it's crazy.' Everything That You Need To Know About Devin Booker

After Jenner and Booker were spotted many times, it was confirmed that they started seeing each other. Also, it was reported that it's easy because they get along well and he also gets along great with her family. They also stepped out for dinner together less than a week after the pair fueled romance rumors when they exchanged flirty Instagram messages. She was spotted dining at Nobu in Malibu on Saturday, August 15, with Booker, 23, and her sister Kylie Jenner. Kendall captioned the post with a strawberry emoji to which the Phoenix Suns star commented, "I like strawberries." The E! personality replied with four more strawberry emojis.

Jenner and Booker took another trip together in September to Idaho, where they met up with her friends Justin Bieber and Hailey Bieber (née Baldwin). Kendall Jenner and Devin Booker were spotted spending time with her pals Justin Bieber and Hailey Bieber (née Baldwin) in Idaho. Jenner went casual in a tie-dye sweatshirt and black sunglasses, while Booker wore a black T-shirt and white baseball cap. During Jenner's 25th birthday on 3rd November, she posted the picture where Jenner snuck in a photo with Booker and she was pressed close against Booker, who posed with his hand gripping his hat. 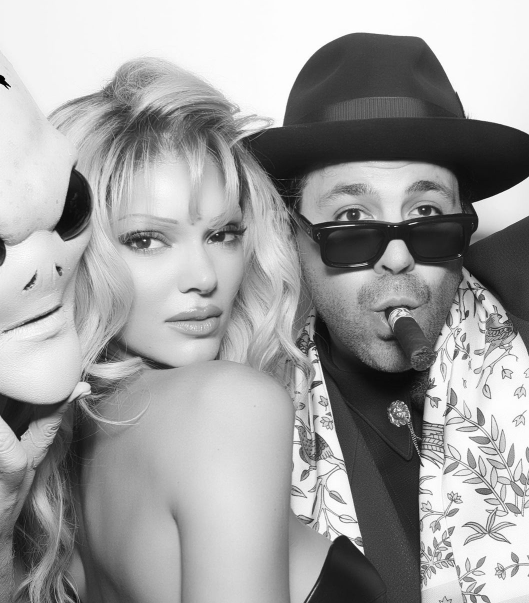 Jenner and Booker made their togetherness stronger starting the new year of 2021 as Booker posted a snap of Jenner in a bikini in January 2021 via his Instagram account writing "Whew". Further, Jenner also posted a picture of watching Booker during the match between Phoenix Suns and Dalls Mavericks.

Kendall Jenner and Devin Booker confirm their romance on Valentine's Day 2021 as Jenner posted a pic cuddling with him on her kitchen countertop via Instagram Stories. Also, Booker posted a video of her playing with a dog and the twosome taking a nap on the grass. 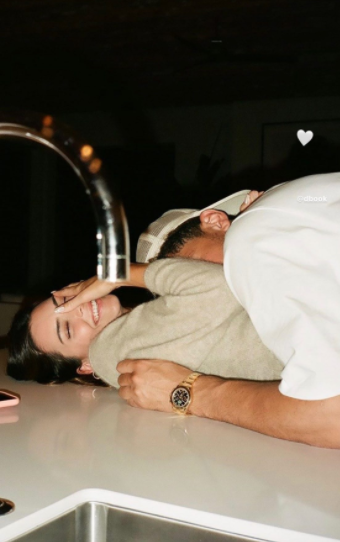 It was reported in March 2021 stating "They are definitely an item and care about one another immensely". "But it's not like they will be getting engaged any time soon. Kendall likes the pace at which things are going at the moment and has no plans to elevate things so quickly."

Jenner celebrated her one-year anniversary with Booker sharing a few intimate photos on her Instagram Story where she captioned "365." The two cuddled on a private jet in one shot. 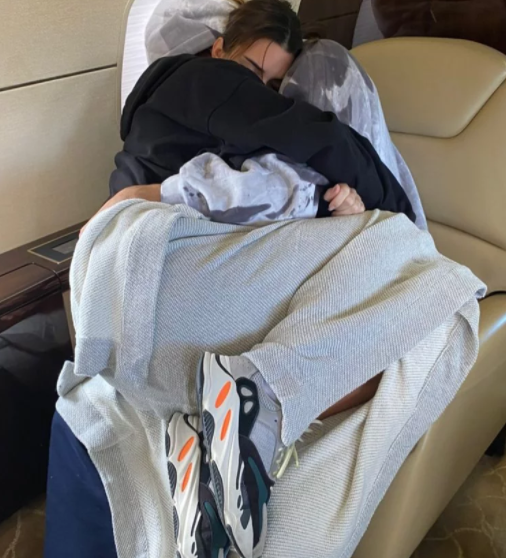 During Booker's NBA Finals debut with the Phoenix Suns, Kendall Jenner shows up and supports Booker. She wrote "I'm not emotional, you are" in her Instagram Stories sharing a video taken from inside the arena. On 17th July 2021, Jenner was spotted cheering with Booker in Arizona. 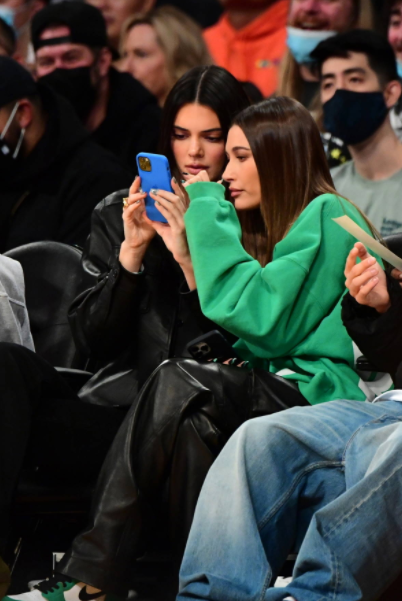 Jenner and Booker celebrated Jenner's successful 818 Tequila brand in New York with a beachside bash. A source told, "Devin led Kendall through the crowd upon arrival and led her to her seat". "They kept making eye contact throughout the night and never strayed far away from each other. At the end of the night, they walked out together hand in hand with nothing but smiles". Also, Jenner and Booker were spotted kissing and cuddling each other when they were on vacation in Italy. 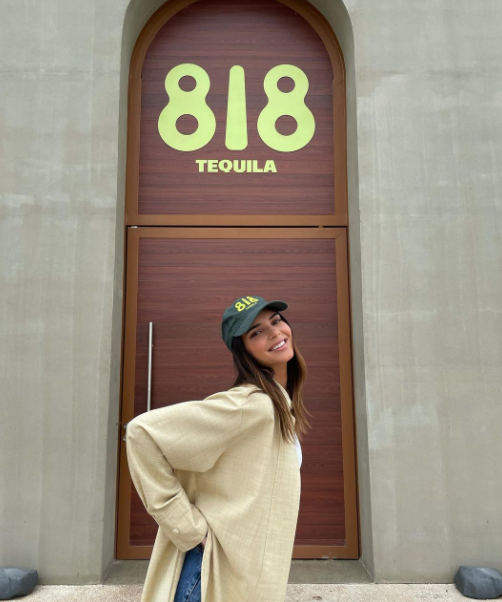 Jenenr captioned "Limoncello" in a series of photos from Italy via Instagram where they took romantic snaps.

During Halloween month, Kendall shared a look at her pumpkin carving date night with Booker. He tweeted "Pumpkin dont count if you used a stencil". His girlfriend quoted his message and jokingly added, "I feel personally attacked." 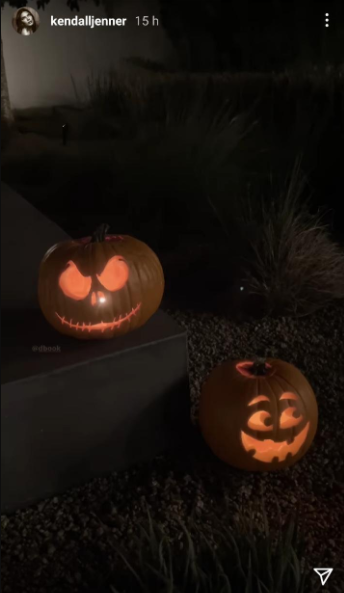 On Jenner's 26th birthday, Booker gushed over his girlfriend calling her the "most beautiful woman" in a sweet Instagram Story tribute. Kendall's mother, Kris Jenner sent Christmas cookie creations to her loved ones, and Booker's name was included on Kendall's confectionary gift alongside her dogs' names.

The 25 years, Phoenix Suns NBA Player was born with the birth name of Devin Armani Booker on 30th October 1996, His place of birth is in Grand Rapids, Michigan, the USA. He is the son of Veronica Gutiérrez, a cosmetologist, and Melvin Booker, who was named the 1994 Big Eight Player of the Year while a point guard at Missouri. Devin started playing basketball professionally in 2015 and he is still active in it. He started playing basketball professionally after he was selected by the Phoenix Suns in the 2015 NBA draft. He also played college basketball at the University of Kentucky. As of 2021, the net worth of Devin Booker is $2 Million. 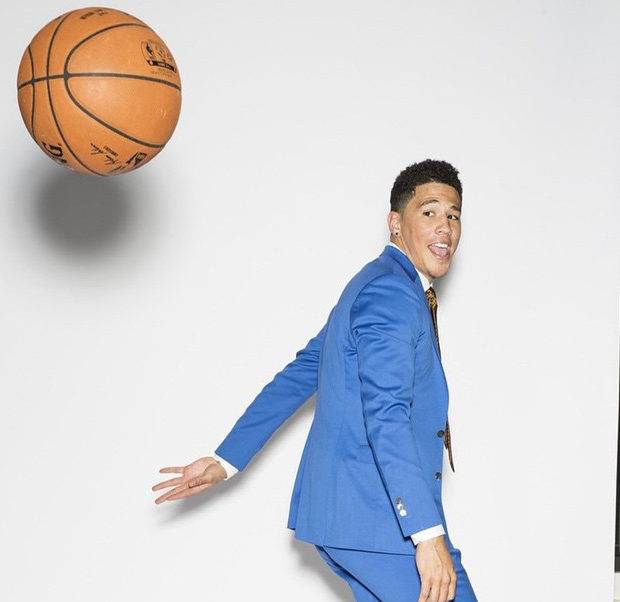 An American supermodel, socialite, and media personality, Kendall Jenner opened her eyes for the first time on 3rd November 1995 with the born name of Kendall Nicole Jenner in Los Angeles, California, the USA. Born to former Olympic decathlete champion Caitlyn Jenner (then known as Bruce Jenner) and television personality and businesswoman Kris Jenner (née Houghton), she spent her early life and childhood with her nine siblings including Kylie Jenner, Kim Kardashian, Khloe Kardashian among others. Jenner began modeling at the age of 14. After working in commercial print ad campaigns and photoshoots, she had breakout seasons in 2014 and 2015 walking the runways for high-fashion designers during the New York, Milan, and Paris fashion weeks. She made her debut at No. 16 on Forbes magazine's 2015 list of top-earning models, with an estimated annual income of US$4 million. As of 2021, the net worth of Kendall Jenner is around $45 Million.

Everything That You Need To Know About Kendall Jenner 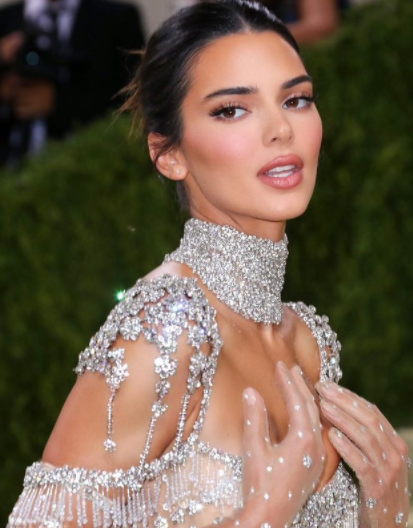