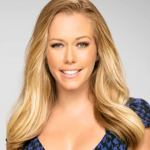 Kendra Wilkinson, an American TV personality is also a businesswoman, Glamour model, and an author. She has kept her name in many fields. And it will not be wrong if we call her a package of many talents. She was debuted in her first reality series Kendra in the year 2009. Despite being Playboy Playmate, she had given three nude pictorials with her co-star in ‘Girls Next Door’. She is best known for being one of the Hugh Hefner’s three girlfriends and her role in the television series in the Girls Next Door.

What is Kendra Wilkinson known for?

Kendra Wilkinson is turning over a new leaf in her personal life.

The former reality TV personality took to Instagram on Thursday with an update on her mental health, revealing the "depression" she suffered in the aftermath of her split from Hank Baskett has lifted and the relationship with her two little ones has become stronger.

"The depression is gone finally," Kendra captioned a snapshot of herself gazing into the distance. "Back in the light and feels good." "I'm living a whole new life," continued the Playboy model, "Very different but the kids and I are bonding more than ever. Have had to work extra hard to find stable grounds but we did it and back enjoying life again. Sometimes things happen for a reason."

Almost a year has passed since Kendra filed for divorce from the former professional football player in April 2018. As it stands, the pair has yet to finalize their split but continue to co-parent 9-year-old Hank Jr. and 4-year-old Alijah.

Just last month, Kendra made it very clear that despite rumors she and The Bachelorette's Chad Johnson were an item, her priorities remained the same.  "I have no time or energy to date, anyone," she said frankly on Instagram Stories. "I'm focusing on my kids and myself. Rest. Health. Work."

Where is Kendra Wilkinson born?

Back to her early life, Kendra Wilkinson was born in San Diego, California. She is American by nationality and generally belongs to English, Irish and Ukrainian descent.

Her mother’s name is Patti Wilkinson and father’s name is Eric W. Wilkinson. She grew up with her younger brother, Colin. She along with her brother was raised in a middle-class community Clairemont. For the six years, she had played softball with the Clairemont Bobby Sox.

She attended Clairemont High School. She started graduation in the year 2003 but didn’t complete. Leaving her studies behind, she started working as a glamor model. She had also worked as an administrative assistant in a dentist office.

When did Kendra Wilkinson pursue her modeling career?

Kendra stepped into the glamor world when she got the chance to be one of the painted ladies in the 78th birthday bash of Hefner. Then, Hefner asked her to be one of his girlfriends and was moved to playboy mansion from where she came out in the year 2009 after meeting Hank Baskett, her now husband. 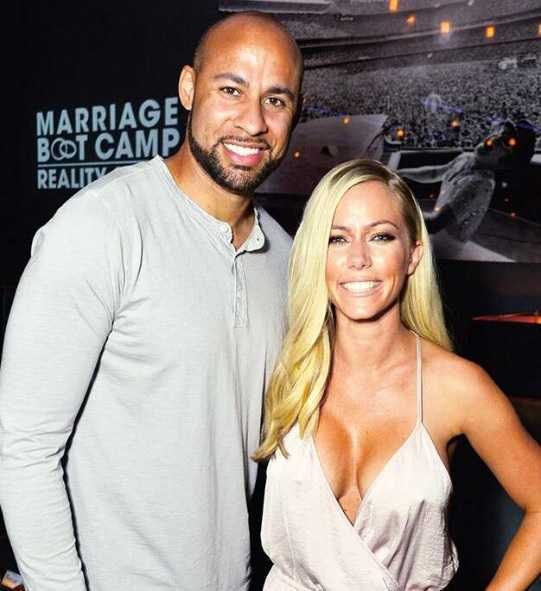 She got her career breakthrough when she was starred in the reality series Girls Next Door which featured the lives of then girlfriends Wilkinson, Holly Madison, and Bridget Marquardt. It became the first and great step towards her successful career. Due to the great feedback from the first season, they again started the second season following next year. After that, she gave her first movie Scary Movie 4 in the year 2006. Apparently, she appeared in Akon’s music video, Playboy special edition Sexy 100 (2006), music video of a Rockstar.

In December 2005, she became a regular blogger columnist at the website of the Philadelphia Eagles. On February 26, 2013, Baskett made an appearance on an episode of Celebrity Wife Swap with Kate Gosselin. Also, In November 2014, Baskett was also the contestant on the 14th series of the UK reality TV series hit I’m a Celebrity…Get Me Out of Here!.

Who is the husband of Kendra Wilkinson? 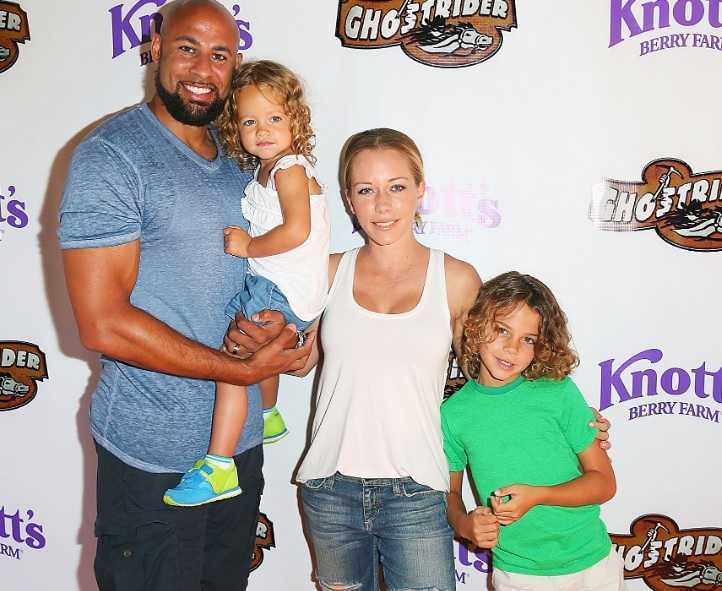 They are the proud parents of two children. They shared the husband-wife relationship from June 7, 2009, after the long engagement of 7 months. They had lots of roller coaster ride in their relationship during their journey together. Unfortunately, she filled divorced in 2018 and they separated. As of now, she probably single.

How much is Kendra Wilkinson net worth?

As she excels in her multifaceted career, we believe her net worth to be really high. In fact, Kendra Wilkinson earned enormous money; all thanks to her hit movies and TV series. As of 2019, Kendra Wilkinson holds an estimated net worth of $6 million. However, her salary was not disclosed. In the case of disclosed, we will let you know.

How tall is Kendra Wilkinson? 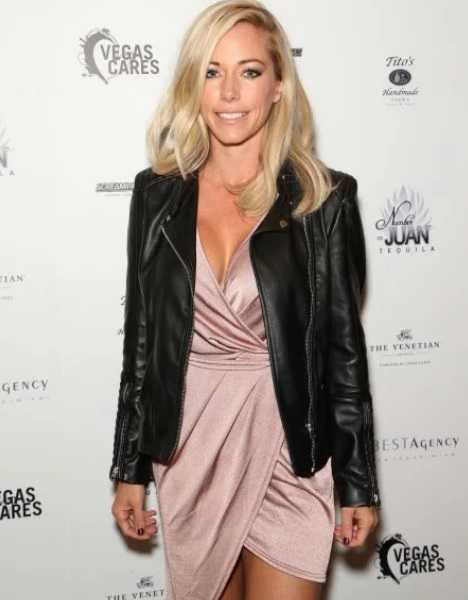 Observing her body physics, Kendra Wilkinson has a height of 5 feet 4 inches. Her body weighs 55kg. She has Blonde hair and Blue eyes. Her body measurements are 39-25-36 inches. Her dress size is 6 (US), shoe size is 7 (US) and bra size is 34E.

Trivias About Kendra Wilkinson You Need To Know.