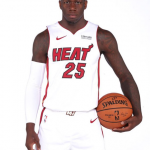 Kendrick Nunn is an American professional basketball player who currently plays for the Miami Heat of the National Basketball Association(NBA). Nunn was also named as the 2018 Horizon League Men's Basketball Player of the Year. Nunn previously had played three seasons at the University of Illinois as well.

What is Kendrick Nunn Famous for?

When and Where was Kendrick Nunn born?

Kendrick Nunn was born on August 3, 1995, in Chicago, Illinois, United States. His birth name is Kendrick Melvin Nunn. Nunn belongs to African-American ethnicity while Leo is his zodiac sign.

Kendrick's father, Melvin Nunn always had his back as he was Kendrick’s first coach. Melvin used to play professionally overseas in New Zealand before. Kendrick was raised on the south side of Chicago under the guidance of his father who let his dream to be a reality. 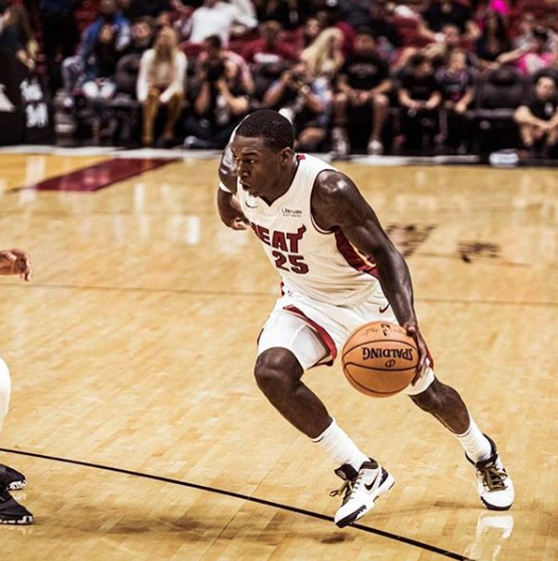 How Much Does Kendrick Nun Earn?

Kendrick Nunn has quite a good earning through his recently started career as a NBA player. Nunn has managed to amass a fortune of $3 million as his net worth. Nunn recently signed a 3-year contract worth $3 million with the Miami Heat, including $154,737 guaranteed. Nunn even has an annual average salary of $1 million.

How Tall is Kendrick Nunn?

The NBA player Kendrick Nunn is a tall, dark and handsome guy who has a well maintained perfect athletic body physique. Nunn stands tall with a height of 6ft. 2inch.(1.88m) while his body weighs around 86kg(190 lbs). Nunn has a dark complexion with black hair and dark brown eyes.

Trivias About Kendrick Nunn You Need To Know.