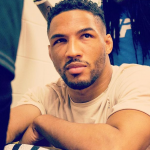 Kevin Lee is an American professional Mixed Martial Artist(MMA) who currently is competing in the Lightweight division of the Ultimate Fighting Championship(UFC). Lee made his first UFC debut on February 1, 2014, against Al Iaquinta. Currently, Lee is ranked as #10 in the UFC lightweight rankings as updated on October 7, 2019.

What is Kevin Lee Famous for? 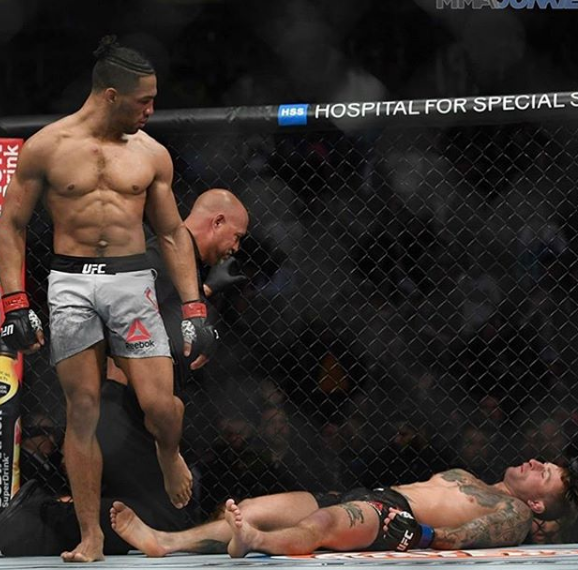 Where is Kevin Lee From?

Kevin Lee was born on September 4, 1992, in Grand Rapids, United States. His birth name is Kevin Jesse Lee, Jr. His nationality is Amerian. Lee belongs to African-American ethnicity while Virgo is his zodiac sign.

Kevin was born in Grand Rapids while he was raised in Detroit, Michigan along with his sibling. Kevin has a younger brother named Keith Lee who is also an aspiring fighter and trains together with Kevin at Xtreme Couture.

Kevin attended Southfield High School where he played basketball. He began wrestling during his junior year at Southfield. He continued his wrestling career after he joined Grand Valley State University. During his days at Grand Valley, he was a national tournament qualifier who even had a 37-0 score in his sophomore years. Soon then he dropped out of the university to focus his career in MMA.

Who is Kevin Lee Dating?

What is the Net Worth of Kevin Lee?

Kevin Lee has quite a good earning through his professional career as an MMA fighter at UFC. Lee has managed to amass a fortune from his several matches, wins, and fights. He enjoys his fortune which is estimated to be around $1 million.

How Tall is Kevin Lee?

The 27 years old MMA fighter, Kevin Lee has a well maintained athletic body physique. Lee stands tall with a height of 5ft. 7inch.(1.75m) while his body weighs around 77kg(170 lbs). He has a dark complexion with black hair and brown eyes.