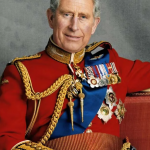 King Charles III is King of the United Kingdom and 14 other Commonwealth realms. He became the new King of the United Kingdom after he acceded to the throne on 8 September 2022 upon the death of his mother, Elizabeth II on September 8, 2022. At the time he became king, he was the longest-serving heir apparent in British royal family history and the oldest monarch to assume the British throne at the age of 73 years old. “The death of my beloved Mother, Her Majesty The Queen, is a moment of the greatest sadness for me and all members of my family,” Charles said in a statement in September 2022 after the death of his mother. “We mourn profoundly the passing of a cherished sovereign, and much-loved mother. I know her loss will be deeply felt throughout the country, the Realms, and the Commonwealth, and by countless people around the world. During this period of mourning and change, my family and I will be comforted and sustained by our knowledge of the respect and deep affection on which The Queen was so widely held.” In a speech at Buckingham Palace days after he became king, Charles spoke about his “duty to protect the diversity of our country, including by protecting the space for Faith itself and its practice through the religions, cultures, traditions, and beliefs to which our hearts and minds direct us.” He continued,  “My Christian beliefs have love at their very heart. By my most profound convictions, therefore, as well as by my position as sovereign, I hold myself bound to respect those who follow other spiritual paths, as well as those who seek to live their lives according to secular ideals.” He was born as the eldest child of the late Queen Elizabeth II. He rose to fame as Duke of Cornwall in England and as Duke of Rothesay in Scotland. When Charles was three years old, his grandfather died and his mother ascended the throne, making him the heir apparent. He was created Prince of Wales in 1958, and his investiture was in 1969. He founded the youth charity the Prince's Trust in 1976, sponsors the Prince's Charities, and is a patron, president, or a member of over 400 other charities and organizations.  He is also an author or co-author of over 20 books. An environmentalist, Charles supported organic farming and action to prevent climate change during his time as the manager of the Duchy of Cornwall estates, earning him awards and recognition from environmental groups.

What is King Charles III Known For?

Who are King Charles III Parents?

King Charles III was born at 21:14 (GMT) on 14 November 1948. His born name is Charles Philip Arthur George. He is from Buckingham Palace, London, the United Kingdom during the reign of his maternal grandfather, George VI. He was the first child of Princess Elizabeth, Duchess of Edinburgh (later Elizabeth II), and Philip, Duke of Edinburgh. At the age of 96, his mother Queen Elizabeth II died on 8 September 2022, at Buckingham Palace. Her death was confirmed that evening at 18:30 BST. She dies peacefully, it was a natural death. His parents would have three additional children, Anne (born 1950), Andrew (born 1960), and Edward (born 1964). He holds British nationality and his ethnicity is Mixed. He is of European Royal, English, German, Hungarian, French, Anglo-Irish, Irish, Danish, Swedish, Swiss, Belgian, Dutch, Bohemian/Czech, Scottish, Lithuanian, Russian, and Polish descent. On 15 December 1948, at four weeks old, he was christened in the Music Room of Buckingham Palace by the Archbishop of Canterbury, Geoffrey Fisher. In February 1952, upon the death of his grandfather and the accession of his mother as Queen Elizabeth II, Charles became the heir apparent. On 2 June 1953, Charles attended his mother's coronation at Westminster Abbey.

When he turned five, a governess, Catherine Peebles, was appointed to oversee his education at Buckingham Palace. On 7 November 1956, Charles commenced classes at Hill House School in west London. He was the first heir apparent to attend school rather than be educated by a private tutor. He then attended two of his father's former schools, Cheam Preparatory School in Berkshire, England, from 1958, followed by Gordonstoun in the northeast of Scotland, beginning classes there in April 1962.  He then joined the Geelong Grammar School in Geelong, Australia, and progressed toward becoming Head Boy, much the same as his dad. He cleared out in 1967 and did great in History and French, with an A-level. He at that point went straight from auxiliary school to Trinity College Cambridge and took classes in history, anthropology, and archaeology. He graduated in 1970 with a 2.2 Bachelor of Arts degree. He likewise got a Master of Arts Degree from Cambridge. Furthermore, he also studied the Welsh Language at the University of Wales, Aberystwyth. His present age is 73 as of 2021. 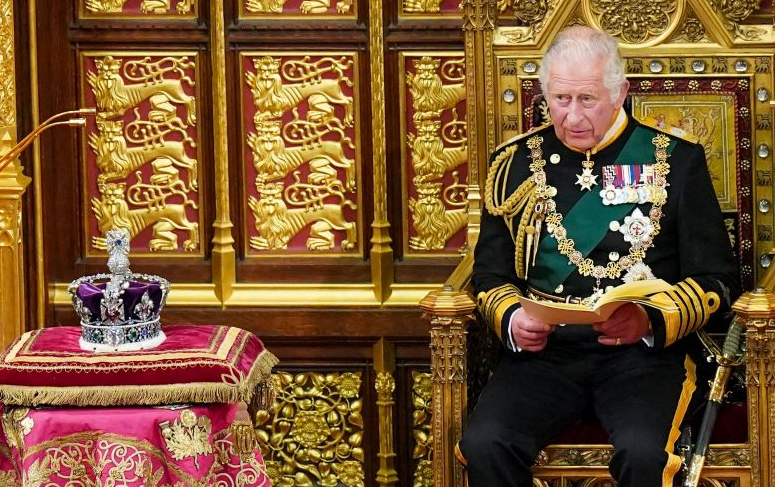 When did King Charles III become King of the UK? 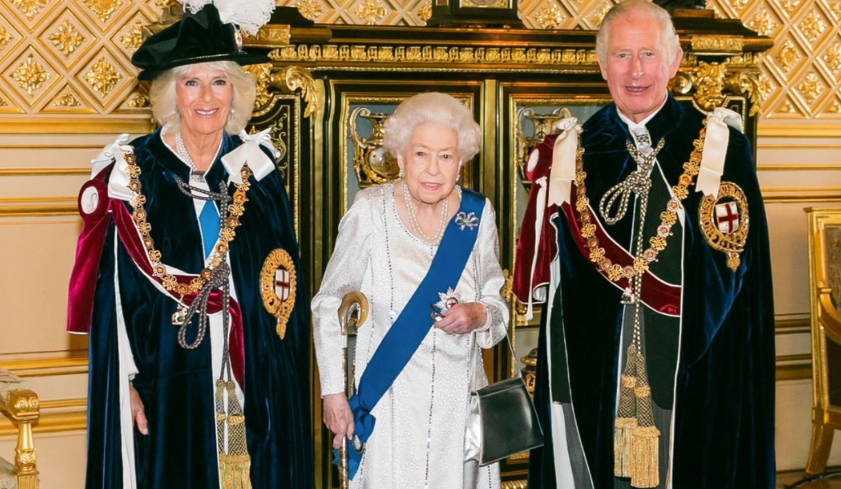 How Rich is King Charles III?

King Charles III is King of the United Kingdom and 14 other Commonwealth realms. As of 2022, the net worth of King Charles III is estimated to have $600 Million. Before he became the King of the United Kingdom, Charles and his wife, Camilla Parker Bowles (now Camilla, Queen Consort) received 90 percent of their income from a private estate called the Duchy of Cornwall, which was established in 1337 to financially support the heir to the throne. The Duchy of Cornwall is funded through the ownership and operation of land in rural and urban areas, as well as islands and rental cottages in Wales, Cornwall, and other areas in the United Kingdom. In 2018, the Duchy of Cornwall made Charles and Camilla $28 million. Charles and Camilla also received $1.8 million in 2018 from the Sovereign Grant, a taxpayer fund paid each year to the British royal family, as well as another $627,000 from various United Kingdom departments. The British royal family receives a grant in exchange for surrendering their profits from the Crown Estate, the family’s collection of lands and holdings worth £14.1 billion, to the government, according to BBC. According to CNN, about 50 percent of Charles and Camilla’s annual income was spent on travel and official royal engagements, while a quarter went to taxes. The remaining $8.9 million went to Charles’ children with his late wife Princess Diana—Prince William and Prince Harry—as well as non-official purchases and a royal savings account. Charles and Camilla are also senior members of The Firm, also known as the Monarchy PLC. The firm operates and a multi-million-pound business empire that boosts the United Kingdom economy through televised events and tourism, according to Fortune. His success in his career path has paid him well financially making his net worth estimated to be $400 million as of 2022. According to Forbes, the British royal family holds almost $28 billion in real estate as of 2021 that cannot be sold. That amount breaks down: The Crown Estate: $19.5 billion, Buckingham Palace: $4.9 billion, The Duchy of Cornwall: $1.3 billion, The Duchy of Lancaster: $748 million, Kensington Palace: $630 million, The Crown Estate of Scotland: $592 million. According to Forbes, Charles inherited the Queen’s $500 million in personal assets after her death.  Those assets include her personal investments, art collection, jewelry, rare stamps, and real estate holdings, which include Sandringham House in Norfolk, England, and the Balmoral Castle in Aberdeenshire, Scotland, where the Queen died. Charles also inherited the Queen’s $70 million in assets from the Queen Mother, which included a stamp collection, fine china, jewels, horses, and even a valuable Faberge egg collection and paintings from artists like Monet, Nash, and Carl Fabergé. Charles also didn’t have to pay an inheritance tax on his inheritance from the Queen due to a 1993 agreement between the British royal family and former Prime Minister John Major. Under the agreement, inheritances from sovereign to sovereign are exempt from the United Kingdom’s 40-percent inheritance tax. The agreement was created to avoid the erosion of the British royal family’s wealth. Today, he is living a lavish lifestyle.

Who is King Charles III married to?

King Charles III has been married twice to date. He is currently married to Camilla Parker-Bowles (second wife) on 9th April 2005. Their engagement was announced on 10 February 2005; he presented her with an engagement ring that belonged to his grandmother. The Queen's consent to the marriage (as required by the Royal Marriages Act 1772) was recorded in a Privy Council meeting on 2 March. The couple is living a happy married life at present. Previously, he was married to Princess Diana on 29 July 1981 in St Paul’s Cathedral and they were blessed with 2 sons – Prince William, Duke of Cambridge (born in 1982) and Prince Harry, Duke of Sussex (born in 1984). Charles first met Lady Diana Spencer in 1977 while he was visiting her home, Althorp. Charles proposed to Diana in February 1981 which she accepted. Upon his marriage, Charles reduced his voluntary tax contribution from the profits generated by the Duchy of Cornwall from 50% to 25%. The duo had a tumultuous married life which attracted a lot of media attraction and they finally got divorced on August 28, 1996. His girlfriends included Georgiana Russell, the daughter of Sir John Russell, who was British ambassador to Spain; Lady Jane Wellesley, the daughter of the 8th Duke of Wellington; Davina Sheffield; Lady Sarah Spencer.

How tall is King Charles III?

King Charles III, at the age of 73 still looks very handsome. He stands at the height of 5 ft 10 in. His bodyweight consists of 70 KG. His body type is average. His hair color is Gray and his eyes color is blue. He has got a healthy body at present. On 25 March 2020, it was announced that Charles had contracted COVID-19 during the pandemic. He and his wife subsequently isolated at their Birkhall residence. Camilla was also tested but returned a negative result. On 30 March 2020, Clarence House announced that Charles had recovered from the virus, and that, after consulting his doctor, he was no longer isolated. Two days later, he stated in a video that he would continue to practice social distancing. On 10 February 2022, it was announced that Charles had tested positive for COVID-19 for a second time and was self-isolating. His wife later also confirmed contracting the virus, followed by the Queen herself 10 days after Charles's second diagnosis. Charles and his wife received doses of a COVID-19 vaccine in February 2021.

Trivias About King Charles III You Need To Know.