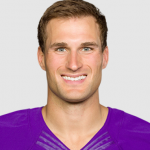 Kirk Cousins is an American footballer. He is currently playing for the Minnesota Vikings of the National Football League (NFL) in the position of quarterback. He played college football at Michigan State and was drafted by the Washington Redskins in the fourth round of the 2012 NFL Draft as a backup to fellow rookie Robert Griffin III. With the Redskins, he set numerous franchise records and was named to the 2017 Pro Bowl. Next, he signed a fully guaranteed three-year US$84 million contract with the Vikings as a free agent in 2018. He ranks third all-time in completion percentage with at least 1,500 pass attempts and is fifth in the NFL's all-time regular season career passer rating. During his time with the Redskins, he earned the nickname "Captain Kirk" from the media for his presence as a leader, referencing the Star Trek character.

Where is Kirk Cousins from?

Kirk Cousins took birth on August 19, 1988, He is from Barrington, Illinois, USA. He was born to his father, Don Cousins, and his mother, Maryann Cousins as the second oldest of their three children. His birth name is Kirk Daniel Cousins. He is American by nationality and his ethnic background is American-White. He attended Holland Christian High School in Holland, Michigan, where he starred in football, baseball (as a third baseman and a pitcher), and basketball for the Maroons athletic teams. He broke his ankle in his junior year and was forced to attend camps in order to make an impression with recruiting colleges. He finished his high school football career with 3,204 passing yards, 40 touchdowns, and 18 interceptions.

After high school, he was set to sign with Toledo or Western Michigan, until Mark Dantonio became the head coach at Michigan State in 2007. After Dantonio failed to sign his top targets at quarterback, he offered a scholarship to Cousins, which he accepted. He also participated in the Athletes in Action sports ministry. He was redshirted for the 2007 season. In 2008, he spent the season as the backup quarterback to Brian Hoyer. In 2009, he competed for and won the starting quarterback job against teammate Keith Nichol. He led Michigan State to a 6–7 (4–4) season with 19 touchdowns, 9 interceptions and 2,680 passing yards in 12 games. In 2010, he led Michigan State to an 11–2 (7–1) record and a share of the Big Ten Championship. In 2011, the Spartans went 11–3 (7–2) and played in the first-ever Big Ten championship game. He won the 2011 Lowes's Senior CLASS Award. He majored in kinesiology. His present age is 34 as of 2022. He is a practicing Evangelical Christian. 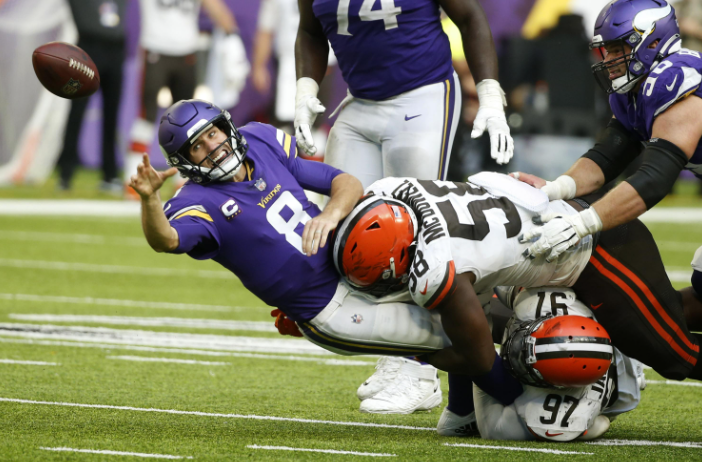 Who is Kirk Cousins's Wife?

Kirk Cousins is a married man to his beautiful wife, Julie Hampton on June 28, 2014, in Atlanta, Georgia. The couple dated for a long time before getting married. The beautiful couple is the parents of two children; both sons named Cooper Wesley and Turner Moses. His first child was born in 2017 while the second child was born in early 2019. Today, the family is living a happy life without any disturbances. There is no issue of divorce between the lovely couples. His sexual orietnation is straight and he is not gay. 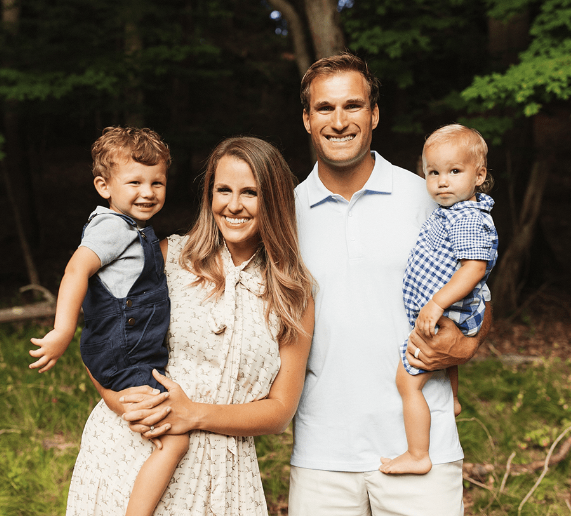 How much is Kirk Cousins's Net Worth?

Kirk Cousins is an American footballer. After playing college football at Michigan State from 2009 to 2011, he was drafted by the Washington Redskins in the fourth round of the 2012 NFL Draft, later joining the Minnesota Vikings in 2018. On March 13, 2022, he signed a one-year, $35 million fully guaranteed contract extension through the 2023 season becoming one of the highest-paid quarterbacks in the NFL once more. As of 2022, the net worth of Kirk Cousins is estimated to have $70 Million. After renewing his contract for two years, he is expected to receive $66 Million in total. He earned $46.6 Million in wages during his five-year spell at Washington and in his first couple of seasons at the Vikings he received another $54 Million. He'll make $40 million guaranteed in 2022, $35 million in 2023, gets a no-trade clause, and a $25 million signing bonus. He has also put pen to paper on endorsement deals with popular brands such as Bose and Nike, which has added to his fortune too. His main source of wealth comes from his football career and he is living a lavish lifestyle at present. He also appeared in several commercials with Easterns Automotive, a D.C. used car dealership, with former Washington teammates Josh Norman and Ryan Kerrigan. He lived in a house in Ashburn, Virginia which he listed for sale for $515,000 in 2018. The house has three bedrooms, three bathrooms, and a half-bath. In 2019, a source reported that Cousins is building a house near Michigan lake. The house which is under construction will have five bedrooms and two fireplaces.

Kirk Cousins is a handsome footballer who has an athletic body type. He stands at the perfect height of 6 ft 3 in (1.91 m) and his body weight consists of 205 lb (93 kg). His eye color is pale green and his hair color is light brown. He has got a charming smile with a fair complexion. He frequently does exercise to maintain his body.

Trivias About Kirk Cousins You Need To Know.