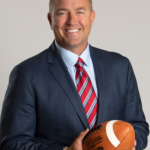 Kirk Edward Herbstreit, excellently known as Kirk Herbstreit is an American analyst who is well recognized as being an analyst for ESPN's "College GameDay". He played quarterback at the Ohio State University where he set the record for completed passes against archrival Michigan (28) in 1992. In 2010, he started hosting a weekly college football radio show on 97.1 The Fan in Columbus. Before becoming a sports commentator, Herbstreit was a regular quarterback on the Ohio State football team and played a vital role during his senior seasons, winning one Ohio Gatorade Player of the Year as a senior. He was also a good baseball player during his college years. Additionally, Kirk announced in 2020 that the first game of the Monday Night Football Kickoff Week doubleheader alongside Chris Fowler. A week later, he and Rece Davis worked a special Monday Night Football MegaCast on ESPN2 for the Saints-Raiders game - the first-ever NFL game to be played in Las Vegas.

Kirk Herbstreit came under fire Saturday for remarks on the state of the sport amid players opting out of bowl games. Herbstreit appeared on "College Gameday" to preview New Year's Day bowl games at the Rose Bowl when he made the remarks to former Michigan Heisman Trophy winner Desmond Howard. "What's the difference as a player when saying these games are 'meaningless' when, Des, we played in 'meaningless' games," Herbstreit said. "I mean I know you guys were here a lot. I just don't understand. If you don't make it to the playoff, how is it meaningless to play football and compete? Isn't that what we do as football players? We compete?"

"I don't know if changing it or expanding it is going to change anything. I really don't. I just think this era of the player just doesn't love football." Herbstreit came under fire over his remarks. Green Bay Packers defensive back Adrian Amos and Chicago Bear wide receiver Allen Robinson II were among those taking Herbstreit to the task. "Just wanted to clarify some of my comments from earlier today. Of course, some players love the game the same today as ever," he wrote. "But some don't. I'll always love the players of this game and sorry if people thought I generalized or lumped them all into one category."

What is Kirk Herbstreit Famous For? 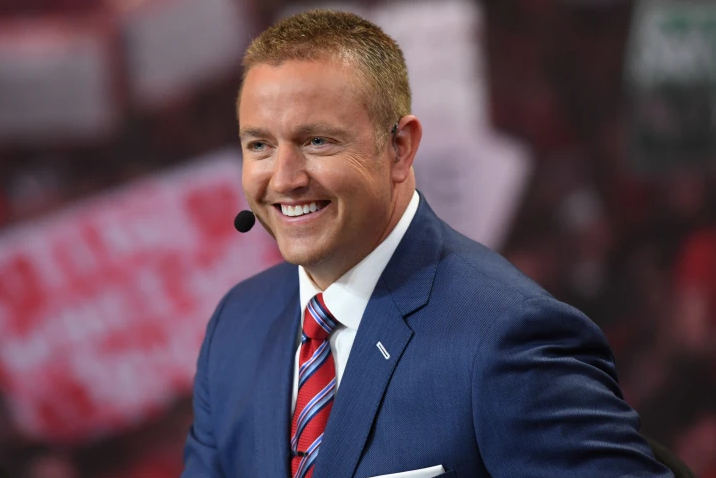 What is Kirk Herbstreit Real Name?

Kirk Herbstreit stepped for the very first time on 19th August 1969 in Centerville, Ohio, the U.S. He was born with the real name of Kirk Edward Herbstreit in a Christian religious family. He holds American nationality and he came from American-white ethnic background. Kirk has celebrated his 52nd birthday as of 2021 and as per his birthdate, his zodiac sign is Leo. He is the son of Judy Herbstreit (mother) and Jim Herbstreit (father), who was a footballer with Ohio State Buckeyes and later an associate mentor in the varsity football crew. Kirk has also a sister who is recognized by the name Terri Holmes.

Talking about Kirk's education, he graduated from Centerville High School in Centerville, Ohio, a suburb of Dayton. 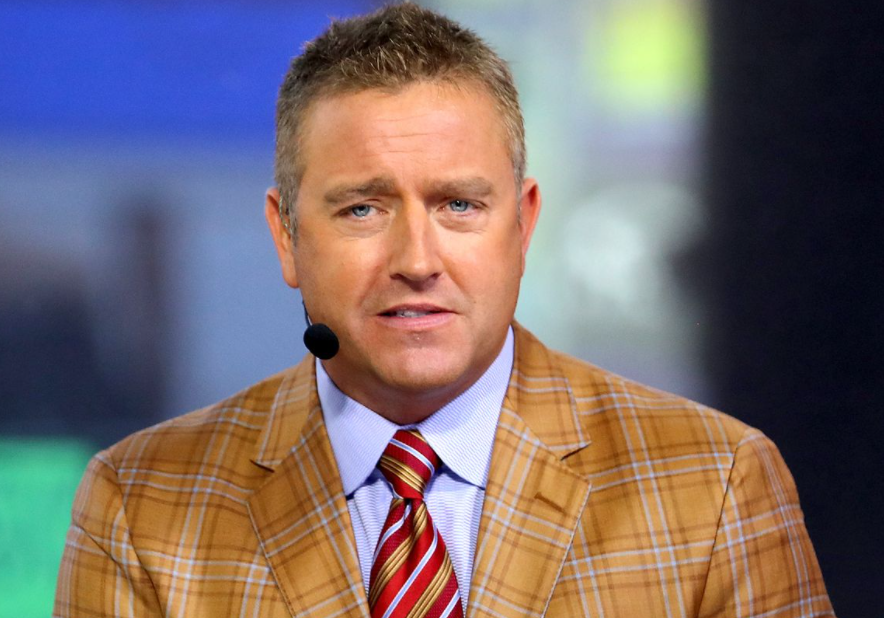 Kirk Herbstreit Wife: Who is he married to?

Kirk Herbstreit is a married guy. He met his wife Alison Butler at Ohio State, where she was a cheerleader. The pair were married in 1998 and have four sons. Herbstreit moved from Ohio to Nashville in 2011, but now split their time between there and Cincinnati where their youngest son, Chase, plays quarterback for St. Xavier High School. His twin sons, Jake and Tye, were athletes at Montgomery Bell Academy. Tye now plays football as a walk-on at Clemson University. Jake walked on at Clemson before transferring to Ohio State as a preferred walk-on. Concerning Kirk's sexual orientation, he is straight. 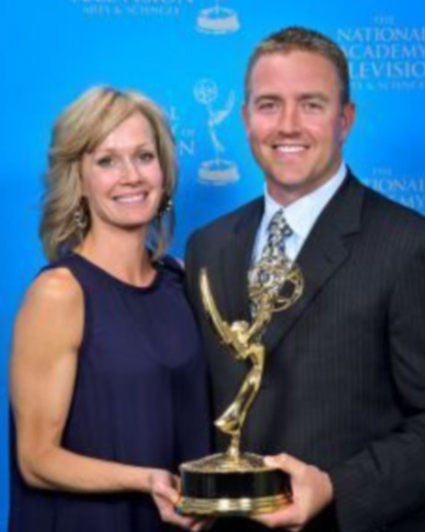 What is the Net worth of Kirk Herbstreit?

Kirk Herbstreit has a net worth of $4 million as of 2021 whereas the player reportedly earned $2 million in salary as per his contract. With his calm and easy-going personality, he is expected to get more popular in the coming years. Kirk has not done endorsement work for any brands yet. In addition, his major source of income is his American analyst career.

How tall is Kirk Herbstreit?

Kirk Herbstreit is 6 feet 3 inches tall and his body weighs around 70 kg. He has brown hair and dark brown eyes color. His ethnic background is probably one of the reasons for his bold and extremely attractive personality. Moreover, Kirk's body build type is athletic.