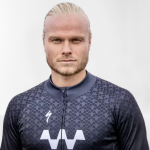 Koen Verweij is a Dutch speed skater and inline speed skater. He is among the top speed skater of his country the Netherlands and has also represented the country in Olympics and World championship events. He competed at the 2014 and 2018 Winter Olympic Games.  In 2010, he won the "Egbert van't Oever Encouragement award" for the best young Dutch skater.

In the world junior championships 2007 held in Changchun, China, Verweij won the silver medal after finishing just behind his teammate Jan Blokhuijsen and in front of his other teammate Berden de Vries. At the 1500 meters at the 2014 Winter Olympics, he only finished 0.003 seconds behind Zbigniew Brodka to win the silver medal.

What is Koen Verweij famous for?

Where was Koen Verweij born?

Koen Verweij was born on 26th August 1990 in Alkmaar, a city in the province of North Holland, the Netherlands. His birth name is Koen Verweij. He holds a Dutch nationality and belongs to the Caucasian ethnicity. His star sign is Pisces. By religion, he is a devoted Christian.

Verweij was born into a middle-class family. His parent's identity is not revealed at the moment. He has a beautiful sister, Dorien Verweij with whom he grew up and shares a close bond. It was his parents who encouraged and supported little Verweij to play skating since childhood.

Koen Verweij is currently dating the 23 year old speed skater Jutta Leerdam. Like Koen, she was also born in the Netherland and holds Dutch nationality. She is the winner of the 2017 World Junior Speed Skating Championships. The duo first met each other in 2016. Before their meeting, they had already known each other due to their profession but hadn't known each other personally.

After a series of conversations and casual talks while their campaign at Dutch Championships, they gradually began to like each other and became very close which resulted in their love relationship. It is assumed that the love birds began dating in the year 2018. Due to their same profession, Jutta and Verweiji are always seen together and happen to maintain a healthy relationship. Hope their relationship will blossom in the upcoming days.

How much does Koen Verweij earn?

As of February 2022, the net worth of Koen Verweij is estimated to be US $1 million. He has accumulated his fortune through his successful skating career. As a prolific speed skater, he earns around $20 thousand to $50 thousand from participating in Dutch Championships, European Championship, and World Championships. A major part of his income comes from endorsement deals too.

How tall is Koen Verweij?

Koen Verweij is 6 ft 0 inches tall and his body weight is around 76 Kg. He has an Athletic build body. He looks handsome in his long hairstyle that is blonde in color. He has a pair of sparkling blue eyes. As a  skater, Verweij regularly does single-leg deadlift/balance, Jump squats or jump lunges, star jumps, Skipping, and Rotation jumps to improve his skating power.

Trivias About Koen Verweij You Need To Know.