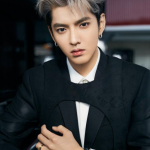 Kris Wu is a Chinese Canadian actor, rapper, singer, record producer, and model. He is a former member of the South Korean-Chinese boy band "EXO". As a member of EXO, he released his debut album titled "XOXO" in June 2013. As a solo artist, he has released several hit singles such as Greenhouse Girl (2015), Deserve (2017), and Like That (2018). He made his theatrical film debut as Peng Zeyang in the romantic-drama film Somewhere Only We Know in 2015 and he made his first TV show appearance as a guest on Infinite Challenge in 2005. He made his Hollywood debut in XXX: Return of Xander Cage (2017). In 2007, he passed the SM Entertainment Global Auditions which were held in Canada. Thereafter, he moved to South Korea in 2008, as an SM trainee. In 2014, seven years after he joined as a member of SM Entertainment, he filed a case against them under the act of violation of human rights and asked the company to terminate his contract. In the year 2015, Kris became the first male celebrity to be featured on the cover of Vogue China. In 2016, he founded his own charity company called Extraordinary Honorary Court with the motive of encouraging the sport of basketball especially in the middle schools of China. He has been chosen as an ambassador to represent the 3rd Silk Road International Film Festival, American Express Hong Kong, Mercedes-Benz’s Smart, and Burberry.

In July 2021, a former fan named Du Meizhu accused Kris of sexually abusing her. Du also claimed that at least 8 women reportedly had similar experiences with Kris, including 2 who were minors. Kris Wu's side stepped up to deny all allegations made against him, as the case was soon turned over to Beijing police for investigation. The initial findings in the ongoing police investigation of Chinese singer/actor Kris Wu (also a former member of EXO) is currently the major buzz on various C-media platforms. As of July 22, according to police, Du Meizhu was invited to Kris Wu's home by Wu's manager at the time in December of 2020, believing that the gathering was an opportunity to "audition" for a role in Wu's MV. Du and Wu "engaged in sexual relations", after which Du and Wu maintained contact via WeChat. Kris Wu also offered Du money to be used for "online shopping". During her police questioning, Du Meizhu also confessed that she originally raised allegations against Kris Wu in order to gain "fame". So far, police are continuing their investigation in order to uncover whether or not Kris Wu and his party intentionally "lured" women, including underaged minors, for the purpose of having sexual relations. 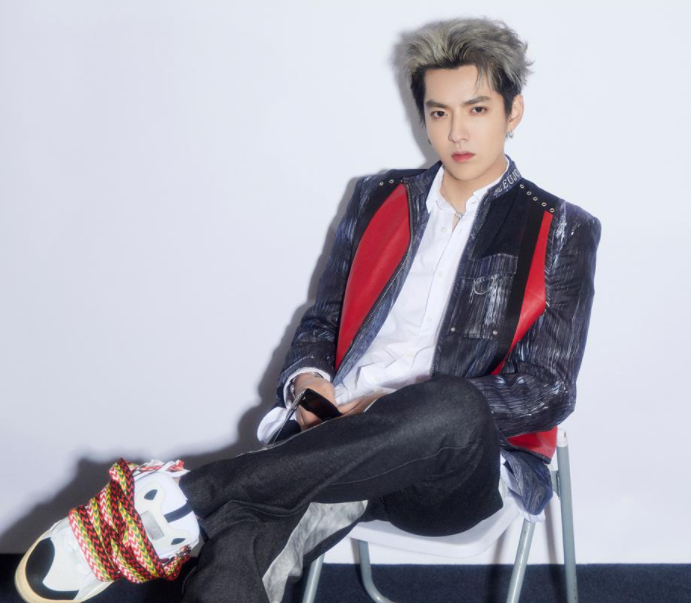 What is the Real Name of Kris Wu?

Kris Wu was born on 6th November 1990 in Guangzhou, China. His real name is Li Jiaheng. His legal Chinese name was later changed to Wu Yi Fan. At the age of 10, he moved to Vancouver, British Columbia, Canada, with his mother, Wu Xiuqin. He returned to China at the age of 14. Details about her father and siblings are still to get revealed yet. His parents separated in 2000. He holds Canadian-Chinese nationality and his ethnicity is Asian as he has Chinese ancestry. His Zodiac sign is Scorpio whereas his religious belief is Christian. His present age is 30 as of 2020.

About his education, Kris Wu studied at Guangzhou No.7 Middle School for a short while. He was the school's basketball team captain. He was awarded an NCAA scholarship after he led his team into victory during the China Junior NBA tournament but had to reject it in order to shift to Vancouver with his mother. He continued to study at Point Grey Secondary School and later, started studying at Sir Winston Churchill Secondary School in Vancouver. At the age of 18, he auditioned for SM Entertainment's Canadian global auditions, which were held in Vancouver; after passing the auditions, he became a trainee for the company and was offered a role in Exo in 2012.

How was the Career of Kris Wu? 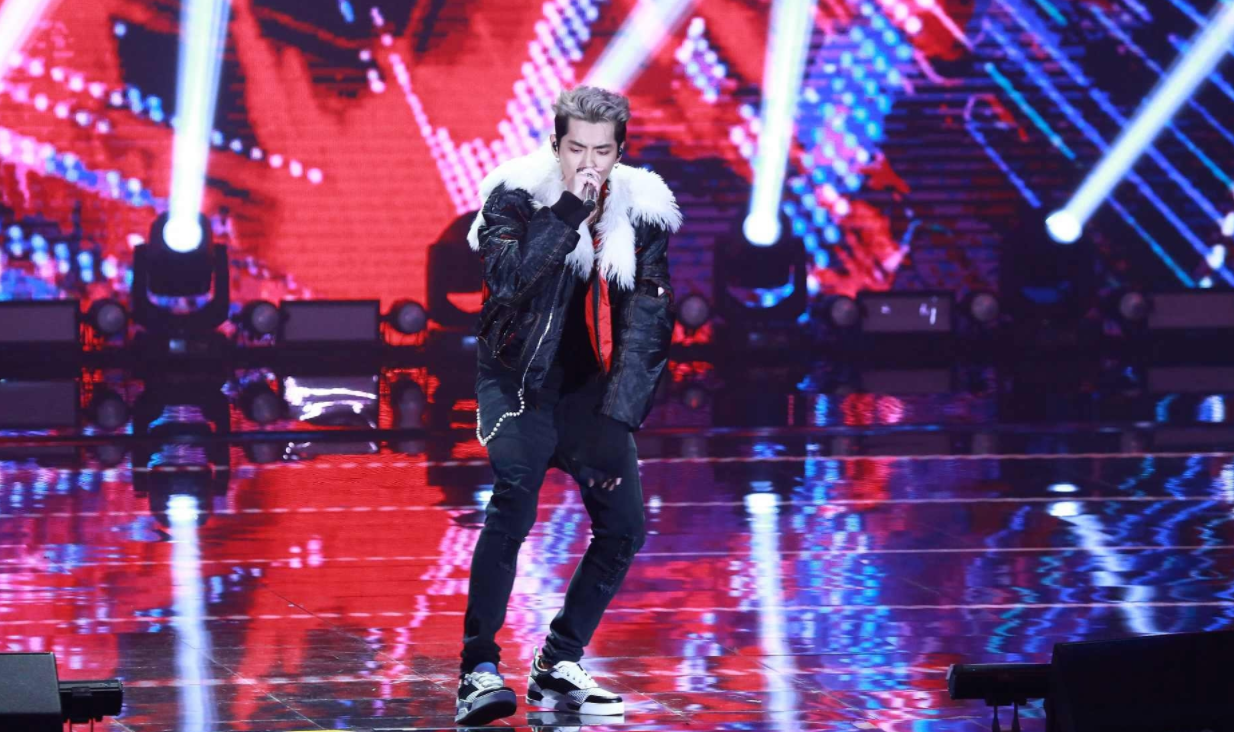 On 30th July 2015, SM Entertainment filed a lawsuit against Wu and the Chinese companies working with him at the Beijing court, stating that "these activities have infringed the rights of the EXO members and SM, and have caused great financial harm to us and our partners. This is not only an abuse of the system but also an unethical move that has betrayed the trust of this company and the other members".

Who is Kris Wu Girlfriend?

Kris Wu is an unmarried man and he is still to get married. Currently, he is in a relationship with his charming and beautiful girlfriend, Chen Ziyi. Social media has lit up with conversation around leaked video footage which appears to show Kris Wu renting out a theater for a date with 19-year-old starlet Chen Ziyi. Shortly after the clip was posted, the hashtag "Kris Wu takes a female companion to the movies" shot to the top of the trending charts, as details and hot takes started to emerge on Weibo. His sexual orientation is straight and he is not gay. 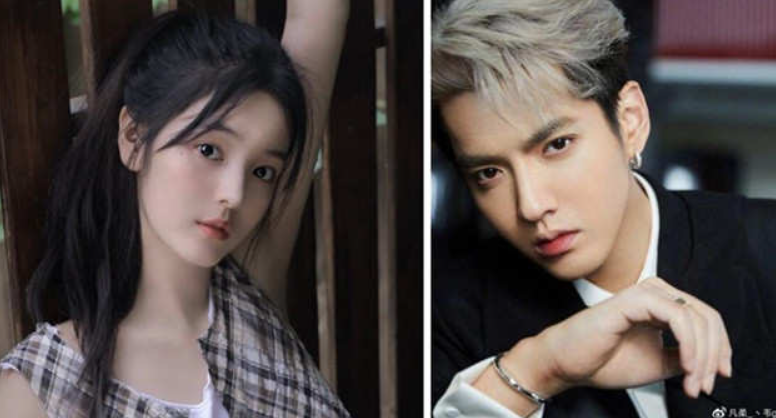 Back then, Kris Wu and actress, Coulee Nazha were rumored to be dating in 2017. However, they denied all rumors. Once there was a rumor that he might be dating a woman by the name of Xiao Gina.

Kris Wu can speak four languages: Chinese (Mandarin and Cantonese), English, and Korean. During the 2019–20 Hong Kong protests, he shared photos of the Chinese flag accompanied by the hashtags "the Chinese national flag has 1.4 billion flag bearers" and "I am a flag bearer" on his official Weibo account.

As a philanthropist, Wu joined Heart Ali, a project started by Fan Bingbing and Chen Lizhi (the general manager of Beijing Maite Media) which aimed at helping children suffering from congenital heart defects in Ngari Prefecture in Tibet. He launched his own charity project called Extraordinary Honorary Court on 21st January 2016.

Recently on 8th July 2021, 19-year old Chinese college student, Du Meizhu (都美竹) accused Wu of luring teenage girls into having sex with him. Du said she met him at age 17 and was given alcohol; she said she awoke in his bed the next day. She said she knew of at least eight victims, including herself. Two of them were allegedly minors. Whereas Wu and his management team categorically denied the allegations, but Du later revealed on social media that Wu's management had attempted to pay her hush money. She also demanded that Wu retire from entertainment, leave China, and issue handwritten apology letters to each victim which led to multiple brands, including Louis Vuitton, suspending or dropping endorsement deals and collaborations with him.

What is the Net Worth of Kris Wu?

Kris Wu is a multi-talented actor, rapper, singer, record producer, as well as a model whose net worth is estimated to have $10 Million as of 2021. He earned his fortune from the albums and the singles. Additionally, he is also receiving a cool amount of paycheck by acting in movies. Talking about his endorsements and ambassadorship, he became the youth ambassador for the 3rd Silk Road International Film Festival in Xian in 2015. He also became the first endorser for Mixxtail in 2016. Mercedes-Benz chose Wu as their brand ambassador in China for their Smart division and introduced the limited edition "Kris Wu Edition" smart. He has also been made the global ambassador for I.T Cashback Card under American Express Hong Kong. Burberry chose Wu as their global ambassador in 2016, making him the first non-British as well as the first Asian person to be the face of the brand. He made his international debut as the brand ambassador of Bulgari at 2017 BaselWorld. He was also announced as the ambassador for China's Jr. NBA program and is part of the program's mentor group. His major source of wealth comes from the music industry and he is living a lavish lifestyle.

How tall is Kris Wu?

Kris Wu is a handsome actor whose body build is slim. He has a tall height of 6 ft 1½ in or 186.5 cm and his balanced weight is 78 kg or 172 lbs. Her eye color is dark brown and his hair color is natural black but he often tends to dye his hair Blonde. He has a tattoo of a Borneo Scorpion on his left hand. His other body measurements is unavailable at a moment. Overall, he has got a healthy body and he is conscious about his food intake.

Trivias About Kris Wu You Need To Know.