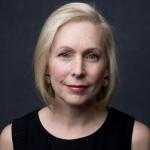 Some people spend all their lives working towards an electoral position, like an item on their bucket list that they must chek. For most of these people, a position of service is nothing more than a place to fulfill the thirsts of their ego and line their pockets. For others, they find themselves in positions like this because they were called to it. A position held out of personal responsibility to serve and make their part of the world a better place to be. Among these two groups of electoral officeholders, Kristen Gillibrand belongs in the latter.

Sen. Kirsten Gillibrand dropped out of the race for the 2020 Democratic presidential nomination Wednesday afternoon, ending a campaign that failed to catch on despite the New York Democrat's substantial campaign war chest and high profile position. "Today, I am ending my campaign for president," Gillibrand said on Twitter. "I am so proud of this team and all we've accomplished. But I think it's important to know how you can best serve. To our supporters: Thank you, from the bottom of my heart. Now, let's go beat Donald Trump and win back the Senate." Gillibrand's decision to drop outcomes as she was on the cusp of failing to qualify for the third Democratic primary debate as she was unable to meet the donor and polling thresholds outlined by the Democratic National Committee. The New York Times was first to report on Gillibrand's announcement.

A Gillibrand aide told CNN that the senator decided to end her presidential campaign last night after talking with her family and "after it was clear she would not take the stage." Gillibrand viewed qualifying for the third debate as critical and had spent millions on TV and digital ads aimed at boosting her support. But those efforts failed to break Gillibrand out of the pack of candidates polling under 1% nationally. Gillibrand informed her more than 100 campaign staffers on Wednesday that she was ending her campaign, according to a campaign aide. The senator came into her Troy, New York, headquarters and -- with her early state staff on the phone -- delivered the news.

Gillibrand's campaign recognized early in the summer that the New York senator would likely be unable to come back from being excluded from the third and fourth debates, the aide said, so the campaign ramped up their on-the-ground field operation in Iowa and New Hampshire and started spending millions on TV and digital ads aimed at garnering small-dollar donations and boosting the senator's standing in early state polls. As it became clear Gillibrand's all-in strategy had failed, the senator opted to get out.

Gillibrand's decision to get out is a "recognition that the debates matter," the aide said. "And when there are 10 or more candidates who are going to be on the September and October debate stage, you really are at a disadvantage if you are not on that platform." The aide added that Gillibrand viewed their summer strategy as the campaign "leaving it all on the field" and an acknowledgment that they would likely be out "if it didn't work." "She wanted to know that she was doing everything she can to be part of the smaller group that was on the September and October debate stage, so when that didn't come together, she knew it might not be her time," the aide said. The senator entered the presidential race with an exploratory committee in January, outlining a campaign that would focus on fighting for equality, especially for women, something that she has also made central to her time in the Senate.

Gillibrand joined the 2020 field with $10.5 million in the bank, a massive campaign bank account that quickly made her one of the most financially formidable candidates in the race. But that advantage was short-lived as Gillibrand struggled to raise money in the crowded field, an early sign that the senator's bid would eventually fail. Gillibrand was down to $800,000 near the end of her campaign, an aide told CNN. The campaign spent liberally, including on a roughly 100-person staff, millions on TV and digital ads and, since early summer, a robust organizing staff in New Hampshire and Iowa. Unlike some Democrats running for President, Gillibrand took her fight directly to President Donald Trump, regularly calling him out on the campaign trail. This was a clear strategy for the senator from Trump's home state: Gillibrand officially kicked off her presidential campaign in March with a rally outside Trump Tower in New York City. "He puts his name in bold on every building," Gillibrand said during the rally. "He does all of this because he wants you to believe he is strong. He is not. Our president is a coward."

Gillibrand also spent much of her campaign fighting back questions about her role in Minnesota Democrat Al Franken's decision to leave the Senate in 2017 after he was accused of inappropriately touching women. Franken was a popular Democrat, and Gillibrand's calls for Franken's ouster ran afoul of some powerful Democratic donors. Throughout her presidential campaign, Gillibrand stood by the decision and said it was sexist that she was dogged by the issue. Gillibrand centered her campaign on equality, especially for women, and released plans on reproductive rights, paid family leave and a sweeping plan she called her "family bill of rights." As for why she didn't gain traction, Gillibrand believes that "some of the issues that she prioritized are a little bit ahead of their time and a little bit ahead of the electorate, particularly in valuing women, but she doesn't regret it for a minute," the aide said.

A number of her Democratic opponents took to Twitter to tout Gillibrand's work after her announcement on Wednesday. "Kirsten, you are my sister and one of the most righteous fighters I know," New Jersey Sen. Cory Booker wrote. "I'll miss our run-ins on the trail, but women, New Yorkers, and all Americans are lucky to have you resolutely at their sides." "My friend ⁦‪@SenGillibrand⁩ is a brave voice on some of the most critical issues facing our country today — from childcare to sexual assault. She is a champion and I know she's not done fighting for women and families everywhere," California Sen. Kamala Harris said. And former Rep. Beto O'Rourke wrote, "Thank you, ⁦‪@SenGillibrand⁩, for always fighting for what's right. Every day of this campaign, your leadership brought attention to the issues that matter most—and our party and our country are stronger because of it." Gillibrand does plan to endorse in the 2020 Democratic primary, the aide said. "She is not going to rush into that," the aide added.

Where did Kirsten Gillibrand grow up?

Recalling her early life, Kirsten Elizabeth Rutnik was born in Albany, New York. She is the daughter of Polly Edwina (Noonan) and Douglas Paul Rutnik. Both her parents are attorneys, and her father has also worked as a lobbyist. Her parents divorced in the late 1980s.

Gillibrand has an older brother, Douglas Rutnik, and a younger sister, Erin Rutnik Tschantret. Her maternal grandparents were businessman Peter Noonan and Dorothea "Polly" Noonan, a founder of the Albany Democratic Women's Club and a leader of the city's Democratic political machine. Gillibrand has English, Austrian, Scottish, German, and Irish ancestry and belongs to American by nationality.

During her childhood and college years, Gillibrand used the nickname "Tina" and began using her birth name a few years after law school. In 1984, she graduated from Emma Willard School and then enrolled at Dartmouth College. During college, Gillibrand interned at Republican U.S. Senator Alfonse D'Amato's Albany office. Gillibrand received her J.D. from UCLA School of Law and passed the bar exam in 1991.

What is the profession of Kristen Gillibrand?

Is Kristen Gillibrand married or not?

Reflecting her personal life, Kristen was married to Jonathan Gillibrand. They met on a blind date. The couple shares two sons. The family live in Washington D.C due to her job as a Senator but have a house in Brunswick, New York.

How much Kristen Gillibrand earn?

As per online sites, Kristen Gillibrand is reportedly worth $600 Thousand at present. She has investments in the Pharmaceutical and Heath sector, which go along with her salary as a U.S Senator.

How tall is Kristen Gillibrand?

Observing her body physics, Kristen has a height of 5 feet 6 inches and weighs around 55 Kg. Similarly, she has a pair of blue eyes and straight blonde hair color. Her other body information is yet to be disclosed. In the case of disclosed, we will let you know.