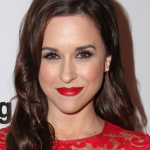 Extremely talented and charming, Lacey Chabert is an American actress and voice actress, and singer. People mostly know her as Claudia Salinger in the television drama ‘Party of Five’. Furthermore, she also provided the voice of Eliza Thornberry in the animated series ‘The Wild Thornberrys’.

Who Was Wendy Chabert And What Was Lacey Chabert's Sister Cause of Death?

Lacey Chabert was born on September 30, 1982. Native from Purvis, Mississippi Lacey was born to a middle level family. She had always wanted to become an actor ever since a kid. She used to attend drama and music performances in and around her hometown from an early age. She landed her first professional role on Broadway at the age of just nine as the young Cosette in "Les Miserables". She's a Libran according to her zodiac sign.

Once a famous child actor, today has turned into one smoking hot young adult. She showed her sexy side to the world by shedding her entire clothes for Maxim Magazine cover shoot. She left her fans gasping for air through her sensuous pictures. Lacey just looked absolutely amazing there. She definitely has that unconventional good looks about her. There's something pretty unexplainably blistering about Lacey. Since, she's a starlet she carries the responsibility to look great almost every time possible and she does that pretty effortlessly. She wears outfits and hairdos that would look just absolutely trendy and gorgeous on her. Looking at her toned and tight figure it seems as though, she can nail any attire. To sum it up, she's one beautiful actor that we have today and no one can take away that from her. She stands 157 cm and has a balanced weight of 53 Kg. Her eye color is Hazel. Her bra size is 34C and her body measurement is 37-24-35 inch.

Lacey has won the 2005 MTV Movie Award for Best On-Screen Team for Mean Girls. She won both the 1997 and 1998 The Hollywood Reporter Annual YoungStar Award for Best Performance by a Young Actress in a Drama TV Series for Party of Five, and had been nominated three other times for work from 1999 to 2000. The YoungStar awards honor the best film, TV, and music performances made exclusively by six- to 18-year-olds.

Speaking of her personal life biography, she is married to her boyfriend David Nehdar since 2013. Both of them exchanged their "I do's" after remaining in relationship for over couple of years. She announced that she was married via twitter. Although it came as a surprise to many of her well wishers but everyone chanted their best wishes to the newlyweds through social networking sites. She looks pretty happy sharing a new start of bonding with her husband. We wish them the best for their future. Chabert gave birth to their daughter, Julia Mimi Bella Nehdar on September 1, 2016. Details about her can be obtained from wiki and other personal sites relating her.

Net Worth of Lacey

Famous child actor of her time, Lacey throughout her career has acted on numerous TV and film projects however; she never became the superstars of mainstream movies. Somehow she never looked dissatisfied from that. Today, she's estimated to have a total net worth of $ 3 million and it's because only of her continued dedication towards her work. Her annual salary is $1 Million as of 2018.

Some trivia about her, she has three other siblings, a brother TJ and two sisters; Wendy and Crissy. She loves photography and supports any such programs that encourage the adolescent kids to spend their time creatively and productively. She has frequently made it to the list of Maxim Magazine's "Hot 100" list. Speaking about her hobbies, she loves playing violin, cooking and shopping for shoes. More on such trivia about Lacey can be fetched from IMDb.

Trivias About Lacey Chabert You Need To Know.