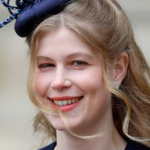 Lady Louise Windsor is the elder child of Prince Edward, Earl of Wessex and Forfar, and Sophie, Countess of Wessex and Forfar, both members of the British royal family. She is a granddaughter of Queen Elizabeth II and Prince Philip, Duke of Edinburgh. A niece of King Charles III, Lady Louise Windsor is 15th in the line of succession to the British throne as of 8 September 2022. She is styled as "Lady Louise Mountbatten-Windsor". When her parents were married, the Queen, via a Buckingham Palace press release, announced that their children would be styled as the children of an earl, rather than as prince or princess. Thus, court communications refer to her as Lady Louise Windsor. In 2020, the Countess of Wessex and Forfar stated that Louise retained her royal title and style and would make a choice on whether to use it when she reached the age of 18. She is a keen carriage driver. She is said to have inherited Prince Philip's driving ponies and carriage after his death, and in May 2022, she showed off her skills on a public stage, driving his carriage at the Platinum Jubilee Royal Windsor Horse Show. She previously showcased her carriage driving talents at the 2018 Windsor Horse Show and participates in the show annually.

What is Lady Louise Windsor Known For?

Who are Lady Louise Windsor's Parents?

Lady Louise Windsor took birth on 8th November 2003 to Prince Edward, Earl of Wessex, and Sophie, Countess of Wessex. She was born at 23:32 GMT at Frimley Park Hospital in Frimley, Surrey, the UK after her mother was rushed there by ambulance from the Wessex home at Bagshot Park, Surrey. Prince Edward was not present for the birth because it occurred suddenly and while he was on an official visit to Mauritius. Louise was delivered by emergency Caesarean section due to placental abruption, which caused severe blood loss to both child and mother. Louise was transferred to a neo-natal unit in St George's Hospital, Tooting, London, as a precaution. Meanwhile, her mother remained at Frimley Park until she was well enough to be discharged, on 23 November 2003. Her birth name, Louise Alice Elizabeth Mary, was announced on 27 November. By nationality, she is British and her ethnicity is British-White. Her present age is 18 as of 2021. She also has a sibling; a brother - James, Viscount Severn. She was baptized in the Private Chapel of Windsor Castle on 24 April 2004 by David Conner, the Dean of Windsor; her godparents were Lady Sarah Chatto, Lord Ivar Mountbatten, Lady Alexandra Etherington, Francesca Schwarzenbach, and Rupert Elliott. She was the last child to wear the original royal christening gown. She attended St George's School, Windsor Castle before moving to St Mary's School Ascot in 2017 from her year 9 school year. She chose English, history, politics, and drama as her A-Level subjects. While attending school, she took part in The Duke of Edinburgh's Award. She started studying English at the University of St Andrews in September 2022. In August 2022, it was reported that she had been working at a garden center over the summer.

Everything To Know About James, Viscount Severn

In June 2008, to recognize a visit by Louise's father to the Canadian province of Manitoba, the Lieutenant Governor of Manitoba renamed a lake in the north of the province after her. Her younger brother, James, was also honored with a different lake in the province.

What is Lady Louise Windsor's Net Worth?

Lady Louise Windsor is from the royal family and she is currently studying at the University. Her exact net worth and salary have not been disclosed yet. Her source of wealth comes from her parents. The combined net worth of her parents; Prince Edward, Earl of Wessex, and Sophie, Countess of Wessex is $45 Million at present. She is living a lavish lifestyle at present. 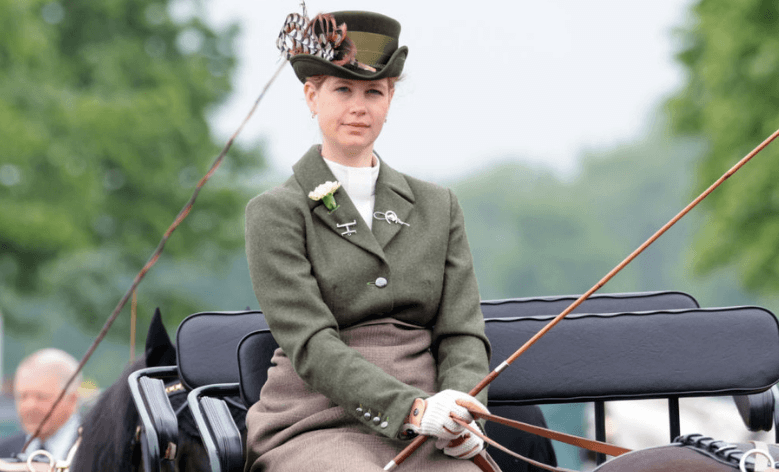 Who is Lady Louise Windsor's Boyfriend?

Lady Louise Windsor is an unmarried lady as she is young to get married. She is living a single life and she is currently studying at the University of St Andrews. She chooses to continue her studies and later will take the responsibility as title “ Counselor of State” thus there are many responsibilities on her head. She is enjoying her single life a lot. Her sexual orientation is straight.

How tall is Lady Louise Windsor?

Lady Louise Windsor stands at the height of 5 ft 5 in / 164 cm and her body weight consist of 117 lb or 53 KG. Her body type is slim. Her body measurement is 29-23-31 in (breast-waist-hips). Her hair color is blonde and her eye color is blue. Born with esotropia, Louise underwent an operation in 2006 in an unsuccessful attempt to correct the problem. She had further treatment in late 2013 that corrected her eyes. Today, she has got a healthy body with a charming smile.

Trivias About Lady Louise Windsor You Need To Know.