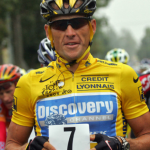 Lance Edward Armstrong shortly named as Lance Armstrong is an American former professional road racing cyclist who became regarded as a sports icon for his seven consecutive Tour de France wins from 1999 to 2005, the most in the event's history. His reputation would be tarnished by a doping scandal that led to him being disqualified from his titles. He began his career as a professional cyclist with the Motorola team in 1992 where he had notable success between 1993 and 1996 with the World Championship in 1993, the Clasica de San Sebastian in 1995, Tour DuPont in 1995 and 1996, and a handful of stage victories in Europe, including stage 8 of the 1993 Tour de France and stage 18 of the 1995 Tour de France. retired from racing at the end of the 2005 Tour de France, but returned to competitive cycling with the Astana team in January 2009, finishing third in the 2009 Tour de France later that year. Between 2010 and 2011, he raced with Team Radio Shack, the UCI ProTeam he helped found. He retired for the second time in 2011. In 2012, a United States Anti-Doping Agency (USADA) investigation concluded that Armstrong had used performance-enhancing drugs over the course of his career. As a result, he was stripped of all of his achievements from August 1998 onward, including his seven Tour de France titles. In April 2018, he settled a civil lawsuit with the United States Department of Justice and agreed to pay US$5 million to the U.S. government after whistleblower proceedings were commenced by Floyd Landis, a former team member.

One week after the finale of ESPN’s “The Last Dance,” the network decided to follow up the smash-hit documentary with a look at a figure much, much more controversial than Michael Jordan: disgraced cycling great Lance Armstrong. In Part 1 of “LANCE” aired on Sunday, ESPN took a look at the early life of Armstrong, his rise through the cycling world, and his cancer diagnosis. The latter subject led to a very sensitive question: Was Armstrong’s testicular cancer a product of his admitted doping?. Lance answer I don’t know the answer to that. I don’t want to say no because I don’t think that’s right either. I don’t know if it’s yes or no, but I certainly wouldn’t say no. The only thing I will tell you is the only time in my life that I ever did growth hormone was the 1996 season. So just in my head, I’m like “growth ... growing ... hormones and cells.” If anything good needs to be grown, it does. But wouldn’t it also make sense if anything bad is there, that it too would grow?” The timeline of Armstrong’s cancer and doping goes like this. By his own admission in the early minutes of the documentary, Armstrong began doping when he was 21, which would have been around 1992. Armstrong revealed his cancer diagnosis in October 1996. 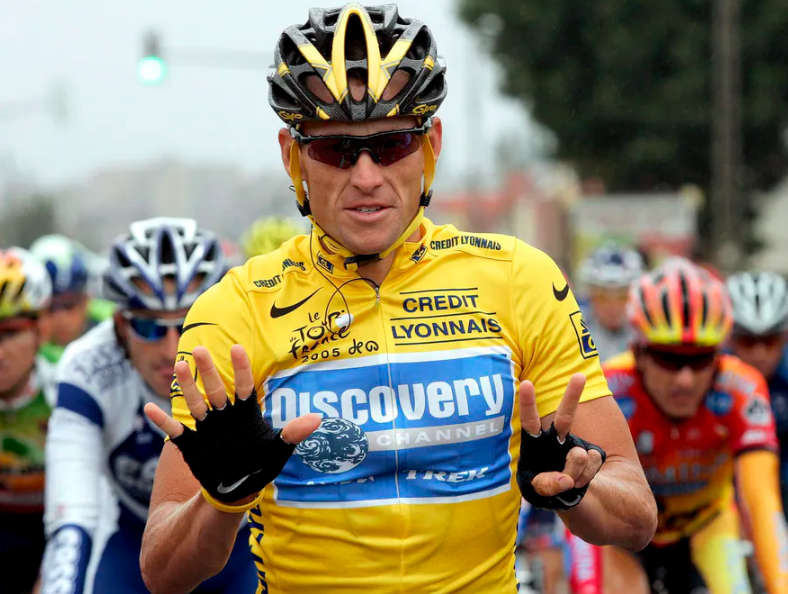 What is the birthplace of Lance Armstrong?

Lance Armstrong was born with the real name/birth name of Lance Edward Armstrong on 18th September 1971. He was named after Lance Rentzel, a Dallas Cowboys wide receiver. His birthplace is in Plano, Texas, the USA. His nationality is American and his ethnicity is Mixed. He is of Canadian, Dutch, and Norwegian descent. His race is White. He was born to his parents; Linda Gayle and Eddie Charles Gunderson. His parents divorced when he was two and his mother remarried Terry Keith Armstrong, a wholesale salesman, who adopted Lance in the year 1974. As of 2019, he celebrated his 48th birthday. There is no information about his siblings, education.

How Lance Armstrong pursue his career? 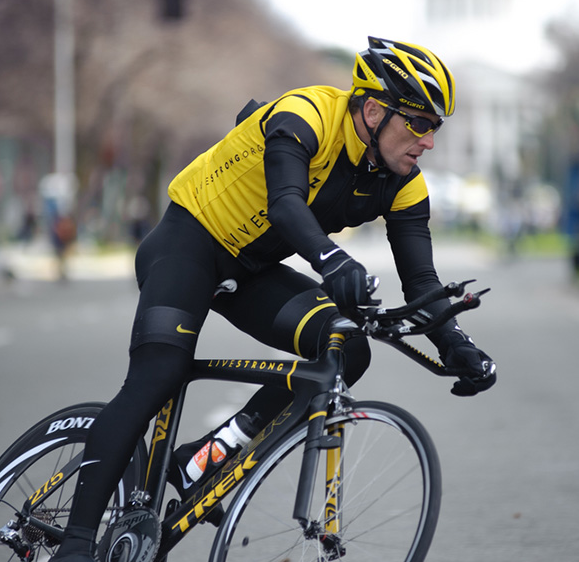 What is the Net Worth of Lance Armstrong?

Lance Armstrong is an American former professional road racing cyclist. He became regarded as a sports icon for his seven consecutive Tour de France wins from 1999 to 2005, the most in the event's history. As per sources, the net worth of Lance Armstrong is estimated to have $50 Million as of 2020. At the peak of his career, the Lance Armstrong net worth was reportedly around $125 million, as the former road racing cyclist earned over $20 million a year from endorsements and prize money. However, by pleading his guilt over the Lance Armstrong doping allegations in 2013, the two-time Tour de France champion had to return all of the medals he won from 1998 onwards, losing major sponsorship deals, costing him a reported $75 million in the process. The Lance Armstrong net worth was boosted due to a $100,000 Uber investment the disgraced cycling great made in 2009. His major sponsors, including Nike, Oakley, Trek, and Anheuser Busch all left. He owns homes in Austin, Texas, and Aspen, Colorado, as well as a ranch in the Texas Hill Country. His source of income is from a race cyclist career. At present, he is living a luxurious lifestyle from his earnings.

Who is Lance Armstrong's Wife? 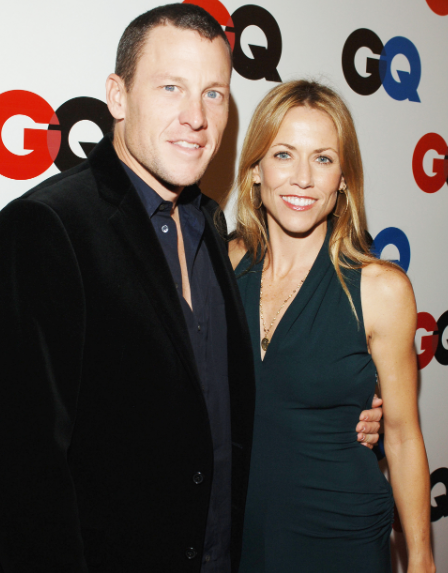 Lance Armstrong is a married man. On 1st May 1998, he married Kristin Richard whom he met in June 1997. The couple went on to have three children. The pregnancies were made possible through sperm Armstrong banked three years earlier, before chemotherapy and surgery. At Armstrong's request, his children flew to Paris for the Tour de France podium ceremony in 2005, where his son Luke helped his father hoist the trophy, while his daughters (in yellow dresses) held the stuffed lion mascot and bouquet of yellow flowers. He divorced Kristin in the year 2003. He then began dating singer-songwriter, Sheryl Crow. The couple announced their engagement in September 2005 and their split in February 2006. After that, he began dating Anna Hansen after meeting through Armstrong's charity work in July 2008. In December 2008, Armstrong announced that Hansen was pregnant with the couple's first child. Although it was believed that Armstrong could no longer father children, due to having undergone chemotherapy for testicular cancer, this child was conceived naturally. He announced the birth of his fourth child via Twitter, just as he would do for his fifth child. At present, the duo is living a happy life. His sexual orientation is straight and he is not gay.

How tall is Lance Armstrong?

Lance Armstrong is a very handsome person with an athletic body build. He has got a tall height of 1.77 m or 5 ft 9.5 in. His weight consists of 75 Kg. His other body measurements such as shoe size, dress size, chest size and more are unknown. Overall, he has got a healthy body with a charming smile attracting a lot of people towards him.