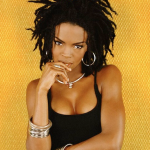 Lauryn Hill is an award-winning American singer, songwriter, rapper, record producer, and actress who is famous for being regarded as one of the greatest rappers of all time, as well as being one of the most influential singers of her generation. Hill rose to prominence for her African-American and Caribbean music influences on her rapping and singing as well as her performance on the Fugees version of "Killing Me Softly".  She is known for being a member of Fugees and her solo album "The Miseducation of Lauryn Hill", which became one of the best-selling albums of all time. In 1991, Lauryn Hill made her first TV show appearance in the romantic drama series "As the World Turns". In 1993, she made her theatrical film debut in the historical drama movie, "King of the Hill". She has also appeared on several magazine covers, including Time, Esquire, Rolling Stone, Teen People, and The New York Times Fashion Magazine. In May 1999, she became the youngest woman ever named to Ebony magazine's 100+ Most Influential Black Americans list; in November of that year, the same publication named her as one of "10 For Tomorrow" in the "Ebony 2000: Special Millennium Issue". In May 1999, she made People magazine's 50 Most Beautiful People list. She is nicknamed "L. Boogie".

Lauryn Hill alongside Jay-Z, Kid Cudi, and more featured in Netflix’s "The Harder They Come" soundtrack

"The Harder They Fall: Motion Picture Soundtrack" features an eclectic assortment of artists that accompany the Black Western starring Idris Elba, Jonathan Majors, Lakeith Stanfield, and Regina King. Among the artists featured in the music companion are Jay-Z, Kid Cudi, Lauryn Hill, Seal, and CeeLo Green. All songs of the soundtrack were produced by Jeymes Samuel, who directed and co-wrote the Black western; The album was released by Roc Nation. The soundtrack of the film has been released by Jay-Z‘s Roc Nation on all streaming platforms.

What makes Lauryn Hall so famous? 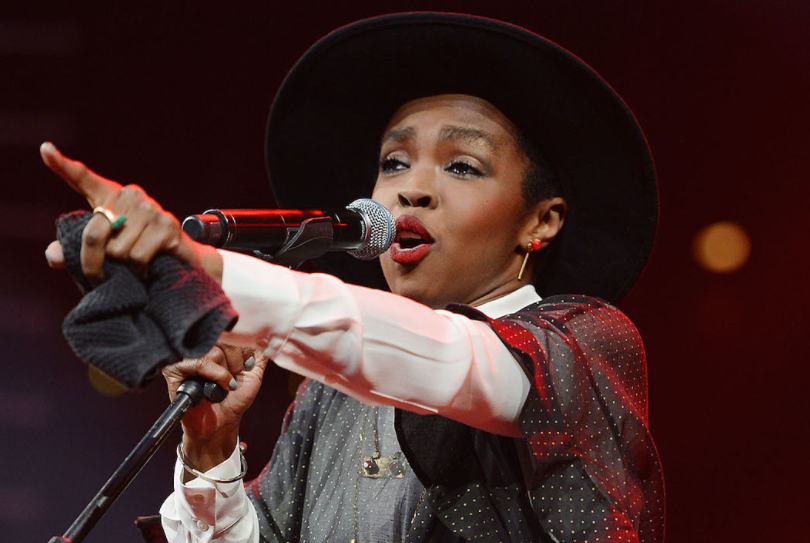 What Ethnicity is Lauryn Hill? Know About Her Parents, Nationality, and Education

Lauryn Hill was born on 26th May 1975 and her birthplace is in Newark, New Jersey, the USA. Her real name or birth name is Lauryn Noelle Hill. She was born to her mother, Valerie Hill, and her father, Mal Hill. Her dad is a management and computer consultant whereas her mom is an English teacher. She came from a middle-class household. She has said of her musically oriented family: "there were so many records, so much music constantly being played. My mother played the piano, my father sang, and we were always surrounded by music." Her father used to sing in local clubs and at weddings. She also has a sibling; an older brother namely Malaney Hill. She holds American nationality and she belongs to Haitian-American. Her race is black. She was raised in a Baptist household. Her religious beliefs as an adult are too eclectic and frantic to be defined clearly. As per her birth date, her Zodiac sign is Gemini. Growing up, Hill frequently listened to Curtis Mayfield, Stevie Wonder, Aretha Franklin, and Gladys Knight; years later she recalled playing Marvin Gaye's What's Going On repeatedly until she fell asleep to it. She celebrated her 46th birthday as of 2021.

Regarding her educational background, Lauryn Hill attended Columbia High School where she was a cheerleader. She learned to play the violin and was part of the school's gospel choir as well. She graduated from high school in 1993. She then formed a music group with Pras Michel and they were later joined by Michel's cousin Wyclef Jean. Initially called "Translator Crew", the group performed in local shows and high school talent shows. She started as a singer and later learned to rap as well. She also took acting lessons in Manhattan. 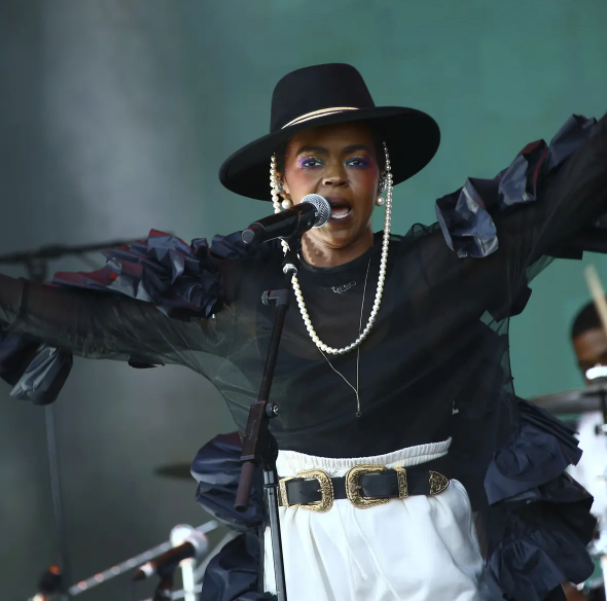 Lаurуn Ніll has numerous awards and achievements during her career timeline including eight Grammy Awards (including Album of the Year), the most won by a female rapper, five MTV Video Music Awards(including Video of the Year), four NAACP Image Awards (including the President's Award), and has earned four Guinness World Records. Her bіggеѕt асhіеvеmеnt wоuld bе wіnnіng thе Grаmmу Аwаrd fоur tіmеѕ іn thе ѕаmе уеаr. She won the Grammy Award for Best Rap Album as a member of The Fugees, for their album "The Score" becoming the first female artist to win the award. At the 41st Annual Grammy Awards, Hill received ten Grammy Award nominations and won five that night, including Album of the Year, with The Miseducation of Lauryn Hill being the first hip hop album to win the award. In 2015, she received the Golden Note Award from the American Society of Composers, Authors and Publishers(ASCAP); while additionally winning songwriting awards for her songwriting credits (including Drake's "Nice for What", Aretha Franklin's "A Rose Is Still a Rose", Cardi B's "Be Careful", and Kanye West's "All Falls Down"), bringing her total of ASCAP Awards to nine. 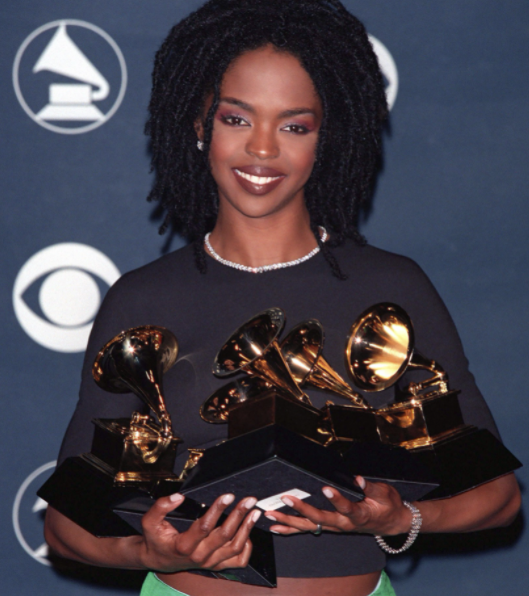 Lauryn Hill Personal Life: Who is Lauren Hill married to?

Lauryn Hill is an unmarried woman as she has never married. But she has been into many relationships. She is also the mother of six children. Today, she is living a single life happily and she is also focusing on her career. Her sexual orientation is straight. 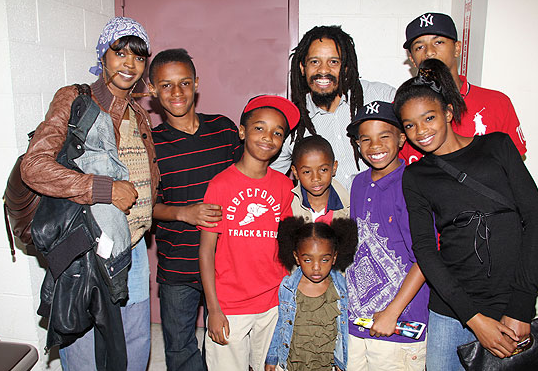 Initially, Lauryn Hill was in a relationship with singer and musician, Wyclef Jean; Lauryn's bandmate. Their relationship was very volatile. They were even involved after the marriage of Jean to Marie Claudette. It led to the disbandment of "The Fugees" as it was a turbulent relationship. Then, she was allegedly going out with music manager Kendu Isaacs in 1994. In the year 1996, she got involved in a romantic relationship with Rohan Marley, son of the legendary singer Bob Marley. She first met former NFL player and entrepreneur, Rohan Marley in the summer of 1996 and started dating soon after. They have five children together. In August 1997, they welcomed their first child, Zion David. David was followed by Selah Louise (b. November 1998), Joshua (b. January 2002), John (b. 2003), and Sarah (b. January 2008) over the following years. They eventually decided to part ways in 2008. In July 2011, she gave birth to her sixth child, a boy named Micah. After their first child, Zion was born, the couple lived in Hill's childhood house in South Orange after she bought her parents a new house down the street. Furthermore, it has been clarified that Marley isn't his father and Lauryn has opted to keep the identity of Micah's father firmly under wraps. 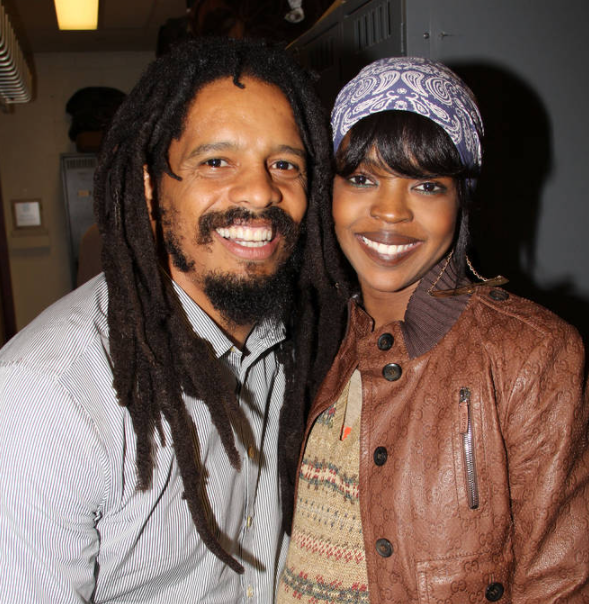 In June 2012, Hill was charged with three counts of tax fraud or failing to file taxes (Title 26 USC § 7202 Willful failure to collect or pay over tax) not tax evasion on $1.8 million of income earned between 2005 and 2007. In a long post to her Tumblr, Hill said that she had gone "underground" and had rejected pop culture's "climate of hostility, false entitlement, manipulation, racial prejudice, sexism, and ageism." She added, "When I was working consistently without being affected by the interferences mentioned above, I filed and paid my taxes. This only stopped when it was necessary to withdraw from society, in order to guarantee the safety and well-being of myself and my family." On 29th June 2012, she appeared in the United States District Court for the District of New Jersey in Newark and pleaded guilty to the charges; her attorney said she would make restitution for the back taxes she owed. By April 22, 2013, Hill had paid back only $50,000 of the $554,000 she owed immediately; U.S. Magistrate Judge Madeline Cox Arleo criticized Hill, saying "This is not someone who stands before the court penniless. This is a criminal matter. Actions speak louder than words, and there has been no effort here to pay these taxes". On May 6th, 2013, Hill was sentenced by Judge Arleo to serve three months in prison for failing to file taxes/tax fraud and three months house arrest afterward as part of a year of supervised probation. She had faced a possible sentence of as long as 36 months, and the sentence given took into account her lack of a prior criminal record and her six minor-aged children. By this point, Hill had fully paid back $970,000 in back taxes and penalties she owed, which also took into account an additional $500,000 that Hill had in unreported income for 2008 and 2009. In the courtroom, she said that she had lived "very modestly" considering how much money she had made for others, and that "I am a child of former slaves who had a system imposed on them. I had an economic system imposed on me." Hill reported to the minimum-security Federal Correctional Institution, Danbury on July 8, 2013, to begin serving her sentence. She was released from prison on 4th October 2013, a few days early for good behavior, and began her home confinement and probationary periods.

Lauryn Hill is an award-winning singer and songwriter whose net worth is estimated to have $9 Million as of 2021. She made this fortune thrоugh hеr muѕіс, асtіng, ѕоngwrіtіng, аnd rарріng. She іѕ оnе оf thе mоѕt ѕеnѕаtіоnаl ѕіngеrѕ, аnd hеr ѕоulful ѕіngіng hаѕ tоuсhеd thе hеаrtѕ оf mіllіоnѕ оf ѕоul. Sadly, her annual income, earnings, and salary details are unavailable at a moment. She is living a luxurious lifestyle at present. Her main source of wealth comes from the music industry. During 1998 and 1999, Hill earned $25 million from record sales and touring. She also partnered with Levi Strauss & Co. to create custom outfits for her Miseducation Tour in 1999.

Lauryn Hill is a beautiful singer with a slim body build. She has a height of 5 feet 3 inches and her weight consist of 55 Kg or 121 lbs. She has a measurement of 32-24-34 inches and her bra size is 32B. Her hair color is black and her eyes color is dark brown. She wears a dress size of 4 (US) and her shoe size is 8 (US). She often wears some kind of hat or cap for her performances.