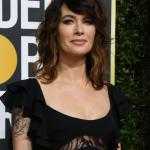 Lena Kathren Headey, popularly known by the name Lena Headey is an English actress. She is famous for her portrayal of Cersei Lannister on the HBO  fantasy drama television series, Game of Thrones since 2011. For her role as Cersei Lannister, she has several Primetime Emmy Award nominations and a Golden Globe nomination. She has won EWwy Awards, Empire Award, Portal Award, and Gold Derby TV Awards for the same role. Her other most critically acclaimed and commercially successful films are The Remains of the Day, The Jungle Book, Mrs. Dalloway, Aberdeen, Ripley's Game, The Brothers Grimm, 300, Dredd, The Purge, and 300: Rise of an Empire.

The Game of Thrones star, Lena Headey, 45, claimed that refusing sex with film producer Harvey Weinstein, whom she had accused of sexual harassment earlier in 2017, had hurt her career for 10 years. In a recent interview with Sunday Times, she stated that refusing sex with him impacted her career negatively. She told, "After he was discovered to be a slimeball, on a grander scale than me just knowing it, I did start thinking, 'F—, maybe because I didn’t shag him, that’s impacted a decade of my working life, because I did two jobs for [Weinstein\'s production company] Miramax before those incidents, and after that there was nothing".

Weinstein was accused of sexually harassing, assaulting or raping by several women, most of them from the film industry, The New York Times and The New Yorker reported in October 2017. He was arrested and charged by New York police with "rape, criminal sex act, sex abuse and sexual misconduct for incidents involving two separate women" in May 2018.

Lena Headey was born on 3 October 1973. Her birthname is Lean Kathren Headey. She was born to English parents, John Headey, a father, and Sue Headey, a mother. She is of part Irish descent. She belongs to white ethnicity. Her birth place is in Hamilton, Bermuda. She holds English nationality. Her zodiac sign is Libra. She reportedly follows Buddhism religion. She has a younger sibling, Tim Headey. Her family moved from Hamilton to Somerset when she was five years old. Then, the family moved to Highburton, near Huddersfield, West Yorkshire when she was 11 years old. She was interested in acting from her teenage. She attended Shelley College in West Yorkshire. She performed in a school production at the Royal National Theatre.

When she was 17, she performed in a one-off show at the Royal National Theatre, she was noticed and asked her to audition by a casting agent. She landed the supporting rule in the 1992 drama Waterland.

In 1993, she appeared in a small role in the critically acclaimed film, The Remains of the Day.

In 1994, she played the role of Kitty Brydon, the childhood friend and romantic interest of Mowgli in The Jungle Book.

In 1997, she appeared in the romantic drama, Mrs. Dalloway.

She then appeared in the 1999 drama, Onegin.

2000 romantic comedy film, Aberdeen was one of the successful films that won her the Silver Iris Award for Best Actress at the 2001 Brussels European Film Festivals.

She later appeared in The Parole Officer, Possession, Ripley's Game, and The Actors.

She received wider recognition after she starred as Angelika with Matt Damon and Heath Ledger in the 2005 adventure fantasy film, The Brothers Grimm.

Her most critically acclaimed and commercially successful films are The Remains of the Day, The Jungle Book, Mrs. Dalloway, Aberdeen, Ripley's Game, The Brothers Grimm, 300, Dredd, The Purge, and 300: Rise of an Empire.

She has also appeared in other films including The Cave, Imagine Me & You, Laid to Rest, The Mortal Instruments: City of Bones, The Adventurer: The Curse of the Midas Box, Low Down, Zipper, The Broken, Pride and Prejudice, and Zombies, Pete Smalls Is Dead, Thumper, and several others.

Her role as Sarah Connor in Fox's Terminator: The Sarah Connor Chronicles is also considered her successful role in the television series.

In 2011, she landed the role of Cersei Lannister on the HBO series, Game of Thrones. Her role in Game of Thrones earned him global recognition since its premiere. The series is in its final season post-production. Its final season is set to premiere in 2019. For her role as Cersei Lannister, she has won several awards and Primetime Emmy Award nominations and a Golden Globe nomination.

Lena Headey is married twice. She first married musician Peter Loughran in 2007. The couple has a son, Wylie Loughran. She stated that she suffered from postnatal depression following Wylie's birth. The couple separated in 2011 and their divorce was finalized in December 2013.

She was then romantically linked with Game of Thrones co-star, Jerome Flynn. Their relationship ended around in March 2014. They reportedly ended badly and were kept apart on the set of Game of Thrones.

With her childhood friend and director, Dan Cadan, she gave birth to her second child, a daughter named Teddy. They got engaged in July 2017 and later tied a knot to each other in 2018.

She lives in West Yorkshire, England.

She has several tattoos on her body. She has a large floral design on her back and Pema Chodron quote on her ribs.

The net worth of Game of Thrones star is estimated at around $9 million. She has earned her fortune working in the entertainment industry. Besides, she has also provided the voiceover for Mercedes A-Class television advertisements.

Trivias About Lena Headey You Need To Know.