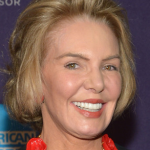 Extremely beautiful lady, Lesley Visser is Sportscaster and Sportswriter. At present, she is working for CBS network’s sports branch. She is also the radio personality.

On September 11, 1953, she was born. She was born and raised at Quincy, Massachusetts. She is the daughter of Max Visser and his wife late Mary Visser. She loved sports from her early years on. She always aspired to become a sportswriter but the job back then did not exist for women. But her parents were supportive of her decision and always encouraged her to pursue her dreams. She completed her graduation from Boston College. She majored in English. She belongs to American nationality. Her full name is Lesley Candace Visser. Her horoscope sign is Virgo.

Lesley started her career back in 1974 after receiving a prestigious award from Carnegie Foundation. It opened her opportunity to work as a sportswriter for Boston Globe. She worked there for thirteen years. While her tenure, she covered numerous sports events including college basketball, the NBA, tennis, college football, golf, and horse racing. She then joined CBS network back in 1984. But she was only doing a part-time there. In 1987, three years later, she joined the channel full-time. She had covered countless sports event while at CBS. She was assigned to cover NBA events, college basketball games, college football, and tennis along with the Olympics. She had done outstanding work for the channel. She has also worked with other sports channels like ABC Sports and ESPN. She then returned to CBS in 2000. Lesley has been working with CBS now for more than a decade. She is very talented sportswriter and sportscaster.

Lesley has got a great body structure. She stands tall at five feet and certain inch. She has become one of the iconic sports anchor and sportswriter of today’s time. Her passion for her work has helped her come a really long way in her life. She has been working for almost forty years. Her amount of experience would be valuable to any organization. She is an extreme professional. She is already sixty-four of age. But she has maintained herself beautifully over the years. She wears clothes that are decent and occupation appropriate. She chooses an outfit that reveals her curves and beautiful legs in the classic manner possible. Her eye color is Brown and hair color is Blonde.

Lesley has been married twice in her life. First, she was married to Dick Stockton in 1983. Lesley Visser marriage photos and videos can be found in google and yahoo. He is a broadcaster by profession himself. They both were married for almost twenty years. But back in 2010, something went horribly wrong in their relationship and after long years of togetherness, the two decided to end their wedding vows. They divorced. She later found love with her present husband Bob Kanuth. He is a millionaire businessman and a former Harvard Basketball captain. She does not have any children, however. Now, the couple is living happily.

Lesley's Net Worth and Salary

She is doing great in her professional life. Her employers are capitalizing on her experience and her skills. She would be an asset to any organization. They are paying her amazing salary to keep her with the company. She is satisfied with the pay she is receiving. She has accumulated a huge amount of net worth over the course of years. But she has not revealed his salary. Her net worth is under review.

Trivias About Lesley Visser You Need To Know.