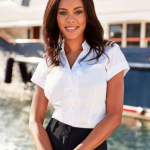 Lexi Wilson is a Bahamian model, beauty pageant titleholder as well as a TV Personality. She is famous for starring in "Below Deck Mediterranean" which premiered on Monday, June 28, 2021, on Bravo. When she was in Florida, she coincidentally met a yacht captain who invited her to come work as a stewardess on his boat. Later, she joins the season 6 crew as the second stew alongside Captain Sandy Yawn and bosun Malia White. Thus, she is responsible for supporting the chief stewardess in all interior duties as needed. According to a Bravo press release, Lexi is always one to prioritize service to the guests. She has also won Miss Universe Bahamas 2013 and represented her country at the Miss Universe 2013 pageant. Under the theme "The Golden Era: Celebrating 5 decades of Bahamian Beauty," a new Miss Universe Bahamas was crowned, Lexi Wilson.

Since Season 6 of the superyacht reality series premiered in June 2021, the main sources of drama have been the chef, Mathew Shea, and second steward and former Miss Universe Bahamas, Lexi Wilson. Though Lexi and Mat seemed to quash their issues with one another the two are headed toward even rougher waters on the July 26 episode, "Ship Happens." According to Cinemablend, Lexi first gets into an argument with bosun Malia White over the check at dinner. Following an interaction with deckhand Lloyd Spencer and another issue with Malia, Lexi then gets into it with Zee in the galley. "You're being a kiss a--," she tells the green deckhand. "F--k off." Lexi then appears to shove Zee, which had some viewers calling for her to get fired. After all, multiple yachties have been let go for much less on each Below Deck show, and physical violence is often not tolerated on reality TV programs. However, the second steward may leave the yacht before a decision can be made about her termination. Lexi's boss, chief steward Katie Flood, is eventually brought in to diffuse and handle the situation. Lexi responds by saying that she is quitting. She may leave the boat on her own accord before anyone can fire her. "I don't care. I'm, like, leaving," Lexi says to her boss before connecting with her mother on the phone. "Hey, Mom. I'm quitting this boat." It remains to be seen if Lexi will exit the boat on her own, or if Captain Sandy or Katie Flood will terminate her.

Why is Lexi Wilson Famous For?

What is the Birthplace of Lexi Wilson?

Lexi Wilson was born in the year 1992. Her place of birth is in Nassau, The Bahamas. She holds Bahamian nationality and she belongs to Bahamian-White ethnicity. Originally from the Bahamas, Lexi moved to the states for college after receiving a scholarship for Track and Field.  She celebrated her 29th birthday as of 2021. She was raised in the Bahamas by her parents. As of May 2020, her father left the world. After expressing her love and sorrow, she stated that heaven definitely gained an angel and used the hashtag #Ripdad. Amongst her many Instagram highlights, one, in particular, is titled ‘Daddy😔’ and is dedicated to her late father. The star explained that having grown up poor, her father wanted his kids to travel from birth. She follows the Christianity religion. Details about her parent's names and siblings are unavailable at a moment.

About her education, Lexi graduated with a bachelor's degree of Science in Biology, Nursing, and Physics from Langston University.

Who is Lexi Wilson Boyfriend?

Lexi Wilson is not married yet and she seems to be single at present. Whereas her co-worker Malia White has stated that she is married to a rich man. But Lexi Wilson has not confirmed yet. She is enjoying her present life happily and it seems that she is focusing on her career. Her sexual orientation is straight. 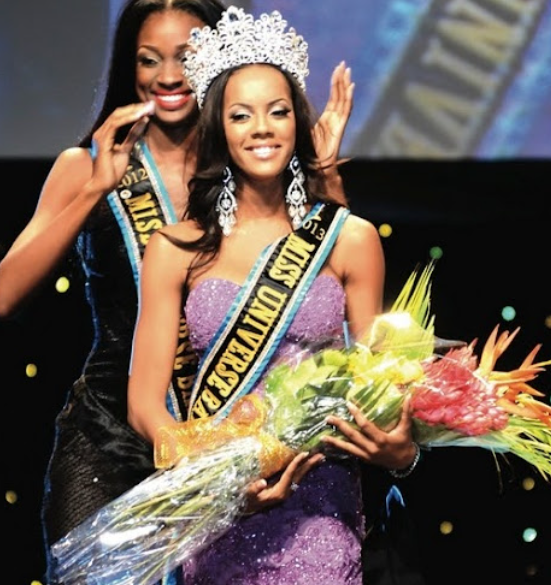 What is the Net Worth of Lexi Wilson?

Lexi Wilson is a model, beauty pageant titleholder as well as a TV personality who is the cast member of the Bravo TV show, Below Deck Mediterranean. The net worth of Lexi Wilson is estimated to have between $1 Million - $5 Million as of 2021. Her major source of wealth comes from her TV Personality career. Whereas she is also making cool money from other projects such as modeling and advertisements. She has not mentioned anything about her salary details to the media.

How tall is Lexi Wilson?

Lexi Wilson is a very beautiful and charming lady. She has a perfect height of 5 ft 8 in or 173 cm. Whereas her exact weight is still to get revealed yet. Similarly, her body size is also unavailable at a moment. Overall, he has got a healthy body as of now. She has a got a balanced body and she is very conscious about her food intake.