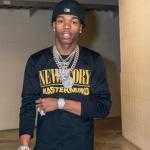 One of the young American rappers is Dominique Jones. He is popular by the name Lil Baby. He spent most of his youths dealing with legal issues. He was charged on several occasions for possessions and intent to sell drugs during his teenage and has spent at least 2 years in prison. He has released his debut album titled Harder Than Ever in May 2018. "Freestyle", "Yes Indeed", and "Southside" are some of his popular songs.

Lil Baby featuring "Seasons" music video by City Girls is out now. City Girls have released their new video "Seasons" from their new studio album titled Girl Code and they have collaborated with American rapper Lil Baby in "Seasons". Girl Code was released last week. The album also features Cardi B and Jacques.

His real name is Dominique Jones. He was born on 3 December 1994. His birthplace in Atlanta, Georgia in the United States. He holds American nationality. His birth sign is Sagittarius. At the age of 2, his parents left the family. Thus, he was raised by his single mother. He has two siblings. He did not complete his high school. He dropped out of school in the tenth grade.

Lil Baby has faced several legal issues starting from his teenage. He was charged for possession with intent to sell marijuana and was sentenced with a one-year plea deal in early 2012. However, he got involved in physical altercations with fellow prisoner and was sentenced to a 2-year deal. He was again charged with possession later in 2013 and in 2014.

Lil Baby is reportedly dating Chantavia Conwell. No other official information regarding his personal life can be discovered in online news sites.

Net Worth of Lil Baby

As of 2018, the net worth of an American rapper, Lil Baby is estimated at around $4 million. He has released his debut album titled Harder Than Ever in May 2018.

Trivias About Lil Baby You Need To Know.