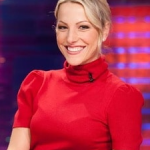 The charming and beautiful Lindsay czarniak is a television anchor and presenter. At present she is working for ESPN where she is appointed as a Sports Center anchor.

She was born on November 7, 1977 at Harrisburg, Pennsylvania. She is the daughter of Chet and Terri Czarniak. She belongs to American nationality. She attended Centreville High School. During her student years, she was sports fan. She played lacrosse and field hockey. Later, she completed her graduation from James Madison University. She specialized in online journalism.

She’s got an amazing personality combined with good looks and perfect figure. Her wit and her charm helps the viewers glue to the television screen. She stands tall at five feet and seven inches. She understands the amount of competition in the industry and thus never over looks her appearance. It is quite essential to look the part especially for those working in the television industry. Thus, she keeps herself fit through gym and sports. She has a strict diet regime too. She works pretty hard to stay fit and to look youthful. Plus, she is always stylishly dressed. She shows off her beautiful figure and enviously toned long legs in her tight fitted formals. She has maintained a good figure with average body weight.

Her career in the journalism started as a CNN production assistant. She has had countless experience then after. She’s demonstrated massive potential and versatility throughout in her career. She did her first on-air reporting for WAWS in Florida. She has worked with other channels like WTEV-TV and the Speed. Later, she also received an opportunity to work with NBC. She has covered 2006 Winter Olympics and 2008 Summer Olympics for the NBC network. Likewise, she has covered several sporting events in her career for different networks. She has also interviewed big names in the sports industry. She joined the nation’s largest sports channel ESPN back in 2011. She has covered evening preseason football games for the network. She has also co-hosts 6 pm Sports center.

In 2018, she joined Joe Gibbs Racing’s professional stock car racing team, where she started producing online content during the Daytona 500.

She is thirty five years of age. But, she is as enthusiastic and beautiful as any woman in her twenties. She is married with her long term boyfriend Craig Melvin in 2011. He is the WRC-TV reporter. The pair has been married for two years and are going strong together. They both are in the same profession and thus understand the hardships relating the work. Both respect and love each other. It is very less likely that these two would file for divorce any time soon. The couple are blessed with single daugher named "Sibly" in the year of 2016. She is living a blissful life. She is attractive, she is talented and has valuable experiences of working with different channels. ESPN is capitalizing on her beauty and her skills. Her employers are happy with her performance. Lindsay is paid good amount of salary by her company. She is happy with whatever she is receiving from her employers. She has a long way to go in her career.

Net Worth of Lindsay

Her net worth as of now is $3 Million. Her annual salary is $1.3 million. She has won many hearts during over the years. She is admired for her good looks, her sincerity towards the work and her on-air reporting skills. Her fans want to know more about her. They can remain up close and personal with her through the Facebook and twitter account of hers. They can obtain more information about her life from Wikipedia, encyclopedia.