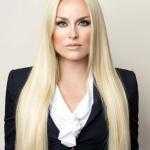 Lindsey Caroline Vonn, professionally known as Lindsey Vonn is an American World Cup alpine ski racer on the US Ski Team. She is the four-time World Cup overall champion. She is one of the popular athletes in U.S history. She is one of the 6 women to have won World Cup races in all five disciplines of alpine skiing. She has won a total of 82 World Cup victories. Following her injuries, she announced her retirement in February 2019.

one of the legendary American skiers, Lindsey Vonn announces to retire after World Championship in Sweden

The most successful American ski racer and one of the greatest skiers in the world have scheduled her retirement after the World Championship, to be held in Sweden. Following the series of injuries, the four-times World Cup overall champion, she felt its now time to retire. She announced her retirement via social media.

She wrote,  "It’s been an emotional 2 weeks making the hardest decision of my life, but I have accepted that I cannot continue ski racing. I will compete at the World Championships in Downhill and SG next week in Åre, Sweden and they will be the final races of my career.

I have always pushed the limits of ski racing and it has allowed me to have amazing success but also dramatic crashes. I have never wanted the storyline of my career to be about injuries and because of that I decided not to tell anyone that I underwent surgery this past spring. A large portion of cartilage that had delaminated from my bone was removed. My crash in Lake Louise last year was much more painful than I let on, but I continued to race because I wanted to win a medal in the Olympics for my late grandfather. Again, I rehabbed my way back this summer and I felt better than I had in a long time. Then I crashed in Copper this November and injured my left knee, tearing my LCL plus sustaining 3 fractures. Despite extensive therapy, training, and a knee brace, I am not able to make the turns necessary to compete the way I know I can. My body is broken beyond repair and it isn't letting me have the final season I dreamed of. My body is screaming at me to STOP and it’s time for me to listen.

Honestly, retiring isn’t what upsets me. Retiring without reaching my goal is what will stay with me forever. However, I can look back at 82 World Cup wins, 20 World Cup titles, 3 Olympic medals, 7 World Championship medals and say that I have accomplished something that no other woman in HISTORY has ever done, and that is something that I will be proud of FOREVER!

I always say, “Never give up!” So to all the kids out there, to my fans who have sent me messages of encouragement to keep going… I need to tell you that I’m not giving up! I’m just starting a new chapter. Don’t lose faith in your dreams, keep fighting for what you love, and if you always give everything you have you’ll be happy no matter what the outcome.

Thank you for the amazing years, for always supporting me, and for making my job so fun. Can’t wait to see some of you in the finish in Åre where I will give it my all one last time. 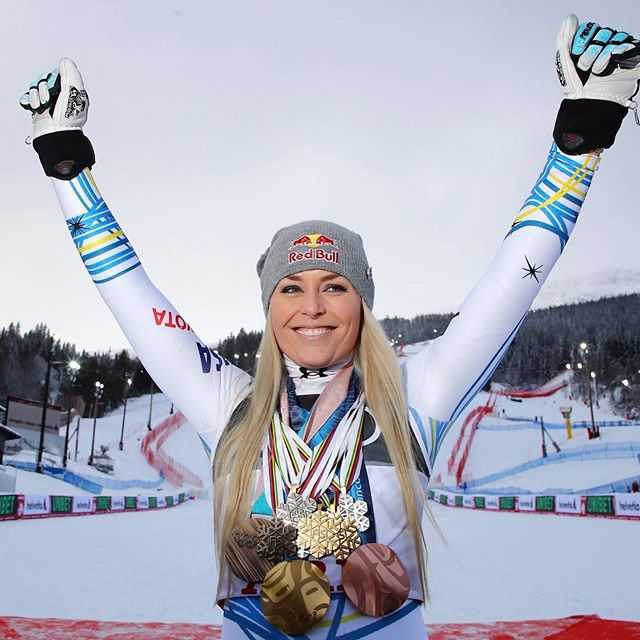 Where was Lindsey Vonn born?

Lindsey Vonn was born on 18 October 1984. She was born to a father, Alan Lee Kildow and a mother, Linda Anne. She is of Norwegian ancestry and belongs to white ethnicity. Her birthplace is in St. Paul, Minnesota in the United States. She holds an American nationality. Her zodiac sign is Libra. She has 4 siblings. They are sisters, Karin Kildow and Laura Kildow, and brothers, Reed Kildow, and Dylan Kildow. She grew up in the Twin Cities metropolitan area in Burnsville, Minnesota.

She attended the University of Missouri High School, an online program through the university's Center for Distance and Independent Study.

She started skiing at the age of 2. Her former national junior champion father encouraged her to pursue a skiing career, and her grandfather taught her to ski.

She began skiing when she was a child. She skied at Buck Hill Ski and Snowboard in Burnsville, Minnesota.

She had skied in Minnesota, Colorado, and Oregon by the age of 7.

In the late 1990s, Lindsey and her family moved to Colorado to ski exclusively at Ski Club Vail.

In 1999, she and Will McDonald became the first American athletes to win the "Cadets" slalom events in Italy's Trofeo Topolino di Sci Alpino.

She made her Olympic debut at the 2002 Winter Olympics. She was 17 years then. She finished in sixth place in combined.

She won a silver medal in downhill in the Junior World Championship in France in 2003.

She won a silver medal in downhill at the U.S. Alpine Championships at Mt. Alyeska Resort, Girdwood, Alaska in March 2004.

She first climbed onto the World Cup podium, as she finished third in the downhill at Cortina d'Ampezzo, Italy, in January 2004.

Her maiden victory came at Lake Louise, Alberta, in December 2004.

She finished fourth in both the downhill and the combined at her first World Championships in Bormio, Italy in 2005.

She crashed during the second training run for the downhill race at the 2006 Winter Olympics. She was evacuated by helicopter to Turin and was hospitalized.

Two days later, she returned to the slope and competed at San Sicario finishing eighth.

Her courageous performance earned her the U.S. Olympic Spirit Award.

She won her first "big race" medals winning the silver medal in both downhill and super-G at the 2007 World Championships in Are, Sweden.

She finished third in the women's 2007 World Cup disciplines of downhill and super-G despite ACL sprain to her right knee.

She became the second American woman to win the overall World Cup title in 2008. Tamara McKinney won it in 1983.

She also won the World Cup season title in the downhill and the U.S. Alpine Championships combined title (downhill & slalom). It is her best ski season to date.

She set a new American record for the most World Cup downhill victories with ten titles in March 2008.

During the 2009 season, she broke the Tamara McKinney's American record of 18 World Cup victories winning the super-G at Tarvisio.

She also set World Cup wins in a single-season record with nine wins. Doing so, she surpassed Phil Maher's total of 8 wins in 1982.

She became the first American woman to win the world super-G title at the 2009 World Championships in France.

Despite the arm injury and a brace in her arm, she won three straight races, two downhills, and a super-G in Austria in January 2010.

She became the second American on the all-time career list for World Cup wins with 28.

She was named Colorado Athlete of the Year in January 2010.

She surpassed Bode Miller for the most World Cup victories by an American in late 2010.

She equaled Phil Mahre's American record for third consecutive overall World Cup titles. She also became the only third woman to achieve it behind Petra Kronberger and Annemarie Moser-Proll.

The Associated Press named her the 2010 Female Athlete of the Year.

In 2010, she became the first American woman to win Olympic gold in downhill beating longtime rival Julia Mancuso at the Vancouver Winter Olympics.

She crashed during the super combined event, but finished third in the super-G, and got disqualified in the fourth and fifth event at the 2010 Vancouver Winter Olympics.

German Maria Riesch was one of the toughest contenders at the 2011 World Championships. In the end, Maria Riesch has named the 2011 overall champion with overall lead by only 3 points.

She won her fourth overall World Cup title in 2012.

She surpassed Gotschl for second-most career DH wins with 50th World Cup victory after winning the Kandahar downhill course at Garmisch in Germany in February 2012. She became the third most successful female World Cup racer in terms of victories in the same year.

She achieved her third career hat-trick after winning all three races in Lake Louise in November 2013.

She announced to take a break from the World Cup circuit in December 2013. She took this decision to fully recover from her earlier injuries and illness.

She crashed and was airlifted to a nearby hospital at the first marathon of the 2013 World Championships in Austria. She tore her anterior cruciate ligament and medial collateral ligament in her right knee, with a tibial plateau fracture.

She won her sixth downhill season title despite not competing since mid-January 2014.

She did not compete at the Sochi 2014 Winter Games due to a knee injury.

She overtook Austrian Annemarie Moser-Proell for the most World Cup wins ever in January 2015.

She claimed her seventh World Cup downhill title in March 2015 at Meribel, France.

She tied Moser-Proell's women's record making the World Cup podium for the 113th time in 2015.

She announced via her Facebook page in November 2016 that she had severely fractured the humerus bone of her right arm in a training crash and underwent surgery. After returning from injury, she captured her 77th win after winning the downhill event in Germany in January 2017.

She announced ahead of the 2018-19 FIS Alpine Ski World Cup that she would retire at the end of the season.

She had an aim to break Stenmark's record for World Cup race victories and retire from skiing.

She was planning to return competing at Lake Louise at the end of November, but she suffered a knee injury while training that kept her out of the Lake Louise races.

She made her season debut competing at Cortina d'Ampezzo in January 2019, where she finished 15th and 9th in the two downhills.

She announced on 1 February 2019 that she would retire after the 2019 World Championships, Sweden.

Who is Lindsey Vonn engaged to?

Lindsey Vonn is currently dating ice hockey player P.L. Subban. They reportedly started dating each other in December 2017. Previously, she was married to fellow skier Thomas Vonn. They got married in September 2007. They later separated in 2011 and their divorce was finalized in 2013. She also dated popular golfer, Tiger Woods from 2013 to 2015, and Kenan Smith from 2016 to 2017.

During the off-season, she resides in Vail, Colorado. 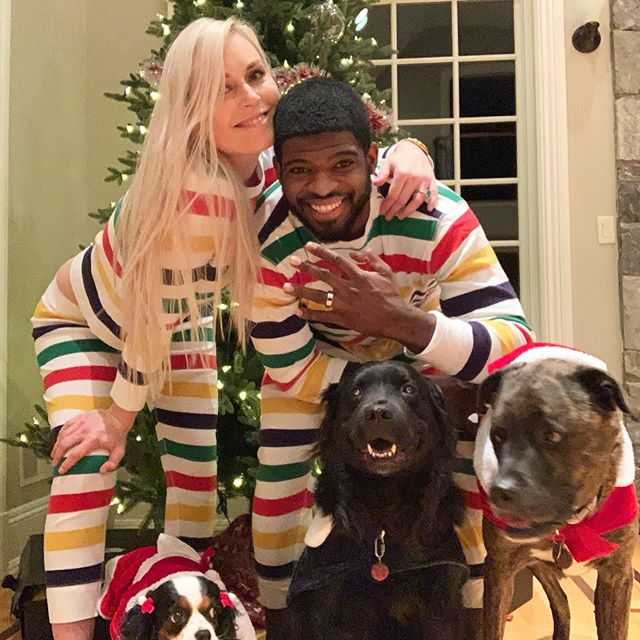 How much money does Lindsey Vonn make a year?

She had endorsement deals with Under Armour, Reese, and Vail town's tourism, and has appeared in their promotional campaigns. She has also modeled for Oakley's range of skiing goggles, Tweezerman, Rolex, Kohl's, American's Milk Processor, Alka-Seltzer Plus, and Better Vision Network Lasik Surgery.

Trivias About Lindsey Vonn You Need To Know.