Lionel Messi PSG: How Much Did PSG Pay For Messi? 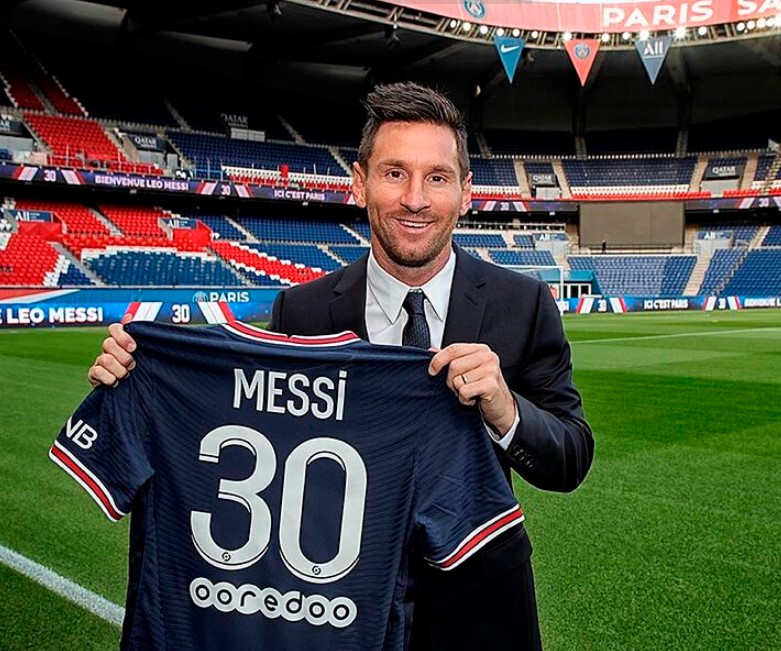 No football fans speculated that the six-time Ballon d'Or award-winner Lionel Messi would be playing for another club than FC Barcelona. His contract was ending in 2021 and everyone was 100% certain that Messi and Barcelona will sign a new deal. It all came as a shock when the club announced that the club will not be signing a new contract with Messi.

The recent Copa American winning captain Lionel Messi was only 13 years old when he joined Barcelona. He spent 17 years in La Liga with Barcelona's top flight and established himself as one of the best footballers of all time. He won 35 club trophies with Barcelona including ten La Liga titles, 7 Copa del Rey titles, 4 UEFA Champions League titles, 8 Supercopa de Espana titles, 3 UEFA Super Cup titles, and 3 FIA Club World Cup titles. He left Barcelona with 672 goals in 778 appearances in all competitions.

Dissatisfied with the club's board under President Josep Maria Bartomeu, Messi expressed his desire to leave the club last year. He ultimately chose to stay at the club until the end of his contract. Under the new president, Joan Laporta, everyone was certain that Barcelona and Messi will surely land a new deal. During the press conference to announce his departure from the club, the club's legend Lionel Messi couldn't stop rolling tears down his eyes. 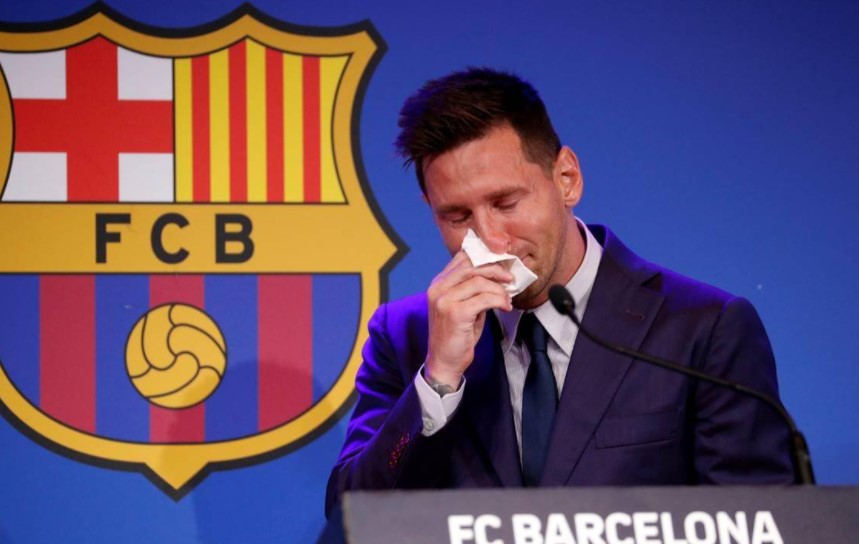 "Hello. Truth is, I don’t know what to say here. These recent days I’ve been thinking, giving lots of thought to what I could say. And the truth is that I can’t think of anything. This is really difficult for me after so many years, being here my entire life. I’m not ready for this. And honestly, last year, with all the nonsense with the burofax and everything, I was convinced I knew what I wanted to say, but this year, this year is not the same.

This year, my family and I were convinced that we were going to stay here, that we were going to stay at home. That’s what we all wanted more than anything. We’d always made this our own. We were at home. We thought we’d be staying here in Barcelona. The time we’ve had here in the city and in the sport has been amazing. But well, today is I have to say goodbye to all of this.

I’ve been here so many years, my entire life here, since I was 13. After 21 years, I’m leaving with my wife, with my three little Catalan-Argentine kids. And I can’t tell you everything that we’ve lived in this city, and I can’t say that in a few years, we won’t come back because this is our home, and I promised my children that.

I’m just really grateful for everything, all my teammates, all my former teammates, everything at the club, everyone that’s been by my side, all the people that, there’s so many people, even though some of us, I only met a few times. And yeah, this club I will always be so humble and have so much respect. I want to say to everyone at this house, for the luck that I’ve had to live so many experiences here at this club, so many beautiful things have happened, also some bad things, but all of this helped me to grow, help me to improve, and make me the person that I am today.

All of that said, I gave everything for this club, for this shirt from the first day I arrived until the very last, and the truth is that I’m leaving. I’m so grateful for the care that people have shown me. I’d love to be able to go in a different way. I never imagined having to say goodbye because I’d never thought of it. But I never imagined it this way, especially I imagined it with people in the pitch. The last year is the last. We not being able to play with public this past year because of the pandemic, and it’s been difficult not to hear their cheers, not to have them nearby, not to hear them shouting my name. And I leave this club now without seeing the fans for over a year-and-a-half, and if I’d imagined it, I’d have imagined the Camp Nou full, being close to the people, and being able to say goodbye properly. But it has to be this way, and I want to say again I’m so grateful for the love everyone’s shown me during these years because I’ve had some such great moments as well as some bad ones, but the love people have shown me has always been the same. What I felt, and I recognize the love that I have for them in the club as well, and I hope that I could come.

I hope that I could come back and be part of this club in any moment, in any way and bring something to help this club being the best and doing the best, being the best of the world. Honestly, I’m forgetting so many things because I wanted to say, but that’s all I can say right now. I’ve thought about it a lot, but the words just won’t come to me. And the best thing now is to answer some questions. And honestly, thank you to everyone." 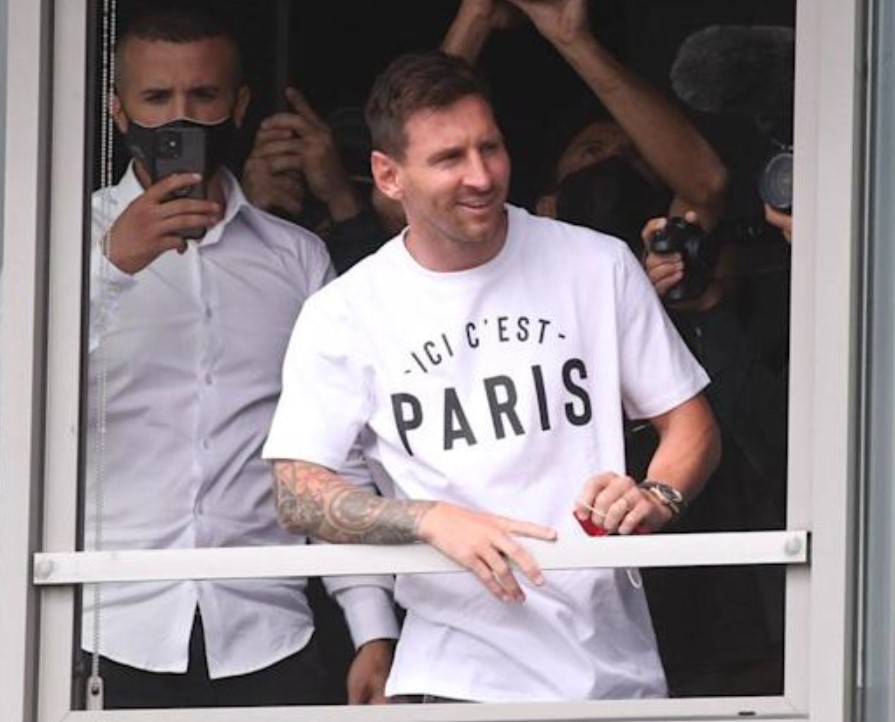 How much will Lionel Messi earn at PSG?

Lionel Messi's departure from Barcelona started gossips about which club Messi would join for his next venture. He was strongly linked with the Ligue 1 club, PSG. Messi ultimately signed with PSG on a free transfer. Not only Messi, but PSG had also recently signed Real Madrid defender and captain, Sergio Ramos on a free transfer. Messi signed a two-year deal with PSG with an option for a third year. According to his contract, Messi will earn a net salary of $41 million-plus bonuses and a reported $30 million signing fee.

The Argentine star Lionel Messi will not take Neymar Jr.'s jersey no. 10. Instead, he will wear shirt number 30 at PSG. 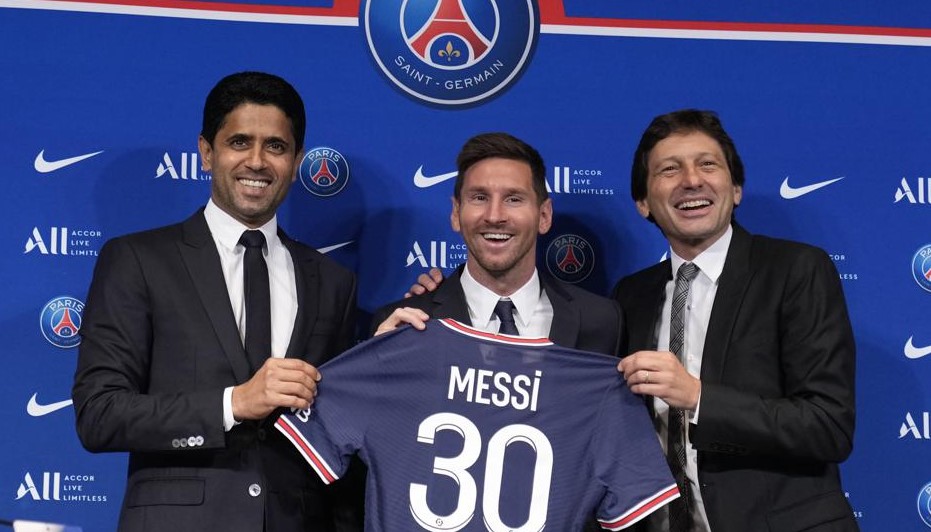 Lionel Messi signed with PSG on a free transfer deal. He signed a two-year contract with a third-year option. PSG will pay him a net salary of $41 annually. Forbes reported that the player will also get a cut of player image rights, including jersey sales which will boost his annual income up to the $75 million range.

His $650 million contract signed with Barcelona in 2017 earned Messi $161 million in base salary, $135 million in signing bonus, and $91 million-plus in loyalty payment. He is the second footballer after Cristiano Ronaldo to earn $1 billion from their professional football career. Besides salary and bonus, Messi earns from sponsorship deals. He has endorsed Adidas since 2006. He also has sponsorship deals with other popular brands such as Pepsi, Konami, Dolce & Gabbana, Gillette, Turkish Airlines, and Tata Motors among others. As of 2021, his net worth is estimated at $400 million at present.