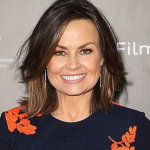 An Australian journalist and television presenter is named as Lisa Wilkinson. Currently, she is the host of "Network Ten" news-current affairs and talk show "The Project". Previously, she has hosted the Nine Network's breakfast television program, "Today", with Karl Stefanovic from 2007 until 2017 and Weekend Sunrise on the Seven Network from 2005 until 2007. She is a very talented journalist.

Lisa Wilkinson grills Nick Cummins on The Project: ‘You’re meant to be ready’. NICK Cummins may have fled the country to avoid the fallout of his explosive Bachelor finale but not before he copped a grilling from The Project host Lisa Wilkinson.

Lisa Wilkinson was born on 19th December 1959. Currently, her age is 58. She was born in Wollongong, New South Wales. Her nationality is Australian. Her birth sign is Sagittarius. She was born to Raymond Wilkinson and Beryl Wilkinson. Her ethnicity is White.

Lisa has got a sexy and hot figure. She stands 5 ft 6 in tall with a balanced weight of 58 Kg. Her body build is Slim. Her hair color is Dark Brown and her eye color is Green. Her sexual orientation is Straight.

Lisa is a married woman. She was married to media personality, Peter Fitzsimons on 26th September 1992. The couple is blessed with three children (two sons named Jake FitzSimons and Louis FitzSimons and one daughter named Billi FitzSimons) named There are no any records of divorce between them and also there is no any sign of separation between them. The couple is living a happy life with each other.

Net worth of Lisa

The net worth of this famous journalist is $1.3 million as of 2018. Lisa Wilkinson was reported to have been on a contract worth $1.1 million a year before her shock departure in October 2017 after negotiations broke down. It was reported that the company increased its offer to a $1.8 million annual package but it was not enough to convince her to stay. She is set to become the highest paid woman on Australian television after walking away from failed contract negotiations with Channel 9’s Today show to sign with Network Ten. Lisa has appeared in an advertisement for Nutra-Life Kyolic Aged Garlic Extract.

Trivias About Lisa Wilkinson You Need To Know.