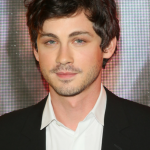 Logan Wade Lerman shortly named as Logan Lerman is a famous actor who is best-known for playing the title role in the fantasy-adventure 'Percy Jackson' films. He was only four years old when he started appearing in commercials. After that, he began starring in the series "Jack & Bobby" (2004-2005) and the movies such as "The Butterfly Effect" (2004) and "Hoot" (2006). His later movies work includes the western "3:10 to Yuma", the thriller "The Number 23", the comedy "Meet Bill", and 2009's "Gamer", "My One and Only", "The Three Musketeers", "The Perks of Being a Wallflower" (2012), Indignation (2016) and "The Vanishing of Sidney Hall (2017)", and had also major roles in the 2014 films "Noah" and "Fury". Recently, he appeared in the TV series "Hunter" as of 2020. He was represented by Creative Artists Agency from January 2011 until September 2017, when he signed with William Morris Endeavor. He also plays the piano and is a fan of movie music compositions. Similarly, he also writes and creates loglines for stories. He is a self-described "film geek", and has said that he is "shaped by movies", and that he is a "creative person". He has expressed an interest in being involved in "everything that goes into making a film", including wanting to write, produce, and direct. Overall, he is a very talented actor with a net worth of $8 Million as of 2020.

The actor, who currently stars in the Amazon Prime series "Hunters", just revealed a brand-new look and it's a doozy. On 30th August, his girlfriend, Ana Corrigan, posted a photo of him hiking on her Instagram story and revealed a full face of stubble and wavy, chin-length, salt-and-pepper hair that no one has ever seen before. The photo was presented without any caption or context, leaving me to wonder: um, when did this happen?! He now has bold, visible streaks of silver, white, and gray laced throughout his super dark hair. 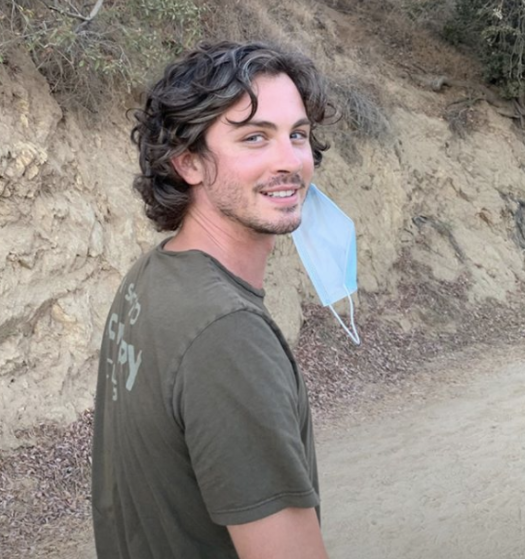 What is the Birthplace of Logan Lerman?

On 19th January 1992, Logan Lerman was born. His place of birth is in Beverly Hills, California, the USA. His birth name/full name is Logan Wade Lerman. He is American by nationality and his ethnicity is Mixed as he is of German, Polish, Mexican, and Russian heritage and of Ashkenazi Jewish descent. His race is White. He was born to his Jewish parents; Lisa Goldman (mother) and Larry Lerman (father) as the youngest child in the family. Her mother works as his manager and his father is a businessperson and an orthotist. He has two siblings; a sister Lindsey and a brother named Lucas who is also an actor. His paternal grandfather Max Lerman was a Polish Jewish born in Berlin, Germany. His paternal grandmother, Mina Shwartz was a Russian Jewish born in Mexico City, Mexico. His maternal grandfather was a Polish Jewish immigrant while his grandmother was born in Los Angeles in a Jewish family. He is distantly related to twin singers, Ewan and Jaron Lowenstein. His family also owns a prosthetics company which his great-grandfather Jacob Lerman founded in the year 1915 which is named Lerman& Son. Concerning his education, he attended Hebrew School and has had a Bar Mitzvah ceremony in a Conservative Jewish synagogue. He attended Beverly Hills High School. In the year 2010, he applied to study creative writing at New York University, but he postponed his attendance. As of 2020, he celebrated his 28th birthday.

How was the Career of Logan Lerman? 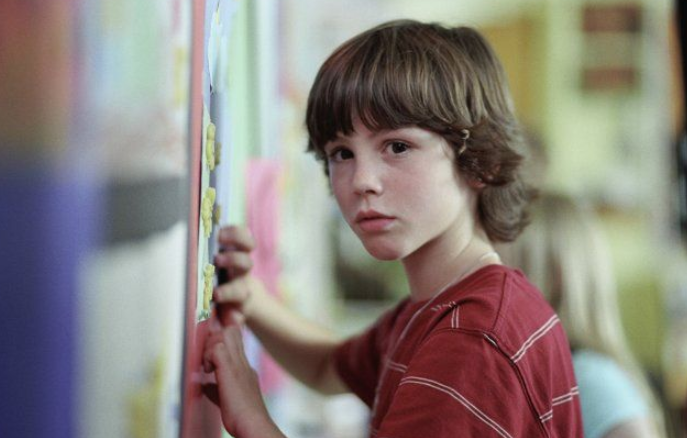 Who is Logan Lerman's Girlfriend? 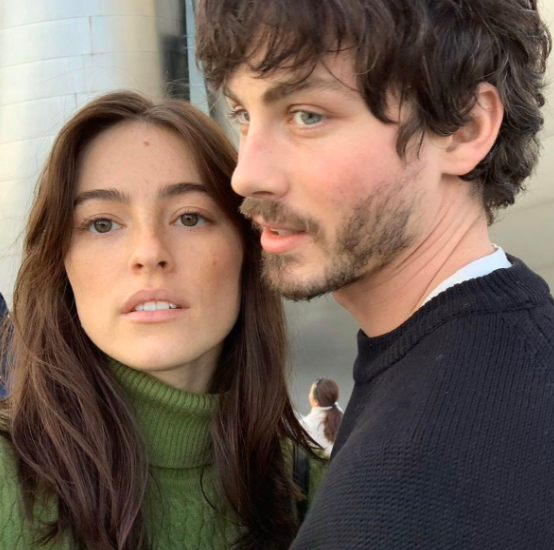 Logan Lerman is not a married man. But he is not single at present. He is currently in a relationship with his girlfriend, Ana Corrigan whose full name is Analuisa Corrigan. She is a New York-based artist who generally works in ceramic art. Talking more about Ana, she shares much of her work on her Instagram page. She graduated with a BFA in Communication Designs from Parsons, The New School of Design. In addition to her degree, she also studied Graphic Designing at Santa Barbara City College. At the moment, she works as a Freelance Graphic Designer at Hello Alfred. Talking more about their affairs, Ana and Logan started quarantining together at the beginning of the COVID-19 pandemic. At present, the duo is enjoying their life a lot without any kind of disturbances. His sexual orientation is straight and he is not gay.

Previously, he was engaged to Alexandra Daddario in the year 2016 but it was called off shortly and they separated due to some issues which have not been revealed by both of them. He has also dated Amy Vaver in the year 2012 and Frances Bean Cobain as well.

Regarding his personal likes, his favorite directors include Paul Thomas Anderson, Stanley Kubrick, David Fincher, and Peter Bogdanovich, and he has cited American Beauty, Defending Your Life, and Eternal Sunshine of the Spotless Mind as being among his favorite films. He has described himself as "reserved and quiet", "a homebody", and "not a big fan of sports".

Logan Lerman is a well-recognized actor who has reached a great height in his career. As an actor, he has acted in many movies and TV shows. His major source of wealth comes from his acting career. As of 2020, the net worth of Logan is estimated to have $8 Million. Sadly, he has not revealed anything regarding his salary. There is no doubt in the mind of his followers that he is making a considerable amount of salary from his present job. He is living a luxurious lifestyle from his earnings.

How tall is Logan Lerman?

Logan Lerman is a very handsome actor with a charming personality attracting a lot of people towards him. He stands tall at the height of 5 ft 8 in. His balanced weight is 68 Kg and his body measures 39-33-13.5 in (chest-waist-bicep). He has a pair of blue eyes color and his hair color is black. He can also be seen with salt and pepper hair in the upcoming films. Overall, he has got a healthy body with an average body build.

Trivias About Logan Lerman You Need To Know.