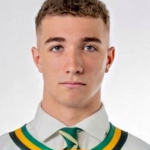 Logan Mailloux is an ice hockey player from Canada who is currently playing for Montreal Canadiens. His playing position is a defenceman. Previously, he has played for the London Knights of the Ontario Hockey League. He was drafted 31st overall by the Montreal Canadiens in the 2021 NHL Entry Draft. "By drafting prospect Logan Mailloux with the 31st overall pick, the Montreal Canadiens organization not only selected a promising hockey player, but also a young man who recently admitted to making a serious mistake," the Canadiens said. On 2nd September 2021, it was announced that he has been suspended indefinitely by the OHL. He will have the opportunity to apply for reinstatement after 1st January 2022. In addition, he has also performed in many leagues including ALLIANCE U16, GTHL, U16, and GOJHL. He is a recipient of Roy Bruhlman memorial Award as Western Conference Rookie of the year, Southland Insurance Award as Top-Scoring Rookie in Western Conference, Phibbs Inc. Award as Most Outstanding Rookie Defenceman in Western Conference, and more.

The Ontario Hockey League has suspended Montreal Canadiens first-round draft pick, Logan Mailloux, indefinitely for violating the league's expectation for appropriate conduct by a player. The league announced the move in a release Thursday, saying the punishment relates to an incident that took place while the London Knights defenceman was on loan to SK Lejon in Sweden in November 2020. He has previously said he "deeply regrets" taking a photo of himself and a young woman without consent during an "intimate moment" and then sharing that photo with his teammates "to impress them." The act resulted in the 18-year-old being charged and fined under Swedish law. The OHL says Mailloux can apply for reinstatement to the league on Jan. 1, 2022, and a decision about his reinstatement will be made based on his conduct and what treatment, counseling, mentoring, or education he has received. Days before the draft, Mailloux posted a statement on Twitter asking teams not to pick him this year but the Canadiens defied the request and selected the six-foot-three, 213-pound defenceman 31st overall, with general manager Marc Bergevin defending the move to reporters shortly after the selection. The pick was widely criticized, with Prime Minister Justin Trudeau saying the Canadiens "showed a lack of judgment." Montreal later announced Mailloux would not participate in rookie camp or the team's main training camp this year.

What is Logan Mailloux Famous For? 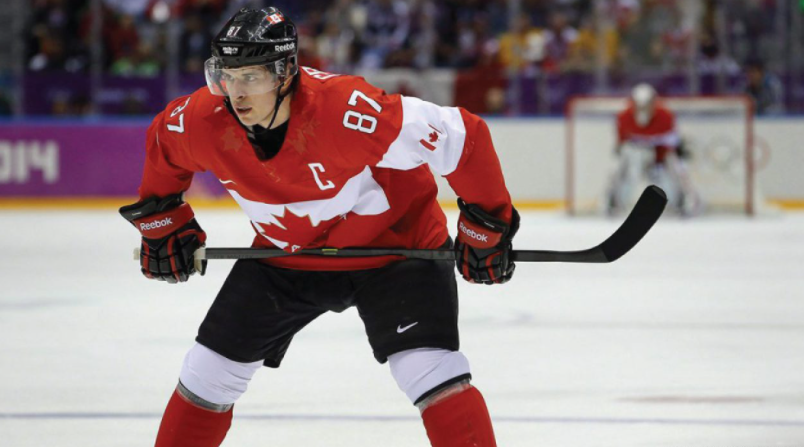 Where is Logan Mailloux From?

Logan Mailloux was born on 15th April 2003 in Belle River, Ontario, Canada. He holds Canadien nationality and he belongs to Canadian-White ethnic background. His race is White. As of 2021, Logan celebrated his 18th birthday. His Zodiac sign is Aries and he follows the Christianity religion. Details about her parents, siblings and educational qualification is still to get disclosed yet. Whereas they are very supportive of his hockey career.

Logan Mailloux Career Timeline: Is he suspended By OHL? 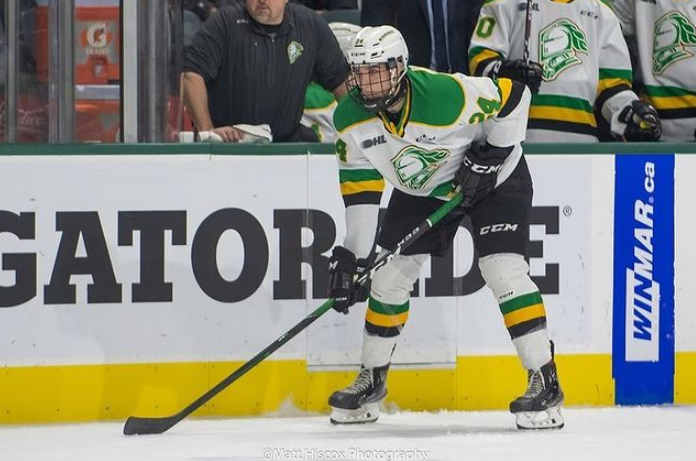 Logan Mailloux Girlfriend: Who is He Dating?

Logan Mailloux is an unmarried man and he does not have a girlfriend as of now. There is no news, rumors, affairs, relationship about him. Thus, he is not dating anyone at present and he is assumed to be single as of today. He is enjoying his present life without any disturbances. His sexual orientation is straight and he is not gay.

Logan Mailloux Net Worth: How much is His Earning?

Logan Mailloux is an ice hockey player who was drafted 31st overall by the Montreal Canadiens in the 2021 NHL Entry Draft. It was reported that junior hockey players don't have a fixed salary amount whereas the player is given a weekly amount of between $50-$100. In addition, they are benefitted from scholarships, and more. Thus, his present net worth is still to get revealed yet and is under review. His major source of income comes from his ice hockey career and he is living a cool lifestyle as of today.

How tall is Logan Mailloux?

Logan Mailloux is a very handsome man who has a perfect height of 191 cm or 6 ft 3 in. His balanced bodyweight consists of 97 Kg or 214 lbs or 15 st 4 lb. His body type is athletic. Logan's other body measurements are unavailable at a moment. Overall, he has got a healthy body with a charming personality attracting a lot of people towards him. He has got great playing skills.

Trivias About Logan Mailloux You Need To Know.