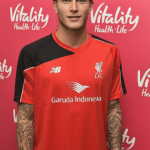 Loris Karius is a German professional footballer who plays for the Premier League club Newcastle United. His playing position is a goalkeeper. He began his career with Stuttgart before moving to Manchester City in 2009. After two years in Manchester City's youth system, he returned to Germany with Mainz 05. He established himself as the first-choice goalkeeper for the Bundesliga side before transferring to Liverpool in 2016 for a fee of £4.75 million. On 25 August 2018, Karius joined the Turkish club Beşiktaş on a two-year loan move. On 28 September 2020, Karius was loaned to German side Union Berlin for the 2020–21 season. In July 2021, Karius returned to Liverpool. He represented Germany at the youth level.

Where is Loris Karius From?

Loris Karius was born with the birth name of Loris Sven Karius on 22nd June 1993. He is from Biberach an der Riss, Germany. He holds German nationality and his ethnicity is German-White. He is the son of his mother, Christine, and his father, Harald Karius. Harald intended for his son to become a motocross rider, but Loris' grandfather, Karl, encouraged him to focus on football. His present age is 29 as of 2022. About his education, he attended Pestalozzi-Gymnasium Biberach until his move to England in 2009 where he was then privately tutored.

What is Loris Karius Net Worth?

Loris Karius is a successful footballer whose net worht is estimated to have $8 Million as of 2022. Back then, he signed a 5-year / £6,500,000 contract with the Liverpool F.C., including an annual average salary of £1,300,000. His main source of wealth comes from his football career and he is living a lavish lifestyle as of now. He is also making decent amount of money from sponsorship deals, bonuses, and more. His present market value is €1.5 Million as of June 15, 2022.

Who is Loris Karius Girlfriend?

Loris Karius is not married yet but it seems he is currently in a relationship with beauty influencer, Janine Wiggert. After recently celebrating her 30th birthday, it was widely reported in the German media that Wiggert and Karius had visited each other in Germany and England, although the pair are yet to officially confirm their relationship on social media. His sexual orientaiton is straight and he is not gay. 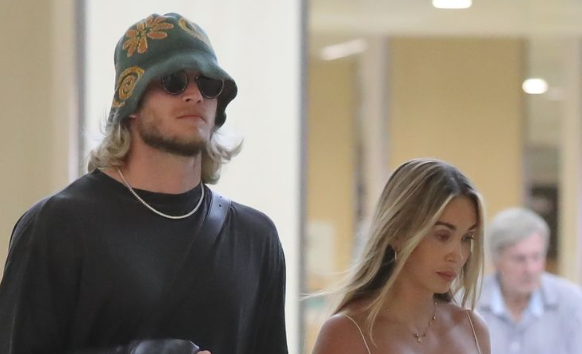 How tall is Loris Karius?

Loris Karius is a handsome footballer with a height of 1.89 m or 6 feet 2 inches. His body weight consists of 90 KG. His body type is athletic. He has a pair of blue eyes and his hair color is blonde. Overall, he has got a healthy body and he maintains his body a lot by doing frequent exercise.  In addition, he has also inked tattoos on his body.

Trivias About Loris Karius You Need To Know.