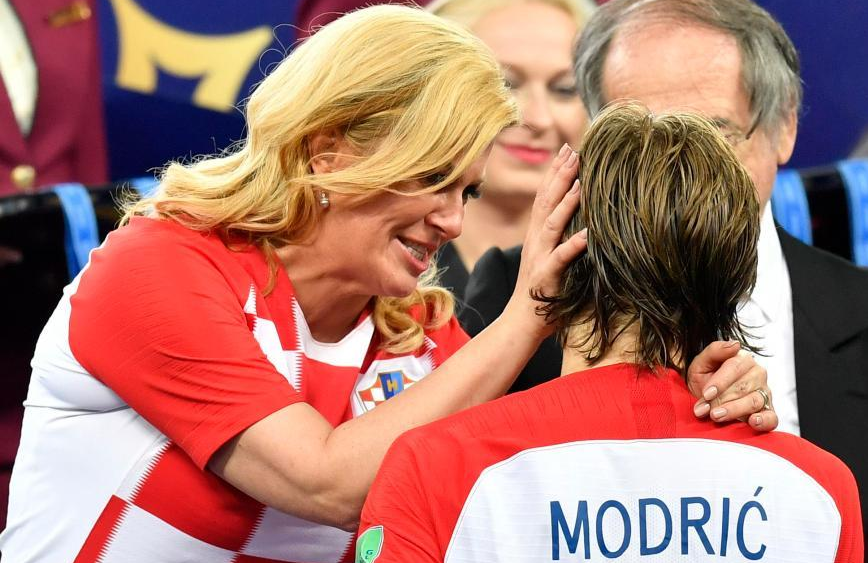 Croatia lose the the World cup 2018 tournament france 4-2 in Moscow but the world best playmaker who palys fro Real Madrid and Croatian National team as a Captain was awarded the Golden Ball for the player of the Tournament.

Luka Modric, Captain of Croatian National Team won the Golden Ball of the FIFA World Cup 2018 Tournament with 2 goals and 1 assists in the world cup campaign. Like a fairy tale, Croatia advanced to Final to play against France to win FIFA Trophy. Sad for Luka and Company, Croatia were beaten by France 2-4 in an superb Finale.Luka Modric became the first Croatian international to win Golden ball and also reached Final of Fifa World Cup for thefirst time ever.

The 32 year old Croatian International Captian, Luka Modric has been flourishing his professional career as a midfield in Spanish club Real Madrid as an important player of the squad as well. During the world Cup campaign, LUka modric played important role as a central midfielder. he conquers all the pitc playing both as attacking midfielder or defensive midfielder whenever necessary. LUka Modric's performance throughout the World cup campaign has been outstanding. Luka's Croatia advanced to Round of 16 winning all 3 group stages matches against Nigeria, Argentina and Iceland. Croatia defeated Denmark and Host country Russia in penalty shootout in Round of 16 and quarterfinal Respectively. Croatia defeated England in extra time and reached Final and created a history of reaching FIFA World cup final for the first time., where they were beaten by France. Modric made his international debut for Croatia against Argentina in March 2006, and scored his first international goal in a friendly match against Italy. Modric also became first Croatian International ever to be included in FIFA World XI in 2015.Later he was also included in FIFA World XI and UEFA Team of the Year following years 2016 and 2017 aswell. Luka Modric has also been awarded Croatian Footballer of the Year six times.

Kylian Mbappe, a French International won the Young Player of the Tournament Title and also became second youngest player after Great Pele to score in FIFA World Cup Final. Just an 19 year old boy became the key player of the Team France, with his amazing performance throughout the tournament. France has successfully won FIFA world Cup after 20 years i.e 1998 world cup under Zidane. Kylian Mbappe scored total of 4 goals throughout the campaign, out of which 2 were against the Messi's Argentina in Round of 16, which led Messi and company return back to home at early stage, one against Peru in group stage and 1 in FIFA worldcup final against Croatia. Mbappe was transferred to Paris Saint Germain in record fee transfer from Monacco. no doubt he got some talent and skills in his young age. seems like France have a bright future ahead with the like of Mbappe on the Team.

Wiz Khalifa : the most streaming and trending Rolling Paper 2 is here.