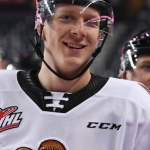 Luke Prokop is a Canadian professional ice hockey player. His playing position is a defenceman. His current team is Calgary Hitmen of the Western Hockey League. He became a fan of Shea Weber, a right-handed defenceman when he watched Weber playing ice hockey at the 2010 Winter Olympics for the Canadian men's national ice hockey team. He also became a fan of Weber's team, the Nashville Predators of the National Hockey Association (NHL). He has signed a three-year entry-level contract worth $2.4 million with the Predators. He was first selected by the Calgary Hitmen of the Western Hockey League (WHL) with their first-round selection, the seventh overall, of the 2017 WHL Bantam Draft. He is a prospect for the Nashville Predators of the National Hockey League (NHL), who selected him in the 2020 NHL Entry Draft. Furthermore, he has played in leagues, including the World Select Invitationals ((WSI) U13 and Brick Invitational. Similarly, he has also represented Canada at the international level at The World Hockey Championships (WHC) U17 in the 2018-19 season. Recently, he came out as gay on 19th July 2021, becoming the first player under contract with an NHL team to do so. Following his public announcement, ESPN and the Predators lent their support to the NHL player on Twitter. The team said they were proud of him for coming out publically and will continue to support him in the future. He has always supported the LGBT+ community.

Luke Prokop, who is under contract with the Nashville Predators, said he was "no longer scared to hide who I am." Luke Prokop, a prospect with the Nashville Predators, on Monday became the first player with an N.H.L. contract to publicly announce that he is gay. He made his announcement in an Instagram post, writing, "From a young age I have dreamed of being an N.H.L. player, and I believe that living my authentic life will allow me to bring my whole self to the rink and improve my chances of fulfilling my dreams." He also wrote: "While the past year and a half has been crazy, it has also given me the chance to find my true self. I am no longer scared to hide who I am. Today I am proud to publicly tell everyone that I am gay." Last month, Carl Nassib, a defensive end with the Las Vegas Raiders, became the first active N.F.L. player to come out as gay. Prokop said he hoped his declaration would show others that gay players are welcome in hockey. No active N.H.L. player has come out as gay. N.H.L. Commissioner Gary Bettman thanked Prokop in a statement "for sharing his truth and for being so brave." The Predators said in a statement that the club was "proud of Luke for the courage he is displaying in coming out today, and we will support him unequivocally in the days, weeks, and years to come as he continues to develop as a prospect." Prokop told ESPN that he struggled while playing last season for Calgary in the Western Hockey League and felt that coming out would put him at peace and permit him to play at a top-level. He said he made his decision in April. In his Instagram post, Prokop wrote: "I may be new to the community, but I’m eager to learn about the strong and resilient people who came before me and pave the way so I could be more comfortable today." 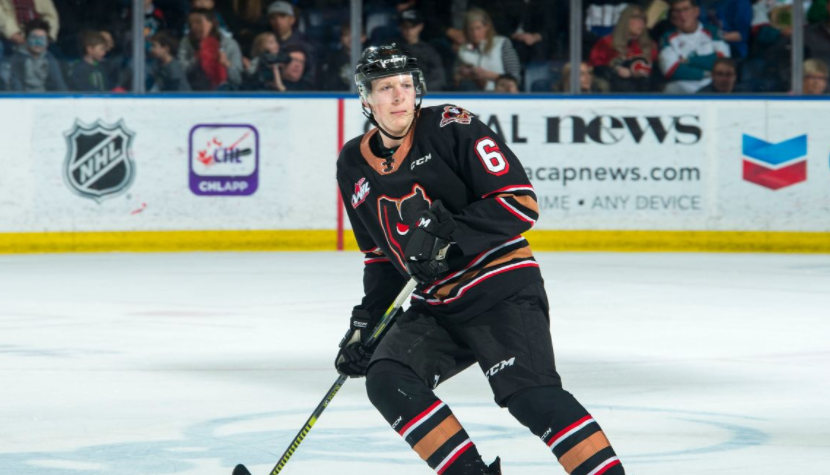 Who are the Parents of Luke Prokop?

Luke Prokop's birth date is 6th May 2002 which makes him the present age of 19 as of 2021. His place of birth is in Edmonton, Alberta, Canada and he holds Canadian nationality. He belongs to Canadian-White ethnic background. His race is White. He also has siblings, a brother named Josh who is also an ice hockey player who was signed by the Calgary Hitmen in September 2018, and a sister. Both brothers played with Calgary. Luke Prokop is yet to disclose the names of his parents. His Zodiac sign is Taurus and he follows the Christianity religion. 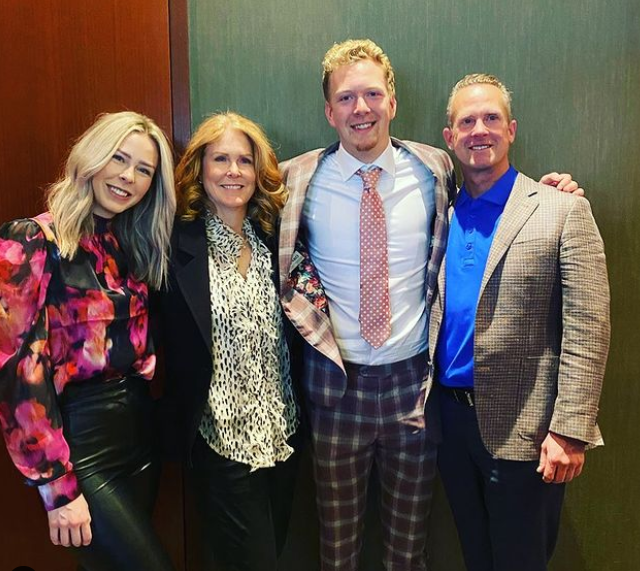 How was the Career of Luke Prokop?

Luke Prokop is currently single and he is not dating anyone at present. There is no news and rumors regarding his past affairs, relationships, partner, girlfriend, and dating history. It seems that he is focusing on his career rather than being in a relationship. On 19th July 2021, he came out as gay becoming the first player under contract with an NHL team to do so. Thus, his sexual orientation is gay. 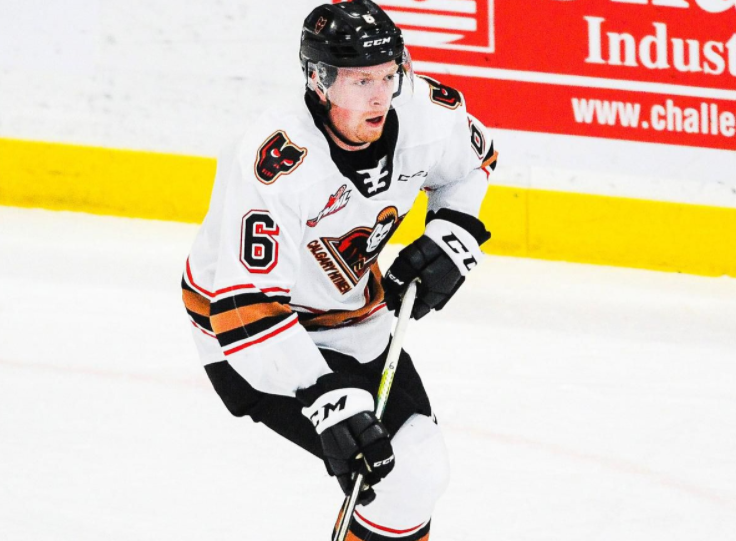 What is the Net Worth of Luke Prokop?

Luke Prokop is a professional ice hockey player. As of 2021, Luke's net worth is estimated to have between $1 Million-$2 Million as per sources. Recently, he has signed a three-year entry-level contract worth $2.4 million with the Predators. His annual salary is around $800K as of now. His major source of wealth comes from his ice hockey career. He is leading a cool lifestyle at present.

How tall is Luke Prokop?

Luke Prokop is a handsome man with an athletic body type. He has a tall height of 6 ft 4 in or 193 cm. His balanced bodyweight consists of 218 lbs or 99 Kg or 15 st 8 lb. His other body measurements such as chest size, biceps size, and more have not been revealed yet. Overall, he has got a healthy body and he frequently does exercise to keep himself fit and fine.

Trivias About Luke Prokop You Need To Know.