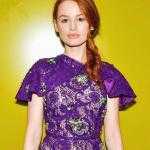 Madelaine Grobbelaar Petsch, popularly known as Madelaine Petsch is an American actress and YouTuber. She is best known for her roles, as Cheryl Blossom on The CW television series, Riverdale, and Marissa in F the Prom. She won two Teen Choice Hissy Fit Awards and MTV Movie &TV Scene Stealer Award for her role in Riverdale. She has over 4.2 million subscribers on her self-titled YouTube channel. She also has over 14.2 million followers on Instagram. 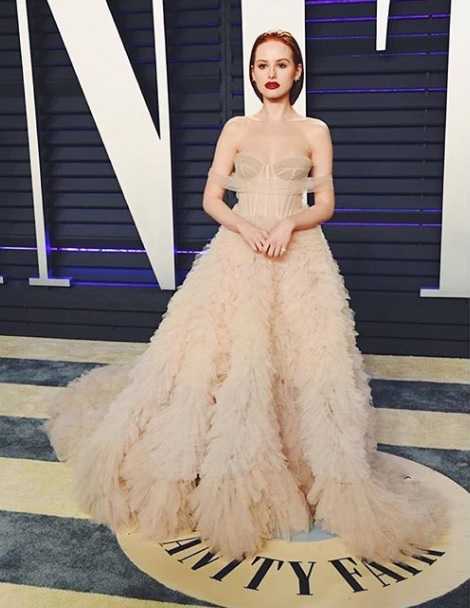 What is Madelaine Petsch Famous For?

- Her roles as Cheryl Blossom in Riverdale and Marissa in F the Prom.

Where was Madelaine Petsch born?

Madelaine Petsch was born on 18 August 1994. Her birth name is Madelaine Grobbelaar Petsch. She was born to South African parents, a father, Timothy S Petsch, and a mother, Michele Petsch. Her birth place is in Washington in the United States. She holds American nationality. She also has South African citizenship. Her zodiac sign is Leo. He has a brother.

She attended the Tacoma School of the Arts. After graduation, she relocated to Los Angeles. 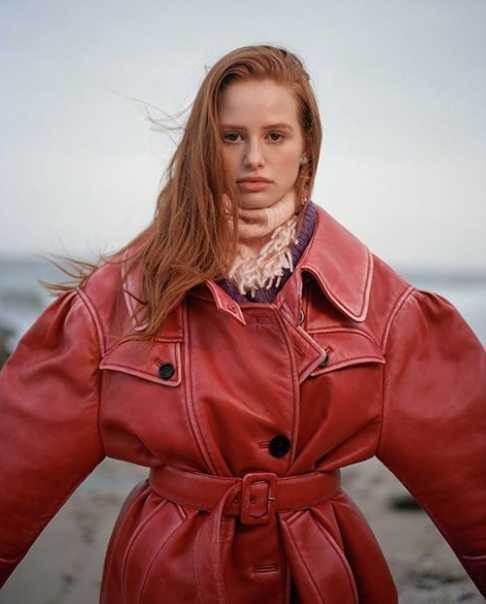 In 2014, she appeared in a national advertising campaign for Coca-Cola.

She was cast as Cheryl Blossom in The CW's Riverdale in February 2016. The series premiered in January 2017.

Her other films are The Hive, The Curse of Sleeping Beauty, and F the Prom.

She is set to appear in 2019 supernatural horror film, Polaroid.

She has guest appeared in Instant Mom in 2015. 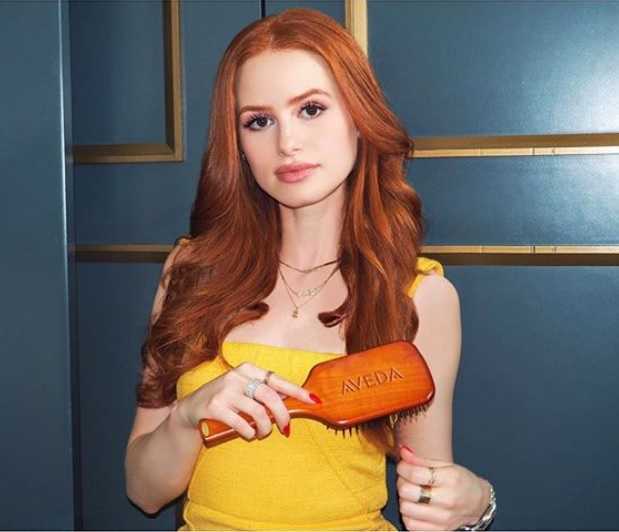 She has a self-titled YouTube channel, Madelaine Petsch. She started her channel in June 2017. Her channel has garnered over 4.2 million followers.

She collaborated with a sunglasses company, Prive Revaux in April 2018. She released her own collection of sunglasses.

Who is Madelaine Petsch Dating?

She became vegan at the age of 14. She was raised a vegetarian. She has also participated in an awareness campaign for PETA.

What are Madelaine Petsch Body Measurements?

What is Madelaine Petsch Net Worth?

Madelaine earns from her acting career. She has also ventured in the fashion business. She also earns from her YouTube channel as well. Her major source of income comes from working in the entertainment industry. As of 2019, her net worth is estimated at $1 million.