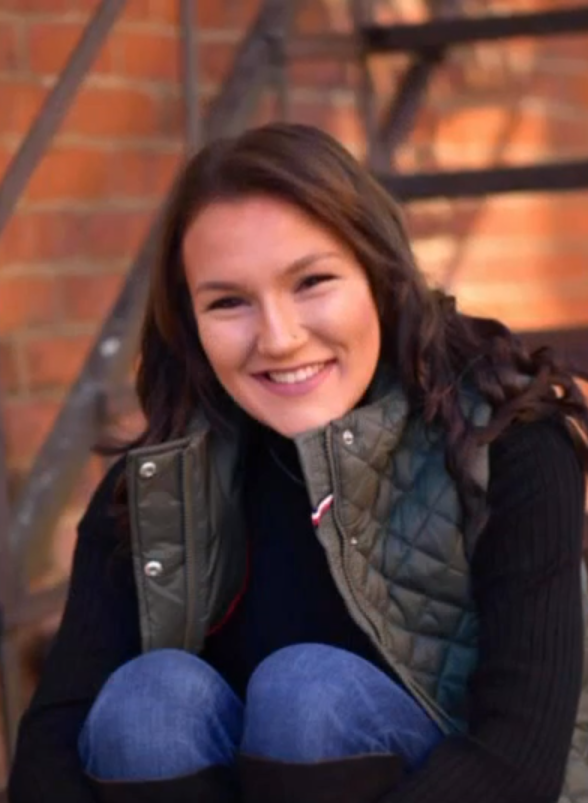 Madison Bell is a senior high school student at Edward Lee McClain High School. Her graduation is scheduled for 22nd May. She was reported missing on 17th May 2020 (Sunday), from Ross County, Ohio when she went tanning at a local salon. Her car was later found abandoned in a church parking lot, unlocked with her cell phone and keys still inside, sparking immediate suspicion of foul play. Missing Ohio teen Madison Bell has phoned police to say she is safe after disappearing on Sunday, according to police. She was found safe just after 5 a.m. on 23rd May 2020 (Saturday). The family thanked all of the agencies that joined in the massive search for the teen, as well as the community for rallying around them during the trying ordeal.

Madison Bell went missing on 17th May at around 10:30 a.m. She left her Ross County home in central Ohio to go on a tanning appointment in neighboring Highland County, according to the Wilmington News Journal. After that, she never showed up for the appointment. Hours later, she had not returned home, prompting his family to file a missing person report. Authorities tracked her phone to the parking lot of Good Shepherd Church, where her car was found unlocked with the keys in the ignition. “She yelled, ‘I’m going to go tan. I’ll be right back.’ and I was like, ‘Okay, be careful,’” recalls Bell’s mom, Melissa Montavon. “She left and I haven’t heard from her since.” In a Facebook post, she wrote, “I cannot give a description of what she was wearing. I was cleaning when she changed clothes and left and yelled mom, I’m going to tan and I’ll be right back.” “She would NEVER be even a few minutes late from wherever she was going without calling or texting me,” insists Montavon in her post. “A couple of people saw a tall white male approx late 20’s to early ’30s who was in the church parking lot before 10 am with a white car… she had a polo shirt and the car had California license plates", according to witnesses.

Madison Bell has been found safe

The Highland County and Ross County Sheriff’s Offices and the Greenfield Police Department started investigating Bell’s disappearance since her missing. Authorities were tipped off about a white car, but further investigation found that it was not the car in question. “When a parent’s child goes missing in this case it becomes a concern for everybody in the community,” said Highland County Sheriff Donnie Barrera in an interview with Fox19. “We’re a small community and the community is coming together with strong and everybody is actively looking for Madison at this time. We hope that we hear from her soon and find out that she’s ok.” The Ohio Attorney General has classified Bell as “lost, injured, or missing.” She was found safe just after 5 a.m. on 23rd May 2020 (Saturday). The Highland County Sheriff’s Office said Madison Bell has been found safe, when asked she said she wanted a new life.

In the year 2002, Madison Bell was born in Greenfield, Ohio, the USA; her birthplace/hometown. She belongs to American nationality and her ethnicity is American-White. Her race is White. She was born to her parents; father and Melissa (mother). Whereas the details about her siblings, father's name, and education qualification are not known. As of 2020, she celebrated her 18th birthday. She follows Christianity religion and her horoscope sign unknown.

Madison Bell is an unmarried woman but she is not single as well. As of now, she is dating her boyfriend Cody Mann. There is no detailed information about their love life on how the duo met and more. She is straight by sexual orientation. After the missing of Madison, he was in tears while talking about his girlfriend. He could not sleep and eat after he got the missing news of his lover.

With a brown pair of eyes and brown hair color, Madison Bell stands at the tall height of 5 ft 6 in or 1.68 m. Her weight consists of 56 Kg or 124 lbs. Her shoe size is 6.5 UK. Information about her breast size, waist size, dress size, and more is unknown at present. She has inked Ghost tattoo on the side and Cross tattoo inked on the neck. At present, she has got a healthy body.

Madison Bell's Net Worth And Salary

Madison Bell is a senior high school student. Being a student, her net worth will be in thousands. There is no exact information regarding her job. She is presently focusing on her study. Being a student, she is satisfied with whatever she has at present. She is living an average lifestyle.

Who is Kirby Jenner? Everything You Need to Know About Kendall Jenner's 'Twin Brother' Kirby Jenner