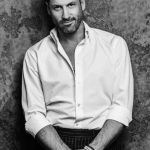 Maksim Chmerkovskiy is a Ukrainian-American Latin–ballroom dance champion, choreographer, as well as an instructor who is famous for being one of the professional dancers on the American television series "Dancing with the Stars". In his 17 seasons as a competing pro on the show, he made it to the final round five times, with two runner-ups and two third-place finishes. On 20th May 2014, he paired with Olympic ice dancer Meryl Davis, and the pair won his first Dancing with the Stars title. He is the owner of the Rising Stars Dance Academy (RSDA). Apart from this, he also owns three more dance studios in New York City. He is the owner of the company "Maksim Chmerkovskiy Productions". He also starred in the Broadway productions of dance shows Burn the Floor and Forever Tango. He started dancing at the age of four. He suffered a childhood skiing accident and broke his leg. He had very high chances of being handicapped for the rest of his life. In 2021, Chmerkovskiy competed on The Masked Singer spin-off The Masked Dancer as "Sloth" and finished in second place.

After a days-long struggle, former Dancing With the Stars pro Maksim Chmerkovskiy has escaped from Ukraine as Vladimir Putin ramps up military attacks on the European nation. "I'm in Poland," the 42-year-old Ukrainian-born dancer and choreographer wrote via Instagram Stories on Tuesday, after regularly chronicling his attempts to flee the war-torn country's largest city, Kyiv, since Putin began an assault against Ukraine last Thursday. Chmerkovskiy, who has American citizenship, had recently returned to his home country to host its iteration of the World of Dance series. He said that the trip lasted for "31 hours" of "no sleep," and ended with deep appreciation for Polish citizens: "POLISH PEOPLE ARE AMAZING!" he wrote. "THANK YOU FROM THE ABSOLUTE BOTTOM OF MY HEART AND SOUL." As per the New York Times, around 660,000 refugees have fled Ukraine since the attacks began, with more than 150,000 of those leaving since Monday. The news comes amid Russia's increased targeting of civilian areas in crowded Ukrainian cities, with a convoy of troops and tanks reportedly stretching for "40 miles to the north of Kyiv," which the publication called "a menacing presence that raised the possibility that Moscow could attempt an encirclement of the capital." He told his followers that he was attempting to leave the country by train in a "sweaty and claustrophobic" dash to escape in an overcrowded passenger compartment with other adults and seven children. "Train to Lviv was not an option," he wrote on Instagram. "The situation at the train station is insane. At first it feels manageable, but it gets A LOT worse when it comes time to actually board the train. Long story but all I can say now is that I'm a big man with nothing but a backpack it's TRAUMATIZING."

What is Maksim Chmerkovskiy Famous For?

What Nationality is Maksim Chmerkovskiy?

Maksim Chmerkovskiy was born on 1st January 1980 with the birth name Maksim Aleksandrovich Chmerkovskiy. He is from Odessa, Ukrainian SSR, Soviet Union. He holds Ukrainian nationality and his ethnicity is Ukrainian-White. He celebrated his 42nd birthday as of 2022. He was born to his father, Aleksandr "Sasha" Chmerkovskiy, and his mother, Larisa Chmerkovskaya. He spent his childhood with his younger sibling; a brother namely Valentin Chmerkovskiy. By profession, Valentin is a dancer. His father is Jewish, and his mother is Christian, and he has described himself as Jewish. Thus, he holds the Judaism religion. He began dancing at age 4. Capricorn is his Zodiac sign.

About his education, his parents enrolled him in a school of aesthetic education. The aim of the school was to train children to become young gentlemen or ladies, and the education included manners and ballroom dance. He began competing in ten-dance, which includes both ballroom and Latin dances. As a child, he also participated in tennis, soccer, and swimming. At the age of 13, he broke his right leg in a skiing accident and had a titanium rod put in to stabilize his leg. Doctors foresaw long-term difficulties and little possibility of a dancing career; however, he recovered and was dancing again six months later. Later, his family immigrated to Brooklyn, New York in 1994 because of financial problems and language barriers. On his second day in the United States, he had a new pair of rollerblades stolen. Moving to the United States, gave him the opportunity to rededicate himself to dance. At the age of 15, he began working at a local Russian restaurant, dancing as entertainment. Working at the restaurant, he decided winning competitions as a dancer would be a way to argue for higher pay. 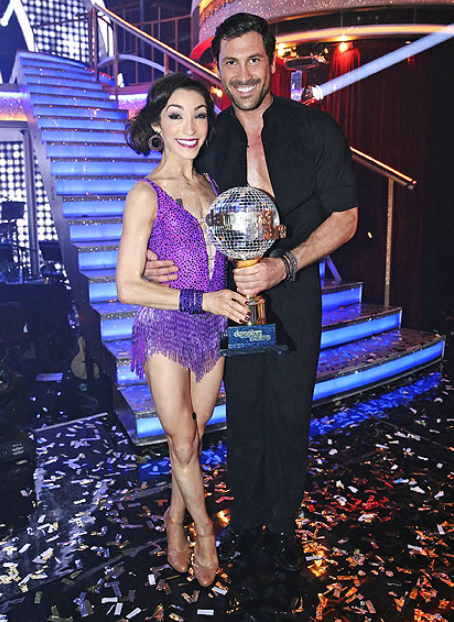 Who is Maksim Chmerkovskiy married to?

Maksim Chmerkovskiy is a married man to Peta Murgatroyd. The duo started dating in 2012. But their relationship ended in 2013 after 10 months. In October 2014, Maksim and Murgatroyd reunited. Chmerkovskiy and Murgatroyd became engaged on 5th December 2015, when he proposed while onstage for a performance of Sway: A Dance Trilogy in Miami, Florida. The duo is blessed with a son named Shai Aleksander born on 4th January  2017. They were married in a contemporary ceremony in Long Island, New York on July 8, 2017. Today, the family is living a happy life. In March 2022, Chmerkovskiy confirmed that he had fled from Ukraine to Poland. 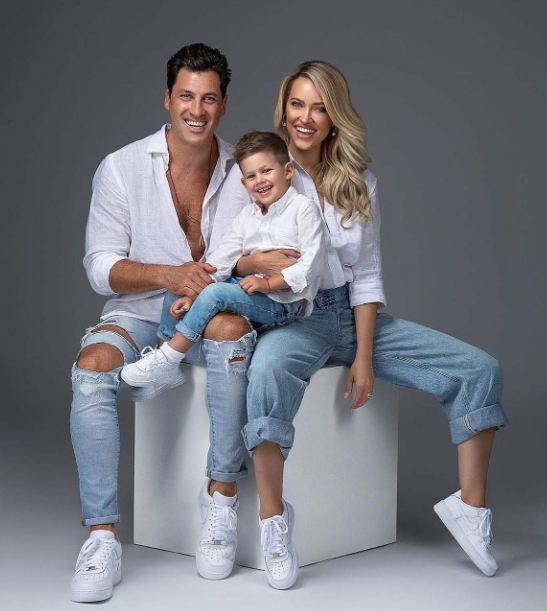 Prior to this, he was engaged to fellow DWTS pro and Ukrainian Karina Smirnoff for nine months in 2009. He also dated the famous model Kate Upton in 2013.

How much is Maksim Chmerkovskiy Net Worth?

Maksim Chmerkovskiy is a talented Latin–ballroom dance champion, choreographer, and instructor. Аѕ оf 2022, the net worth of Маkѕіm Сhmеrkоvѕkіу is еѕtіmаtеd to have $10 mіllіоn. He made this fortune from his professional career i.e dancing career which is his main source of wealth. Starting his dancing career at the age of 4, Maksim is a well-recognized dancer today. Also, he has been featured in various dance theater productions s well as he has appeared on television which boosts up his net worth. His exact annual salary and income are still to get disclosed yet but there is no doubt in the mind of his followers that he is making a cool amount of money from his work. Today, he is living a lavish lifestyle.

How tall is Maksim Chmerkovskiy?

Trivias About Maksim Chmerkovskiy You Need To Know.