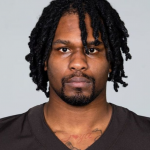 Malik McDowell is an American football who is currently playing for the Cleveland Browns of the National Football League (NFL). His playing position is a defensive tackle. He played college football for Michigan State and then, he was drafted by the Seattle Seahawks in the second round of the 2017 NFL Draft. After facing injuries, arrest, charges; he was released by the Seahawks on March 2, 2019. In 2021, McDowell returned to the NFL and has since played for the Browns. Recently, on 17th January 2022, he was arrested in Deerfield Beach, Florida, and charged with public exposure, assaulting a police officer, and resisting arrest, after police received a call about a man walking naked on the property of a learning center for children. The Cleveland Browns released a statement indicating they were investigating the matter. His shirt number is 58 for Browns.

Malik McDowell was arrested Monday in Florida on charges of aggravated battery on a law enforcement officer, resisting arrest with violence and public exposure, according to an online record from the Broward Sheriff's Office. According to the arrest report, McDowell beat a deputy in a "violent attack" that left the officer "dazed" and fearing a "permanent injury" to his right eye. McDowell is being held on a $27,000 bond, according to the online record. "We are aware of the very concerning incident and arrest involving Malik McDowell and are in the process of gathering more information," Brown's spokesperson said in a statement. "We understand the severity of this matter and our thoughts are for the well-being of all involved. We will have no further comment at this time." According to the incident report, police in Deerfield Beach, Florida, reported getting a call of a naked man walking near a school, later to be determined as a children's learning center that was in session. When confronted, McDowell charged at police "full speed with a closed fist," according to the report, leaving a deputy injured. The officer said he was unable to avoid McDowell's attack or use any "de-escalation tactics." McDowell slammed into the officer and punched him in the right eye and on the top of the head, according to the report. McDowell then fled, but eventually was shocked with a Taser and handcuffed. The officer said his right eye was nearly closed because of swelling from the punches he absorbed in the attack and there is a "likelihood that I sustained a permanent injury to my eye." 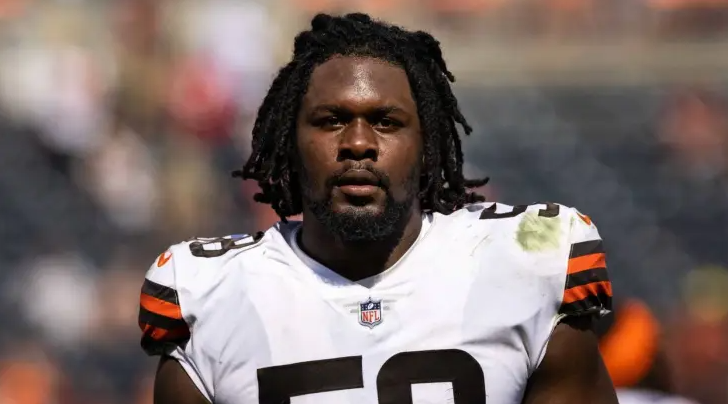 What is Malik McDowell Famous For?

What Ethnicity is Malik McDowell?

Malik McDowell was born on the 20th of June in the year 1996. His birth name is Malik Devon McDowell. He is from Detroit, Michigan, the USA. He is of African-American ethnicity and he holds American nationality. He was born to his father, Greg McDowell, and his mother, Joya Crowe. His present age is 25. He follows the Christianity religion and his zodiac sign is Gemini. 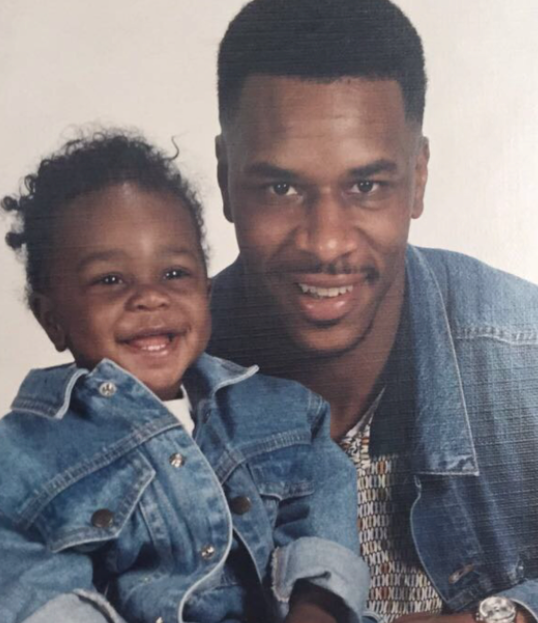 Malik McDowell Net Worth: How much is he making an annual salary?

Malik McDowell is a talented footballer for the Cleveland Browns of the NFL. The net worth of Malik McDowell is believed to have $2 Million as of 2022.  On May 25, 2017, the Seahawks signed McDowell to a four-year, $6.95 million contract with $4.40 million guaranteed and a signing bonus of $3.19 million. Thus, he earned the total career earnings of $4,724,659 from appearing in three seasons; 2017, 2018, and 2021. He signed with the Cleveland Browns on May 3, 2021. His main source of wealth is from football career and he is living a cool lifestyle at present. He is making around $50K-$1 Million as an annual salary from his current team.

Who is Malik McDowell Girlfriend?

Malik McDowell is currently single and he is not dating anyone at present. He is focused on his career rather than being in romantic relationships. Also, he has not been spotted with any ladies nor has revealed anything regarding his affairs, relationship, and love life to the media. His sexual orientation is straight and he is not gay.

Malik was arrested for driving under the influence of alcohol on September 22, 2017, and was sentenced to 12 months of probation on March 20, 2018. He was arrested again in December 2017 for disorderly conduct. On February 18, 2019, he got into an altercation with police in Lathrup Village, Michigan, and was charged with assault, resisting arrest, and operating a vehicle while intoxicated (OVI). During the incident and while resisting arrest, McDowell constantly and for several minutes shouted demands for seeing the police officers' 'supervisor'. In April 2019, he was arrested for receiving and concealing stolen property after police found a stolen car in his possession. Later, he was sentenced to 11 months in prison on November 13, 2019. He was arrested in Deerfield Beach, Florida, and charged with public exposure, assaulting a police officer, and resisting arrest, after police received a call about a man walking naked on the property of a learning center for children on 17th January 2022. 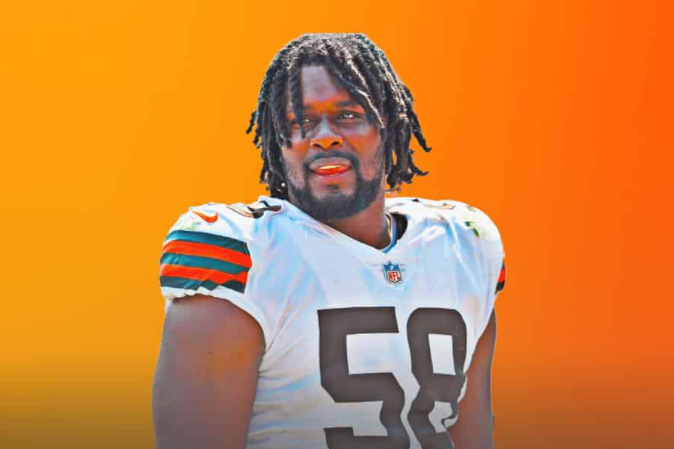 How tall is Malik McDowell?

Malik McDowell is a handsome man with an athletic body type. He has a height of 6 feet 6 inches and his balanced bodyweight consist of around 136 kg. He has black hair color and his eye color is also black. Overall, he has got a healthy body with a charming smile and a glowing face attracting a lot of people towards him. His body measurement is 44-33-36 (chest-waist-hips). His shoe size is 12 US and his bicep size is 16.5 in. He has also inked tattoos on his body.