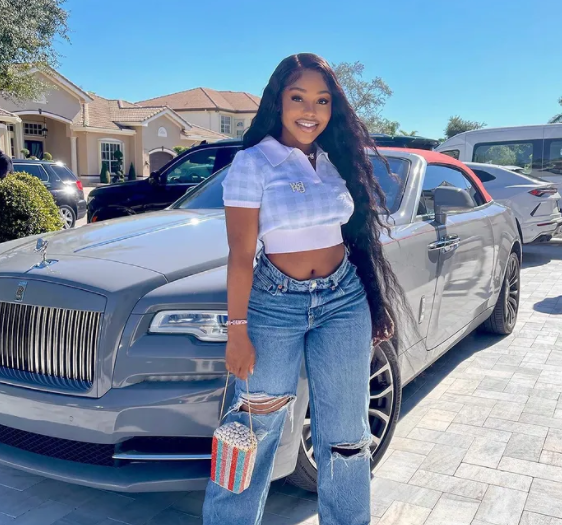 The name quite popular in the entertainment industry these days, Maniya Essence Canty is one of the faces seen on the Reality Tv Show, "Million Dollar Hustle". The show is a popular reality series on Lifetime run by the independent tycoon, Stormy Wellington, who has been aiding the female leaders both personally and financially in their hustles. Maniya Essence Canty who is the daughter of Stormi has now become a cast member on the series all set to follow in her mother's footsteps. Maniya herself has been working as an entrepreneur as the founder of Pure Essence University. Let's get to know more about Maniya Essence Canty.

Who is Maniya Essence Canty? About Stormy Wellington's Daughter

Maniya Essence Canty is an American entrepreneur, TV personality, and CEO who is also the founder of Pure Essence University. Well-recognized to be the daughter of the tycoon, Stormy Wellington, Maniya also has marked her presence in the industry as she is already an owner of Pre Essence Fashion, a clothing business. Her company was established and launched in 2022.

With her businesses ongoing, Maniya surely can have a wealthy independent lifestyle. Apart, she is also a health influencer. As an influencer, she has endorsed several brands including "Fruit Punch Instant Tea", "NutraBurst", "Nautica Sea Moss".  Her ethnicity is African-American while Scorpio is her zodiac sign.

Growing up, Maniya always wanted to become like her mother who build herself from scratch to her mansion now. She had entrepreneurship installed in her ever since.

Maniya Essence Canty's mother, Stormi Wellington is a business tycoon who is the founder of the "Girl Hold My Hand, Inc." organization through which she has been providing help to several female leaders all around. Millions of women around the world are inspired by her mission. Stormi is also the CEO of the network marketing firm Total Life Changes, LLC. Her mother's net worth is in million dollars. The world knows about her mother, however, there's little information about Maniya's father. There's no identity revealed. However, Maniya has two step-brothers from her mother's side.

Considered to be the youngest cast on the season of the show which premiered in 2022, Maniya has become one of the known faces in the reality show world in a very short time.

The show started with Stormi Wellington with her "Circle of Female Bosses"; Dianna Williams, Tammy Price, among which Maniya was also one of them who also faced off to be in Stormi's inner elite circle.

Every participant competed to be in a circle with Stormy even Maniya who was also shown from Stormy's personal life story as well. Even so, it was hard to find if the mother-daughter had a healthy relationship as they had a fallout after Maniya went out with a woman that her mother didn't like.  It was reported that her mother had removed her from the house during the filming of “Million Dollar Hustle" following her going out without her mother's concern.

All the feuds that the mother-daughter had now must have been solved as both of them are on social media showing how grateful they are for being with each other and even backlashing those who are against their relationship.

How old is Maniya Essence Canty?

Maniya Canty is a beautiful lady in her 20s who was supposedly 22 years old when she appeared on the show, "Million Dollar Hustle" in 2022. Though her personal information isn't so public yet, her birthdate is unknown however she receives birthday wishes on November 15 each year.