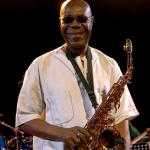 Manu Dibango was a Cameroonian jazz legend musician and songwriter who played saxophone and vibraphone. He developed a musical style fusing jazz, funk, and traditional Cameroonian music. His father was a member of the Yabassi ethnic group, though his mother was a Duala. He was best known for his 1972 single "Soul Makossa." He died from COVID-19 on 24 March 2020.\

What is Manu Dibango famous for? 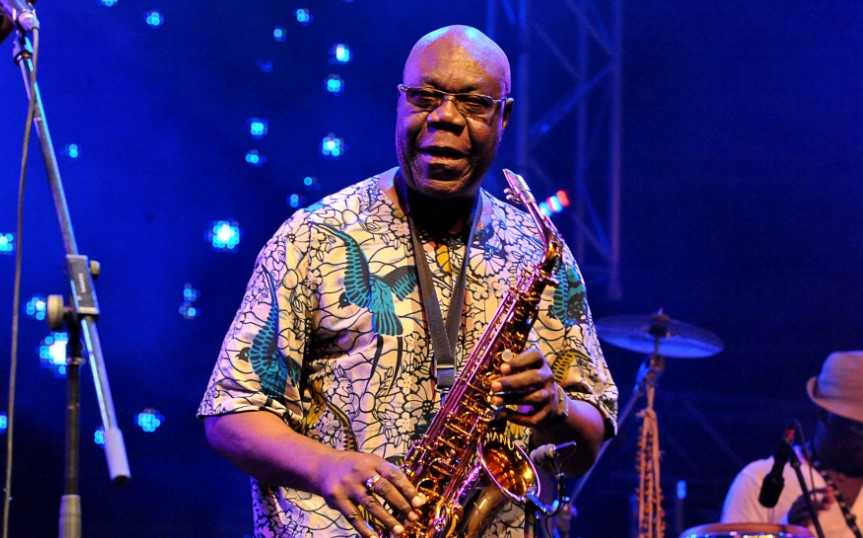 Where was Manu Dibango from?

Dibango was born as Emmanuel N'Djoké "Manu" Dibango in Douala, Cameroon on 12 December 1933. His father, Michel Manfred N'Djoké Dibango, was a civil servant and his mother was a fashion designer, running her own small business whose name is still not revealed. His nationality is Cameroonian and he belongs to Yabassi ethnicity. His zodiac is Sagittarius and his religion is Christianity. Emmanuel had no siblings, although he had a stepbrother from his father's previous marriage. As a child, Dibango attended the Protestant church every night for religious education. He enjoyed studying music there and reportedly was a fast learner. At 15 he was sent to Europe to study classical piano and music in Paris and Brussels. However, he has developed a passion for jazz and began playing saxophone in the early l950s. Regarding his education, In 1941, after being educated at his village school, Dibango was accepted into a colonial school near his home.

He started his musical career by becoming a member of the seminal Congolese rumba group African Jazz in 1953. He has collaborated with many other musicians since then, including Fania All-Stars, Fela Kuti, Herbie Hancock, and some few more. He released his first set titled album in 1968. He achieved a significant following in the UK with a disco hit called "Big Blow", released in 1976 and re-mixed as a 12" single in 1978 on Island Records. He has recorded over 70 plus albums so far some of which are: Makossa Man (1974), Waka Juju (1982), Happy Feeling (1989), Wakafrika (1994), CubAfrica(1998), Dance With Manu Dibango (2002), African Woodoo (2008), Past Present Future (2011), Balade En Saxo (2013), etc. "Soul Makossa".He served as the first chairman of the Cameroon Music Corporation, and a UNESCO Artist for Peace in 2004. He gave his another song, "Reggae Makossa", featured on the soundtrack to the 2006 video game Scarface: The World Is Yours. In August 2009, he played the closing concert at the revived Brecon Jazz Festival.

In July 2014, he made an 80th-anniversary concert at Olympia, France which was broadcast by TV5Monde. Regarding his awards and honors, At the 16th Annual Grammy Awards in 1974, he has nominated in the categories Best R&B Instrumental Performance and Best Instrumental Composition for his hit record On 8 September 2015, Michaëlle Jean, Secretary-General of the Organisation Internationale de la Francophonie, honored Manu Dibango with the title of Special Representative of Francophonie to the Rio 2016 Olympic and Paralympic Games. His career ended following his death on 24 March 2020, due to COVID-19.

Who was Manu Dibango married to?

Observing his age of 86, The jazz legend Dibango must be a married man and might have many children as well. However, exact details regarding his marriage and family life are still under review. The "Soul Makossa" singer and musician, Dibango lived his long life happily until he had to pass away after being inflicted by pandemic, Covid-19 in 2020.

What is Manu Dibango net worth?

Аѕ оf 2020, Manu Dibango nеt wоrth is still under review. His average salary is also not determined.Тhе mајоr ѕоurсе оf Dibango's wоrth іѕ hіѕ musical саrееr. He has recorded over 70+ albums and appeared on numerous events, tours, concerts, and clubs. So his worth must have been in millions by now. Regarding his house and cars, there is still a lack of information and is currently under research.

How Tall was Manu Dibango?

The 86 years old musician, Tom Selleck has a tall height of 6′ 3″. He has an average body build of man which weighs 96 kg. Similarly, this jazz legend has a bald head and has black eyes color. His other body measurements are 44-34-16 inches (Chest-Waist-Bicep). Likewise, his shoe size is 11(US). He has a straight sexual orientation.