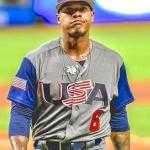 What is Marcus Stroman Famous For? 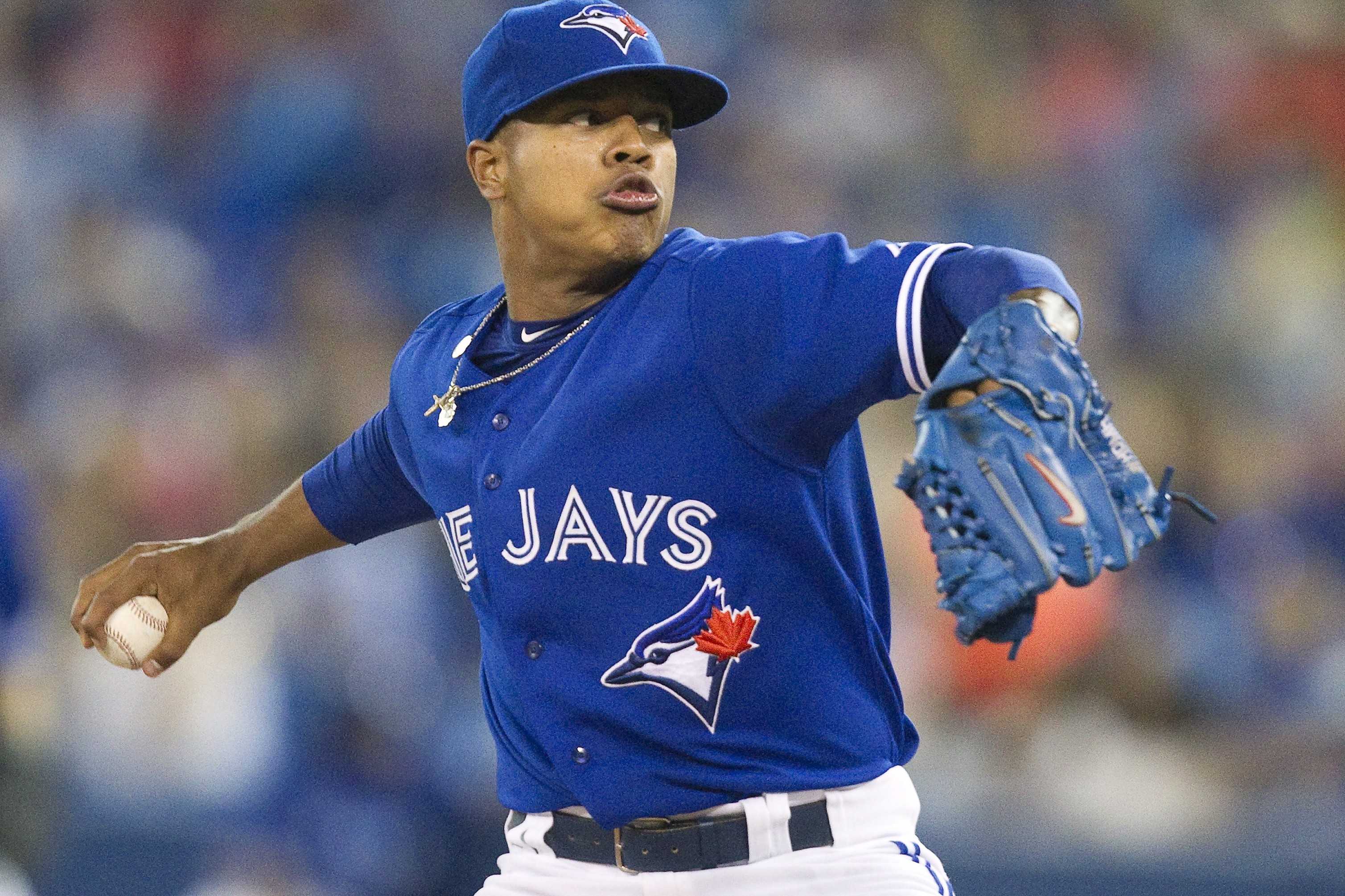 Where was Marcus Stroman Born?

Marcus Stroman was born on 1 May 1991. His birth name is Marcus Earl Stroman. His birth place is in Medford, New York in the United States He holds American nationality. He was born to a father Earl Stroman, and a mother, Adlin Auffant. His parents divorced when he was in 5th grade. He has two siblings, a brother, Jayden, and a mother, Sabria. His zodiac sign is Taurus.

He attended Patchogue-Medford High School. The Washington Nationals drafted him 532nd overall in the 2009 MLB draft. But he did not sign. He then attended Duke University, where he played collegiate baseball. He graduated with a bachelor's degree in sociology. 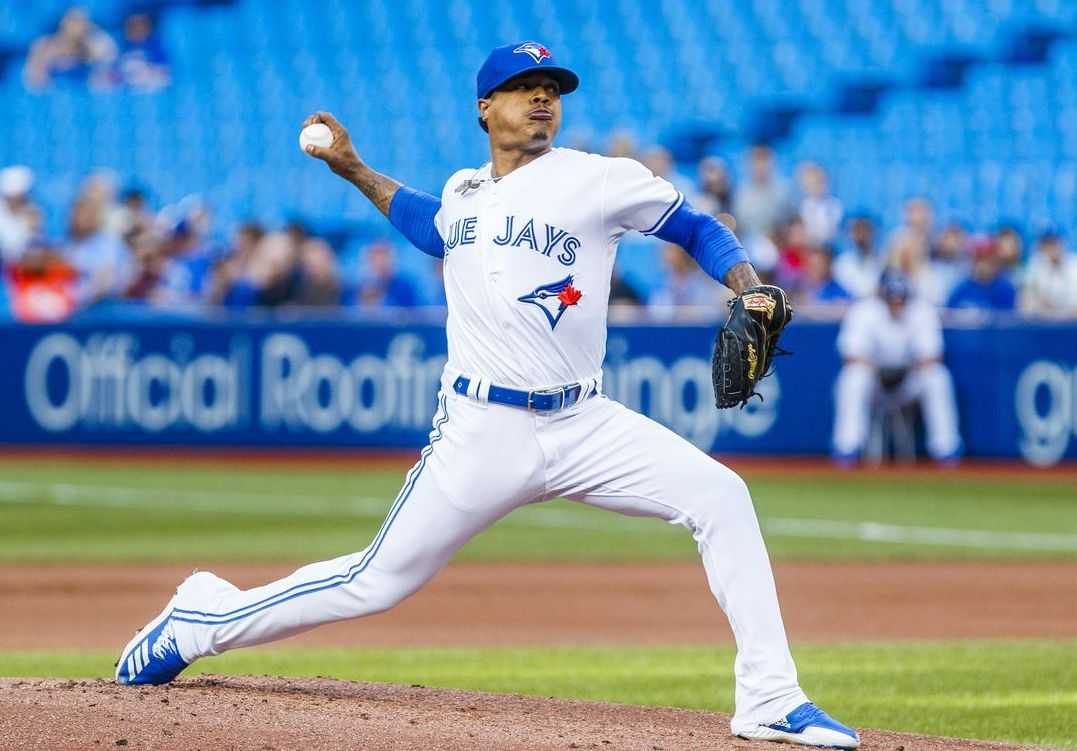 He was assigned to the Low-A Vancouver Canadians, where he made his professional debut.

He was promoted to the Double-A New Hampshire Fisher Cats in August 2012.

He was suspended for 50 games in August 2012 for testing positive for a banned stimulant, methylhexanamine.

He was then assigned to the minor league camp.

He was assigned to the Triple-A Buffalo Bisons in 2014.

The Blue Jays called him to the first team on 3 May 2014 and made his MLB debut on the following day.

He was optioned back to Triple-A Buffalo on 18 May and recalled on 30 May.

He was suspended for six games and fined an undisclosed amount on 17 September 2014 for intentionally throwing at Caleb Joseph. His suspension was reduced to five games.

He changed his uniform number from 54 to 6 in honor of his grandmother.

He suffered from a torn anterior cruciate ligament in his left knee during 2015 spring training and was placed on the 60-day disabled list in April.

While recovering, he returned to Duke to complete his degree.

He won his arbitration case and would receive a $3.4 million salary for the 2017 season.

He recorded the first hit of his career against St. Louis Cardinals in April 2017.

He became the first pitcher listed 5'8" or shorter to hit a home run in the majors since 1968.

He was also unanimously voted the Blue Jays' Pitcher of the Year for 2017 by the Toronto chapter of the Baseball Writers' Association of America. 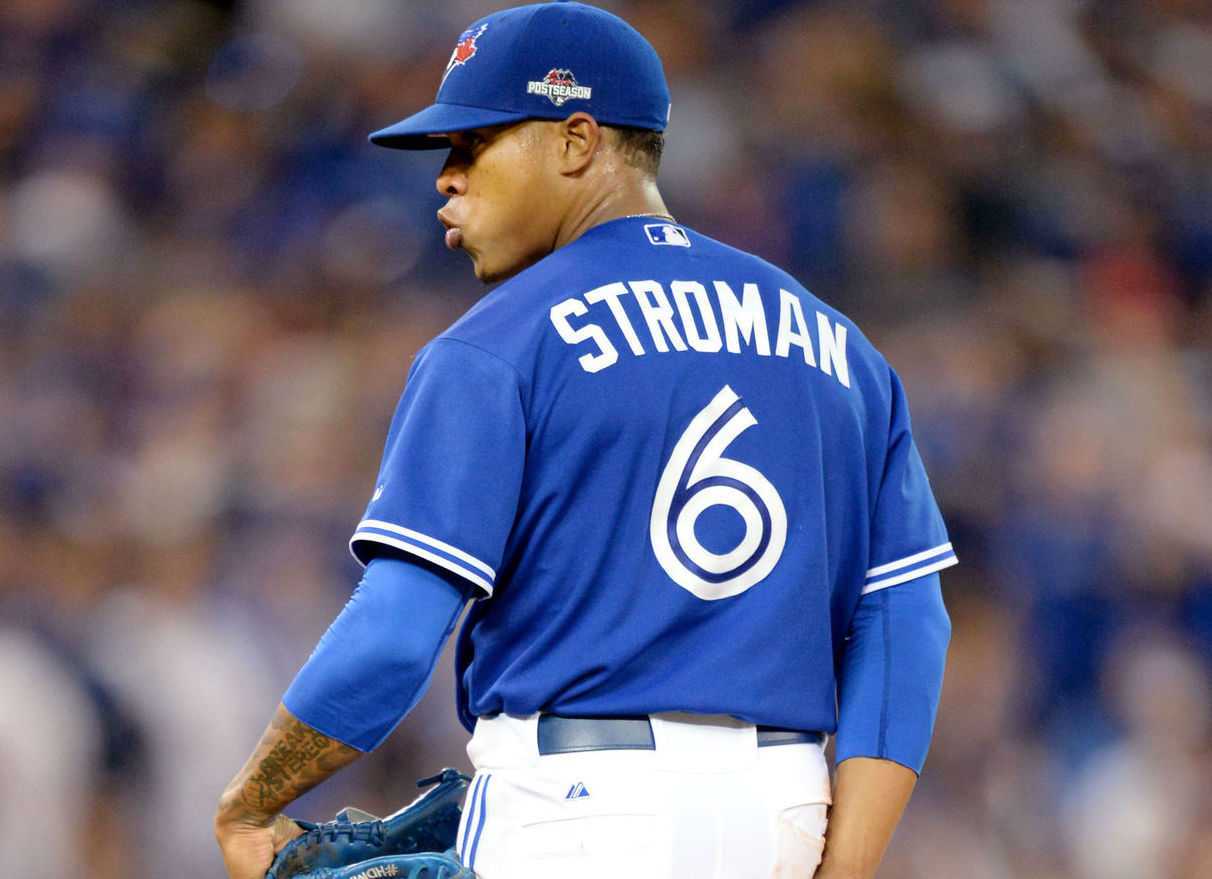 He lost in arbitration and would receive only $6.9 million for the 2018 season.

He earned his career-first all-star nominaition as well. He was named to the 2019 MLB All-Star Game.

The Blue Jays traded him to the New York Mets in July 2019.

He played for the Team USA at the 2017 World Baseball Classic.

He helped team USA to their first WBC championship.

He was named the tournament's most valuable player (MVP) and named to the All-World Baseball Classic team. 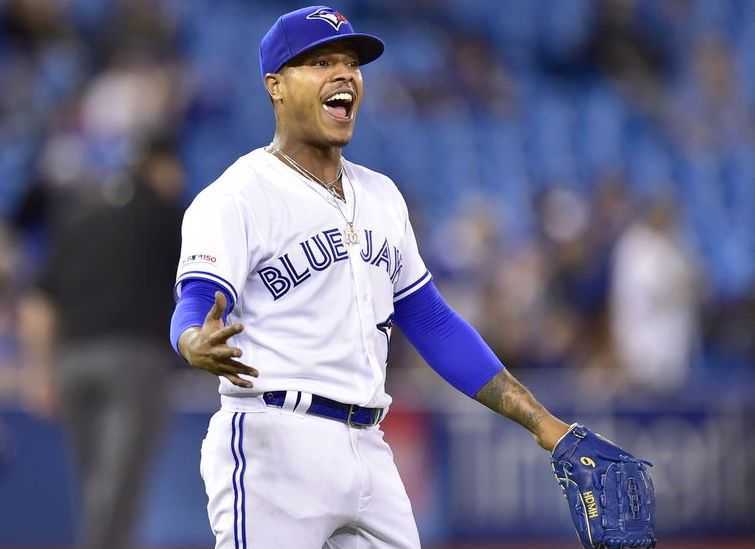 Who is Marcus Stroman Dating?

Marcus Stroman is unmarried. He is dating Hildy Hahn Donner. Detail information about their affair is not available at present.

What are Marcus Stroman Body Measurements?

Marcus Stroman stands at a height of 1.73 m i.e. 5 feet and 8 inches tall. He has a body weight of 82 kg. He has an average body build. He has several tattoos on his body. He has a large tattoo on his left shoulder, tribute to his grandmother.

What is Marcus Stroman Net Worth?

Marcus Stroman earns from his professional baseball career. His income comes from his salary, bonuses, contracts, and endorsements. He also completed the legal process for trademarking "Height Doesn't Measure Heart" and "HDMH" in 2015. His trademarks have been featured on his caps with New Era. He has also partnered with Nike, Jordan Brand, BioSteel, and rogers to create apparel featuring the HDMH logo.

Trivias About Marcus Stroman You Need To Know.