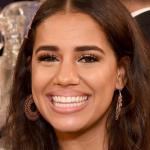 Mariah Riddlesprigger is an American former volleyball player who has participated in several of the volleyball competitions representing her high school and university. She is an alumnus of Rice University who even has been awarded the "Junior League Senior Girl Athletic Award".

Apart from these, she is well-recognized as the girlfriend of a popular basketball player, Giannis Antetokounmpo. Giannis is a popular Greek professional basketball player who plays for the Milwaukee Bucks of the National Basketball Association.

Marian and Giannis are called out to be one of the popular couples in the sports field and are even the parents of two children welcoming their second son in 2021. With her up growing popularity, she has managed to amass a healthy fan following on her social media sites; on Instagram: @sincerelyymariah with over 104k followers.

What is Mariah Riddlesprigger Famous for? 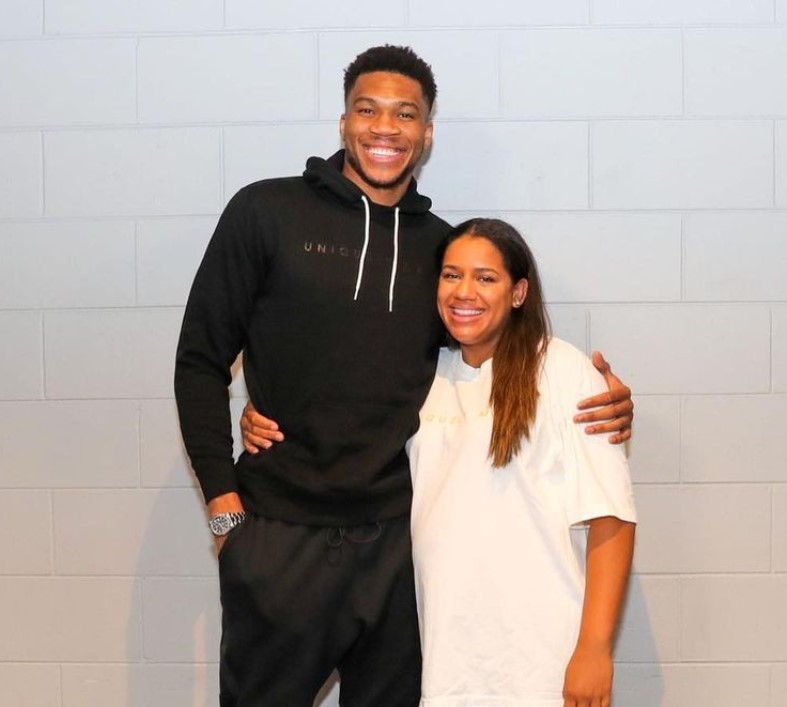 Where is Mariah Riddlesprigger From?

Mariah Riddlesprigger was born on September 17, 1992, in the United States. Her birth name is Mariah Danae Riddlesprigger. Her nationality is American. Mariah belongs to the African-American ethnicity while Virgo is her zodiac sign.

Born as the eldest daughter to her parents; Pat Riddlesprigger(father) and Cathy Riddlesprigger(mother), Mariah was raised in her hometown alongside her two younger sisters, namely, Makayla and Maya. Her father, Pat was a basketball player who played for the Fresno State Univerity while her mother, Cathy works as a regional sales manager for "Allstar Fire Euipment Inc.".

She attended Bullard High School from where she got graduated in 2010. Following which she joined Rice University from which she graduated earning a Bachelor's degree in sport management and sociology with a minor in business in 2014.

Growing up, she had an interest in sports alongside she was excellent in academics. Since high school, she played volleyball that she even had received the title of "Scholar-Athlete" and the "Junior League Senior Girl Athlete Award" during her time at the high school. Her tricks even proved to be an asset while she was on the university's volleyball team. 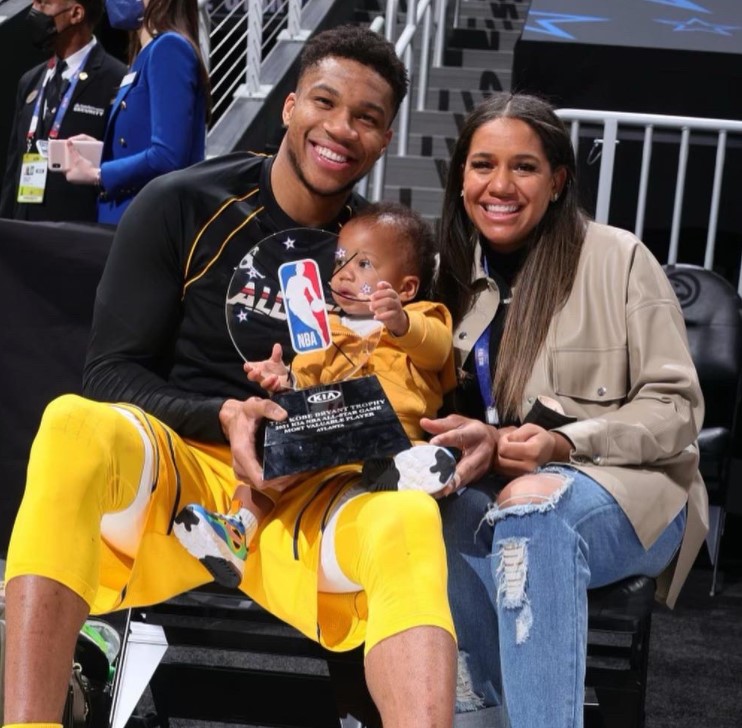 Who is Mariah Riddlesprigger's Boyfriend? Is she a mother of two?

Mariah Riddlesprigger is currently in a relationship with her boyfriend, Giannis Antetokounmpo. Her love partner, Giannis is a well-known personality in the basketball field called by the nickname of "Greek Freak". He currently plays for the Milwaukee Bucks of the National Basketball Association who had won back-to-back NBA Most Valuable Player Awards in 2019 and 2020, becoming one of the only three players to have won the title before turning 26 after Kareem Abdul-Jabbar and LeBron James.

Born in the year of 1994, Giannis is two years younger than Mariah. The couple loves each other very much that they never even tried hiding it from the world. On 8th November 2017, Giannis posted a photo of himself with his girlfriend, Mariah, in front of the Eiffel Tower.

He even had posted a photo of himself and his girlfriend, Mariah who was pregnant with their first child on Instagram he even thanked Mariah to be a part of his family. The couple has been together for some years now and is living together in Milwaukee. They even are blessed with their two children; their first son, Liam  Charles whom they welcomed on February 10, 2020. In 2021, she welcomed their second son; Maverick.

Mariah and Giannis are happily living together and even celebrating the 2021 Halloween together alongside their two sons.

Mariah Riddlesprigger has quite good earnings from her professional career as a volleyball player. Having her career started with her high schooling, Mariah has managed to come a long way up becoming one of the high-scoring players while in her university.

Her top scores and valuable training skills surely had earned her a healthy fortune which is said to be around $900k. While her boyfriend, Giannis who is one of the best basketball players at the moment has a whopping net worth estimated to be around $70 million.

Mariah Riddlesprigger is a gorgeous lady with a well-maintained athletic body physique in her early 20s. She stands tall with a height of 5ft. 10inch.(1.78m) while her body weighs around 60kg(132 lbs).

She has a bold personality which can be certain through her body features which have a measurement of 38-29-38 inches with 31DD as her bra cup size. She has a brown complexion skin with distinct curly black hair and sparkling dark brown eyes.