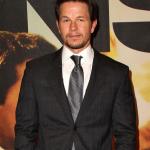 Mark Wahlberg is a famous American actor, producer, and former rapper. Mark Wahlberg who gained fame as a member of the rap group Marky Mark and the Funky Bunch and then as a Calvin Klein model before launching a successful film career. Wahlberg was the youngest of nine children in a working-class family living in the Dorchester district of Boston.

He has a bad boy image at a young age. He was charged with several cases, harassment, attempted murder, and assault and been sentenced for two years but served only 45 days. He turned to film in the 1990s, earning acclaim for his work in The Basketball Diaries, Boogie Nights, and Three Kings. Wahlberg was involved in the Academy Award-winning films The Departed and The Fighter and has since steadily churned out starring roles in such features as Transformer: Age of Extinction, Ted and Daddy's Home.

He has won the British Academy Award for Best International Programme for "Entourage" in 2007, MTV Movie & TV Awards for Best On-screen Duo for the movie "Ted" in 2013. He has also won Best Actor, Best Supporting Actor, Best cast in 2006, and 2010 for "Boogie Nights", "The Fighter".

What is Mark Wahlberg famous for? 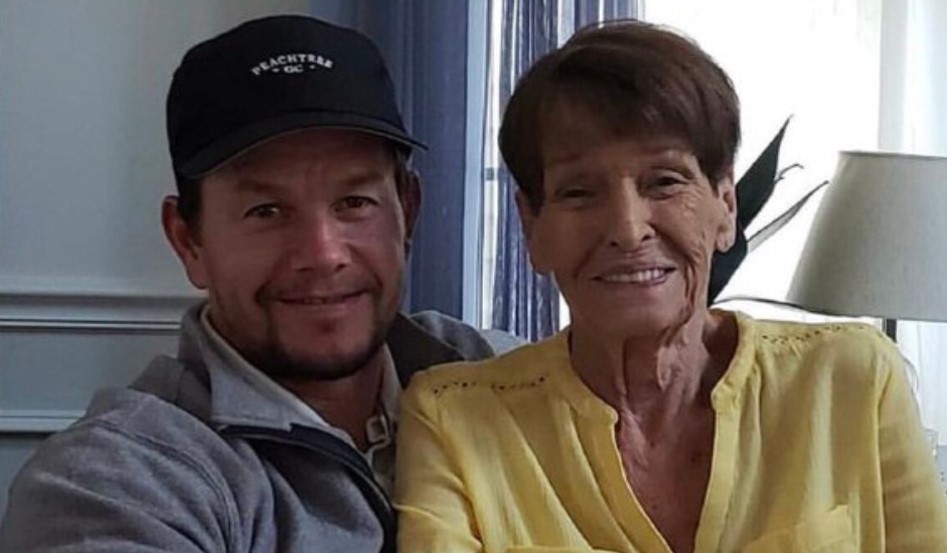 What Nationality is Mark Wahlberg?

Mark Robert Micheal Wahlberg by his birth name. He was born on 5 June 1971 in a poor working-class district in Dorchester of Boston, Massachusetts, USA. He is an American citizen. He is from white Ethnicity. He holds an American nationality.

He is the son of Alma Elaine (Donnelly), a nurse's aide and clerk, and Donald Edward Wahlberg, a delivery driver. Wahlberg is the youngest of nine children. He is of Swedish (from his paternal grandfather), French-Canadian, English, Irish and Scottish, descent. The large Wahlberg brood didn't have a lot growing up, especially after his parents divorced when he was eleven. About his education, Wahlberg dropped out of high school at age fourteen (but later got his GED) to pursue a life of petty crime and drugs. He'd spend his days scamming and stealing, working on the odd drug deal before treating himself to the substances. He received his high school diploma 25 years after dropping out of the Snowden International School in Massachusetts (previously known as Copley Square High School).

He is the youngest son of his family. He has 9 siblings. His older siblings are Arthur Wahlberg, James Wahlberg, Debbie Wahlberg, Michelle Wahlberg, Paul Wahlberg, Tracey Wahlberg, Robert Wahlberg, and Donnie Wahlberg. Robert, Donnie, and Mark are from their mother's third marriage with Donald Wahlberg. Half-siblings from his father's side of the family are Scott Wahlberg, Buddy Wahlberg, and Donna Wahlberg. By religion, he is Roman Catholic, despite the church's opposition he openly supports same-sex marriage. He is Gemini by Zodiac Sign. 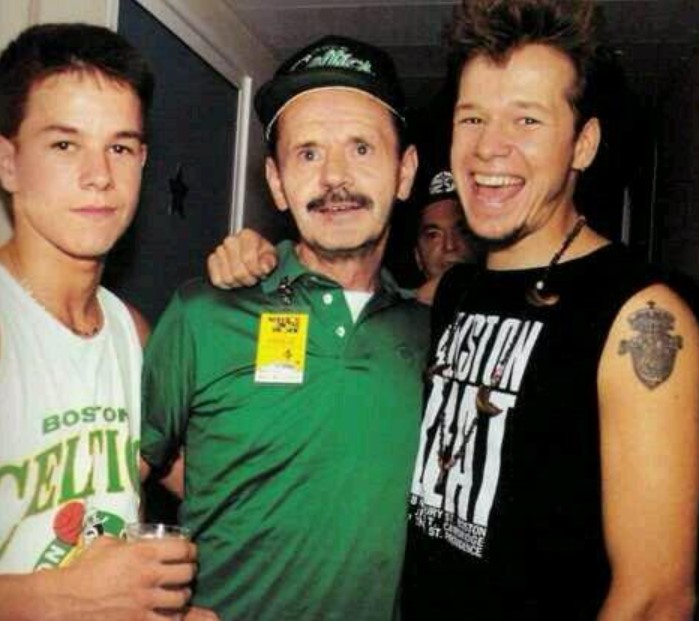 Everything To Know About Donnie Wahlberg

Wahlberg, born the youngest of nine children all living in a three-bedroom apartment, dropped out of school around the age of fourteen and joined a gang.  During this time, he was reportedly in trouble with the law around 20-25 times, for dealing drugs and various other offenses. He also claims he became addicted to cocaine during this period. 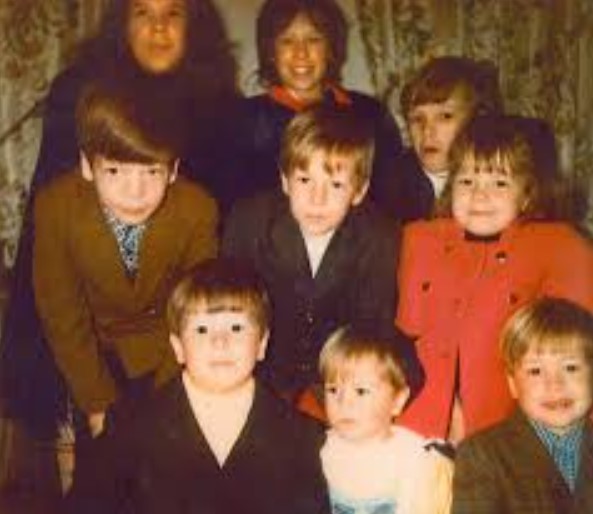 There are numerous awards and nominations honored for several categories in various years. He has won FFCC (Florida Film Critics Circle) Award in 1998, won ICP Award for Best supporting performance for "The Departed" movie in 2006, won

Monte-Carlo TV Festival for Best International Producer-comedy for "Entourage" in 2006, won Boston Society of Film Critics Awards for Best Ensemble Cast for "The Fighter" movie and Best Actor for the same AAFCA Awards in 2010. He has also nominated for Oscar Award, Golden Globes USA, for the Best Performance by an Actor in a Supporting Role for "The Departed" movie in 2007 and 2011. He was also nominated for comedy series movies for the "Outstanding comedy series", "Outstanding Drama Series" for Boardwalk Empire in 2010 and "Entourage" movie in 2009.

Before earning fortune and fame as an actor, Wahlberg had a troubled past. From 1986 (when he was about 15 years old) to roughly 1992 (when he was about 21), he allegedly engaged in violent and racially motivated acts. One act was against a Vietnamese man named Johnny Trinh, whom Wahlberg reportedly attacked and punched in the eye, reports. In 2014, Wahlberg applied for a pardon for his crime against Trinh. “He was young and reckless, but I forgive him now. Everyone deserves another chance,” Trinh told The Guardian in a 2014 interview.

He also was involved in attacks on various groups of African American children which involved the yelling of racial epithets. 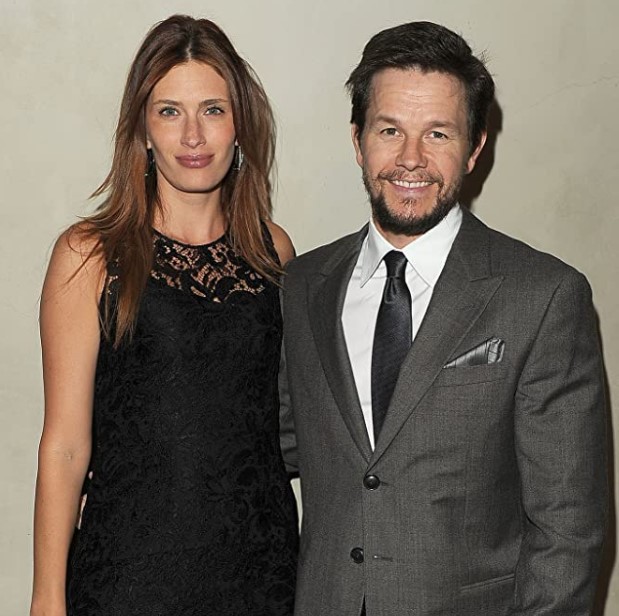 Rhea Durham and Mark Wahlberg have been married for 8 years. They got married on August 1, 2009, at the Good Shepherd Catholic Church in Beverly Hills with his closest friends and relatives. They were dating for 4 years after getting together in 2001 The couple had three children, daughter Ella, and sons Michael and Brendan, before tying the knot. In 2010 they welcomed their fourth child together, daughter Grace Margaret.

Dallas star Jordana Brewster began dating Mark Wahlberg in 2000, a romance they kept on the down-low the entire two years the couple spent together. 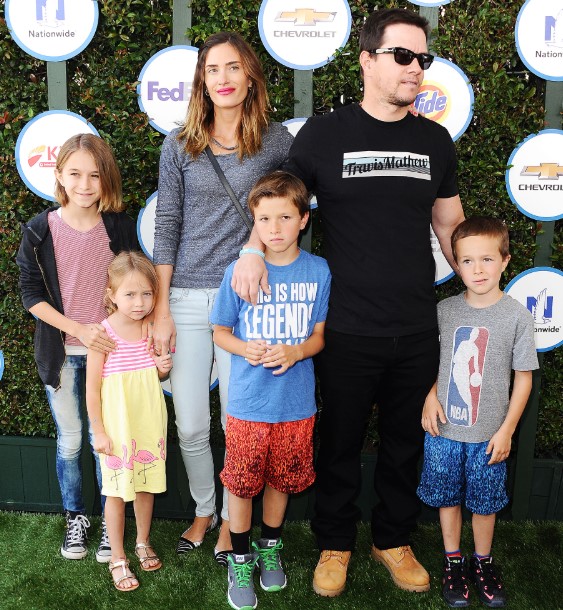 Today his primary residence is an absolutely stunning estate in the gated Beverly Park community of Beverly Hills. Wahlberg and his wife bought one of Beverly Park's last-remaining undeveloped lots in May 2009 for $8.25 million. Sitting on 6-acres, he hired famed architect Richard Landry to design what became a mildly-ridiculous (in a good way) 30,000 square-foot main house. Construction costs alone likely topped north of $20 million. The final product features a golf course, basketball court, large pool, movie theater, and much more.

How tall is Mark Wahlberg?

Although he is not a professional gym freak he has an athletic body structure. He transforms his body as the movie demands but normally he maintains his body and keeps a slimmer body. He is 1.73m (5feet 8 inches) tall and weight of 84kg (185lbs). Hazel is his eye color and his hair color is Brown.

He originally gained fame as the rapper known as "Marky Mark". He eventually became a highly sought-after actor, producer, and entrepreneur. Mark along with family members are the founders of the Wahlburgers restaurant chain. and he has endorsed the following brands (AQUAhydrate, AT&T, Calvin Klein, Chloe, and Indian Motorcycle and products)for the income.

He has an endorsement deal with Calvin Klein television advertisements in 1992 which was shot by Herb Ritts. He also made a workout video titled The Marky Mark Workout: Form, Focus, and Fitness.

He began serving as a brand ambassador for a line of sports nutrition supplements by GNC called Marked in 2012. He became a spokesman for AT&T in 2017 so he could create original content for the mobile network division and was paid USD 10 million for the deal. He has also done endorsement for AquaHydrate, Indian Motorcycle & Chloe. He is also keen on doing charities work with or support for them. He was involved in some charitable organization like "A place called home", "American Red Cross", "Be the Change", "Charlotte and Gwenyth Gray Foundation" and Elevate Hope Foundation".

Trivias About Mark Wahlberg You Need To Know.