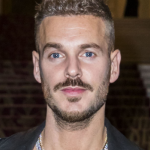 French singer-songwriter Matt Pokora is one of the rising superstars of France. He is famously known as the coach for The Voice Kids France and The Voice: la plus belle voix. He earned attention as a member of French R&B group Mic Unity. You can read all about his background and his career so far below.

Who are the parents of Matt Pokora?

Recalling his early life, Matt was born in Strasbourg, France. He is the son of former French footballer, Andre Tota and house-maker, Brigitte Tota. Growing up in the blended family in a broken house, he remained solely attached to his mother following his parents’ divorce in 1998.

Regarding his education, He completed his elementary education in Hohberg, and later studied at the College Paul-Emile Victor and Lycee Aristide Briand in Mundolsheim and Schiltigheim. In his youth, football was his first passion and he wanted a professional playing career, but, later opted for music.

When did matt Pokora pursue his music career?

Who Is Matt Pokora Dating?

Reflecting his personal life, Matt Pokora isn’t married but is in a committed relationship with American actress/singer, Christina Milian. The 33-year old artist has been dating 37-year-old Christina of Afro-American origin since August 2017.

French artist Matt Pokora is at present in a romantic relationship with ‘The Gifted Man’ actress, Christina Milian. Christina who was once married and shares a child with her ex-husband, ‘The-Dream’, shocked everyone when she started going out with Matt Pokora, 4-years her junior.

The seemingly happy couple came public with their relationship in August 2017, but the small details like when and where they meet are best known to them. For now, Matt Pokora and Christina prefer to keep their private life on the down-low and their relationship is going strong with each passing day. What's more, Matt and Christina happily gushed the news that they are expecting their first baby in 2020 through their Instagram.

What is Matt Pokora Net Worth?

Matt Pokora holds the net worth of around $1 million at present, all thanks to his lucrative career as a singer. Also, the average salary of a singer in France is $58210.56 per year. So, considering his career graph, Matt earns like any other singer.

How tall is Matt Pokora?

Observing his body statistics, Pokora stands a height of 5 feet 10 inches tall and weighs around 72 Kg. He is gorgeous with his sexy accent and Adonis-like face. With his tall height, naturally dark hair, sharp facial feature, and luscious beard, he makes up to be one of the hottest French personalities. Not only is this Parisian man smoking hot, but also a very talented musician.

Also, famous for his tattoos, his gym-honed body is almost covered with ink. Plus, his deep blue eyes and winning smile is just drool-worthy! Also, just google his name and your eyes will be treated with numerous shirtless pictures of his!

In between his gym, song-writing, and tours, he leads a very active social life. With nearly 2 million Instagram followers, he is also a social media influencer, who uses his account to update fans on personal and professional events.