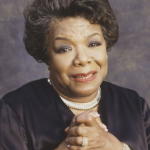 Maya Angelou was an American poet, memoirist, and civil rights, activist. During her lifetime, she published seven autobiographies, three books of essays, several books of poetry, and also she is credited with a list of plays, movies, and television shows spanning over 50 years. She was renowned for her series of seven autobiographies, which focus on her childhood and early adult experiences. She became a poet and writer after a string of odd jobs during her young adulthood which included fry cook, sex worker, nightclub performer, Porgy and Bess cast member, Southern Christian Leadership Conference coordinator, and correspondent in Egypt and Ghana during the decolonization of Africa. Furthermore, she was also an actress, writer, director, and producer of plays, movies, and public television programs. Moreover, she was also active in the Civil Rights Movement and worked with Martin Luther King Jr. and Malcolm X. With the publication of "I Know Why the Caged Bird Sings", she publicly discussed aspects of her personal life. The week after Angelou's death, I Know Why the Caged Bird Sings rose to number 1 on Amazon.com's bestseller list. Her books center on themes including racism, identity, family, and travel. Maya is also known for her feminist thoughts, as mentioned in her famous poem "Phenomenal Woman". Sadly, she dies at 86 on May 28, 2014.

Maya Angelou Cause of Death

Maya Angelou died on 28th May 2014 at the age of 86. She was found by her nurse. Although Angelou had reportedly been in poor health and had canceled recent scheduled appearances, she was working on another book, an autobiography about her experiences with national and world leaders. During her memorial service at Wake Forest University, her son Guy Johnson stated that despite being in constant pain due to her dancing career and respiratory failure, she wrote four books during the last ten years of her life. He said, "She left this mortal plane with no loss of acuity and no loss in comprehension." Tributes to Angelou and condolences were paid by artists, entertainers, and world leaders, including Obama, whose sister was named after Angelou, and Bill Clinton. Harold Augenbraum, from the National Book Foundation, said that Angelou's "legacy is one that all writers and readers across the world can admire and aspire to." Maya Angelou has become the first Black woman in the United States quarter. It is the first to be released in the American Women Quarters Program. KRON4 spoke with East Bay Congresswoman Barbara Lee, who led the effort to create the coins. Soon you could be holding a historic coin in your hands. The U.S. Mint began shipping the coins this week. "I'm just excited because so many who have contributed to the building of this country, the public only sees the founding fathers, and now they’ll be able to see women, women of color, and our first coin is our beloved Dr. Maya Angelou," Lee said. Lee co-authored the bill to create the first American Women Quarters Program. Angelou is the first of six women honorees whose coins will be in circulation through 2025. She is pictured with her arms uplifted, with a bird in flight behind her. 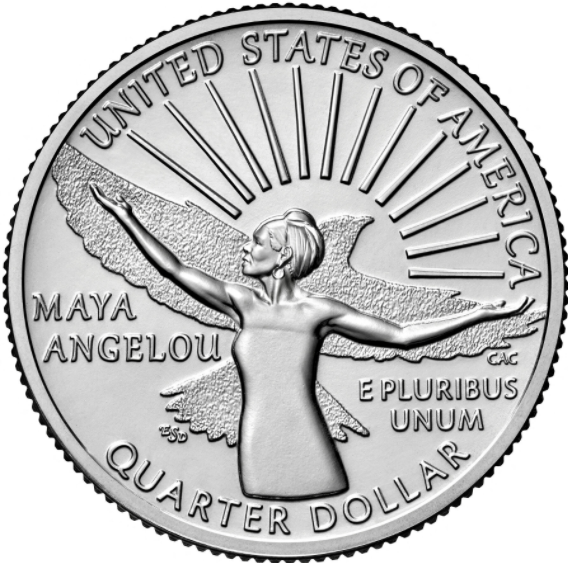 What was Maya Angelou Known For?

What was Maya Angelou Ethnicity?

Maya Angelou was born on 4th April 1928 in St. Louis, Missouri, the USA. Her real name was Marguerite Annie Johnson. She held American nationality and her ethnic background was Mixed as she had African-American ancestry with a probability of 1/8th Irish roots. Her race was black. She lastly celebrated her 86th birthday with her close ones. Aries was her Zodiac sign and she followed the Christianity religion. About her parents, she was born to her father, Bailey Johnson, and her mother, Vivian Baxter Johnson. Her dad was a Doorman and Navy Dietitian and her mother was a nurse and card dealer. She also had an older sibling, a brother namely Bailey Johnson Jr.

Focusing on her education, she graduated from the California Labor School. Then, she attended George Washington High School. She didn't go to college but she had received more than fifty honorary degrees in her lifetime. 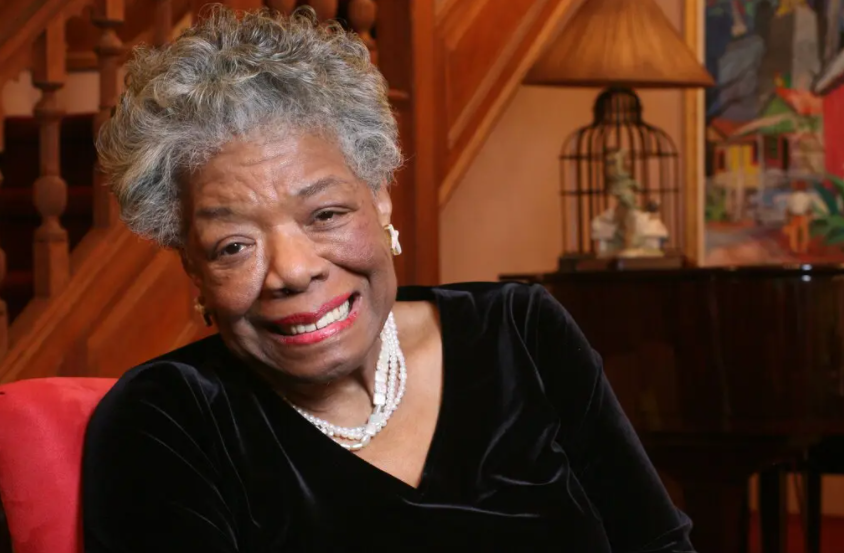 Maya Angelou Personal Life: Who was she married to?

Maya Angelou was a married woman. Firstly, she married a Greek electrician, sailor, and an aspiring musician named Tosh Angelos in the year 1951. She gave birth to their son named Guy. Later, the duo ended up in a divorce in the year 1954 after three years of their togetherness. After then, she dated Vusumzi Make from 1961 to 1962. Later, she was married to Welsh carpenter, Paul du Feu. Paul was previously married to writer Germaine Greer. In the year 1974, Paul and Maya got married and she had described their relationship as a match "made in heaven" in her second book Even the Stars Look Lonesome. But, they eventually got divorced in 1983. After that, she was not seen by anyone. Her sexual orientation was straight. 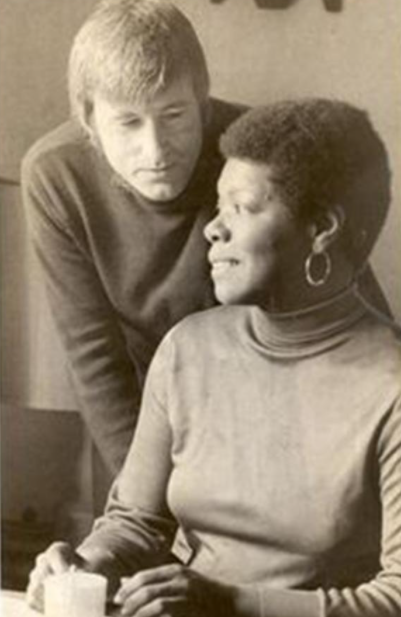 How much was Maya Angelou Net Worth?

Maya Angelou was an American poet, memoirist, and civil rights activist whose net worth was believed to have $10 Million as of 2022. She was most famous for writing the 1969 autobiography "I Know Why the Caged Bird Sings," which quickly became an international bestseller and is still standard reading material in many high schools. She had appeared in the TV commercials for Public Broadcasting System (1999), Union Bank of California (2013), Wake Forest University (2014). In the year 1994, she paid $575,000 for a home in Winston-Salem, North Carolina. The year after her death, Shelley and Daryl Bible bought the house for $500,000 and spent more than $1 million on renovations. They put the home on the market for $2.395 million in March 2020, and it sold for $2 million a few months later. Details regarding her career earning are still to get disclosed yet. Her main source of wealth is from poet career.

Maya Angelou was a beautiful and pretty woman with a charming smile and glowing face. She had a tall height of 5 ft 5 in or 165 cm and her body weight was 68 kg or 150 lbs. Her body type was average. Her hair color was black and she had a pair of black eyes. She had a gap between her front teeth. Her body measurement is still to get revealed yet.