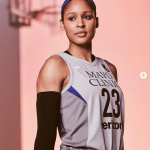 Maya April Moore, basically known as Maya Moore is a professional basketball player from Jefferson City, Missouri. She won four gold medals for America, two in the Olympics and two in the World Championships in the women’s basketball. She has played for teams like Minnesota Lynx, Ros Casares Valencia, and Shanxi Flames. Recently this 28 yrs old basketball star signed a contract with UMMC Ekaterinburg. She has won four WNBA Championships to date.

Maya Moore was born in Jefferson City, Missouri. Her full name is Maya April Moore. She started playing basketball at the age of three. Her father’s name is Michael Dabney and mother is Kathryn Moore. She has two sisters: O. Dabney and Ashley Dabney. She does not have any brother.
Talking about her education, she attended the Moreau Heights Elementary School as a child. After she joined the Collins Hill High School, she started making news for her extraordinary basketball skills and tricks. She has received numerous titles during her teenage as a basketball player.
Later, She joined the University of Connecticut after college and continued playing basketball as well. By the time she graduated Minnesota Lynx was all prepared to sign a contract with this promising future star.

The basketball career of Maya started at Collins Hill High School. By 16 she has collected a number of trophies and medals. Moore led her high school team to three consecutive state championships and a national championship in her senior years at Collins High. She was named the MVP (Most Valuable Player) for her brilliant performance against team Poly from Long Beach.
Her performance grew better by the time she had joined the University of Connecticut. She was with the Huskies and the team was ranked 22 nationwide because of her efforts and continuous devotion. Her best performance in overall was in her senior years with the Huskies. In the history of the Huskies, no player had recorded 2500 points, 1000 rebounds, 500 assists, 250 steals, and 150 blocked shots.
The professional career of Maya started with the Minnesota Lynx in 2011. She continues to play for the team to these days. So far she has won four WNBA Championships with the Lynx in 2011, 2013, 2015, 2017 respectively. She has also played for the teams like Ros Casares Valencia in Spain and Shanxi Flame in China. She recently signed with the UMMC Ekaterinburg in Russia in 2018.

Awards and Achievements of Maya Moore

Net Worth of Maya Moore

Maya Moore has an estimated net worth of $500 Thousand as of 2019, including all of her properties and earnings and enjoys the yearly salary of at least $71,000 from her present club. She was the first female to sign an endorsement deal with Jordan. 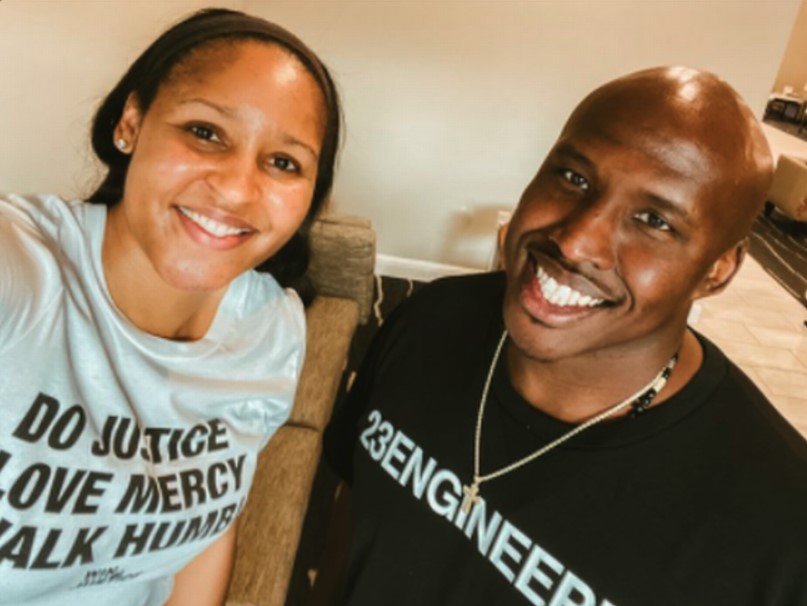 Everything To Know About Jonathan Irons

Maya Moore is an unmarried woman. She is not dating anyone currently. In many interviews, she was reluctant to reveal about her dating life and she has mentioned that basketball is everything for her.
Some online sources claimed that she is allegedly gay but, she has not addressed this rumor. She follows Christian religion. In 2015, Forbes listed her to Forbes’ 30 Under 30: The sports World’s Brightest Young Stars.
Furthermore, Moore is reluctant to speak about her personal life. Not much is known about her dating history to the public and the media. She is too young to get married.

Maya Moore has joined UNICEF Kid Power along with Aly Raisman and David Ortiz as a brand ambassador Kid Power Champion with a global mission to Haiti.
Furthermore, She is active in social media sites like Facebook, Instagram, and Twitter. She has more than 260 K followers on Facebook, around 199K followers on Twitter and approximately 221K followers on Instagram.

Maya Moore has a well-built athletic body with charismatic curves. She is very conscious about her health. Her diet plan is strict and she constantly exercises to keep herself fit and fine. She is 6 feet tall and weighs 81 kg. The color of her hair is black and she has dark brown eyes. Furthermore, Her chest, waist, and hips are 35-26-35 inches respectively.

Trivias About Maya Moore You Need To Know.